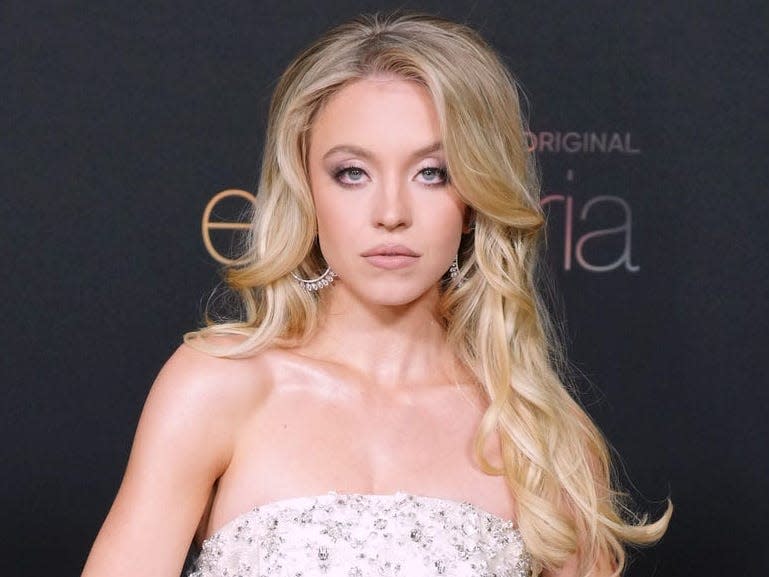 On Saturday, the “Euphoria” star revealed on Instagram that she helped organize her mother’s birthday party at a barn in Idaho. Sweeney, 24, shared photos of the hoedown-themed celebration on her Instagram Stories that showed guests line dancing and riding a mechanical bull.

“no better way to celebrate my momma than a surprise hoedown,” Sweeney, 24, captioned the post.

But soon after sharing the photos, fans of Sweeney noted that one guest appeared to wear a shirt celebrating Blue Lives Matter, a pro-police countermovement to Black Lives Matter.

People began to speculate about Sweeney’s political standpoint as the photos went viral on social media, prompting her to respond on Twitter.

“You guys this is wild,” Sweeney tweeted on Saturday. “An innocent celebration for my moms milestone 60th birthday has turned into an absurd political statement, which was not the intention.”

“Much love to everyone and Happy Birthday Mom!” she wrote.

Representatives for Sweeney did not immediately respond to Insider’s request for comment.

Sweeney became the breakout star of “Euphoria” season 2 after her character, Cassie Howard, took center stage in the drama series. Her performance as Cassie resulted in her first Emmy nomination this year.

In a February interview with Cosmopolitan, Sweeney said people didn’t take her seriously as an actress until she landed a role on HBO’s “White Lotus.”

“I don’t think as many people took me seriously in ‘Euphoria’ because I took my shirt off,” Sweeney told the outlet. “With ‘The White Lotus,’ all of a sudden, all these people came out of the woodwork like, ‘You’re the most amazing…’ and I’m like, But I went through the craziest emotional roller coaster in ‘Euphoria.’ So, thanks?”