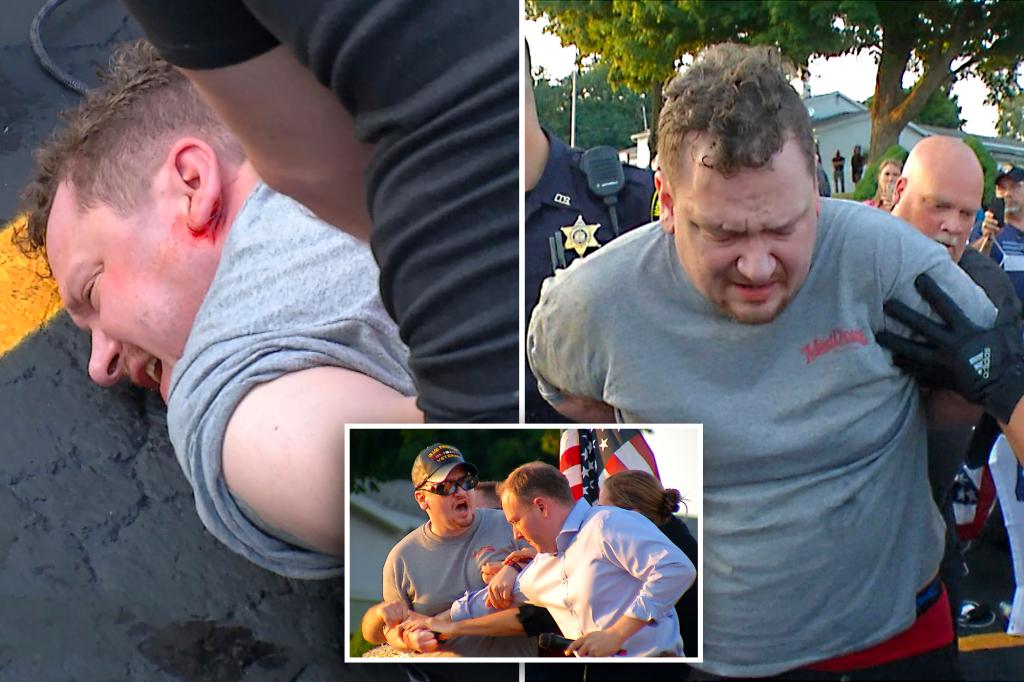 The Army veteran who attacked gubernatorial candidate Lee Zeldin during a campaign stop near Rochester was arrested Saturday afternoon on a federal assault charge, according to a report.

David Jakubonis, 43, is set to make a court appearance in front of US Magistrate Judge Marian W. Payson later Saturday, according to Fox News, citing an announcement by the US Attorney’s Office in the Western District of New York.

Zeldin — the Republican nominee for governor who currently represents eastern Long Island in the House of Representatives — was assaulted with a bizarre weapon during a campaign stop in Monroe County on Thursday night.

Jakubonis — who is accused of wielding “a set of self-defense knuckles which had two sharp pointed ends” at Zeldin’s throat — was charged with attempted second-degree assault, which caused him to be let out of police custody.