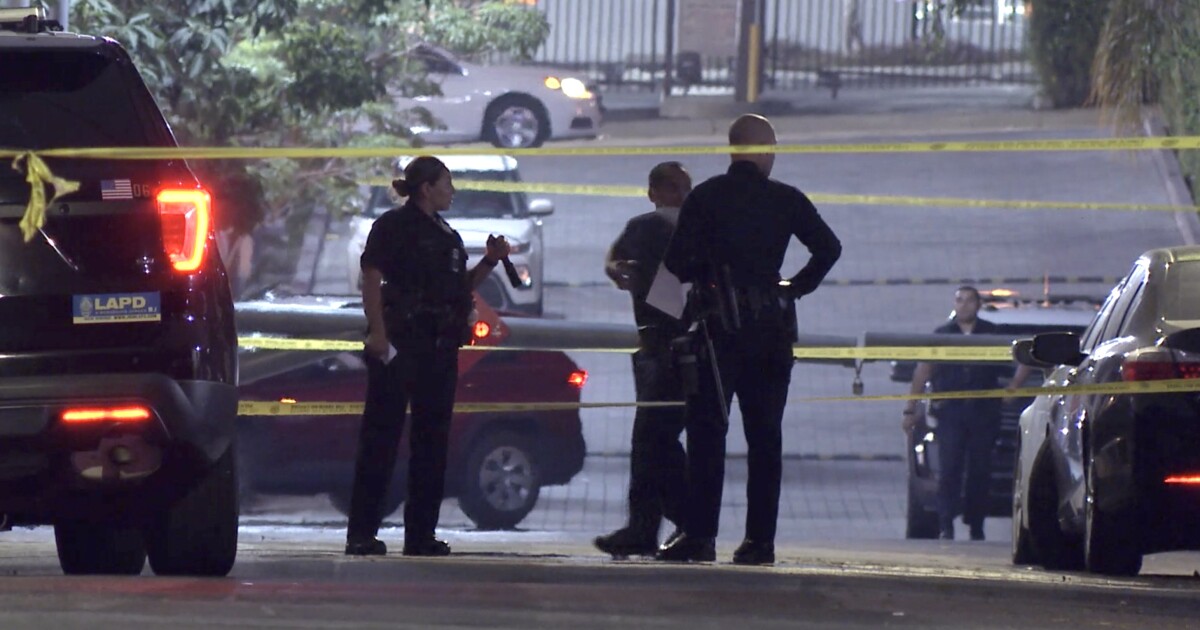 Marvin Francell Williams, 32, of Compton is wanted in connection with the deaths of Nadia Campbell, 35, and Ajani Patridge, 40, the Los Angeles Police Department said Tuesday.

Police responded to the 6100 block of Carlos Avenue, west of Gower Street, around 11:15 p.m. Thursday for reports of a shooting. Officers found a man and a woman had been shot and died at the scene, according to the Los Angeles Fire Department.

Campbell’s three children, ages 8, 6 and 1, were in a vehicle nearby at the time of the shooting. Williams was dating Campbell, and police are treating the incident as domestic violence, according to the LAPD.

Williams remains at large and should be considered armed and dangerous, police said. He is described as 5 feet 11, about 160 pounds and has multiple neck tattoos. He was last seen walking north on Vista Del Mar Avenue after the shooting, police said.

Anyone with information about the suspect or the shooting is asked to call LAPD West Bureau homicide investigators at (213) 382-9470.