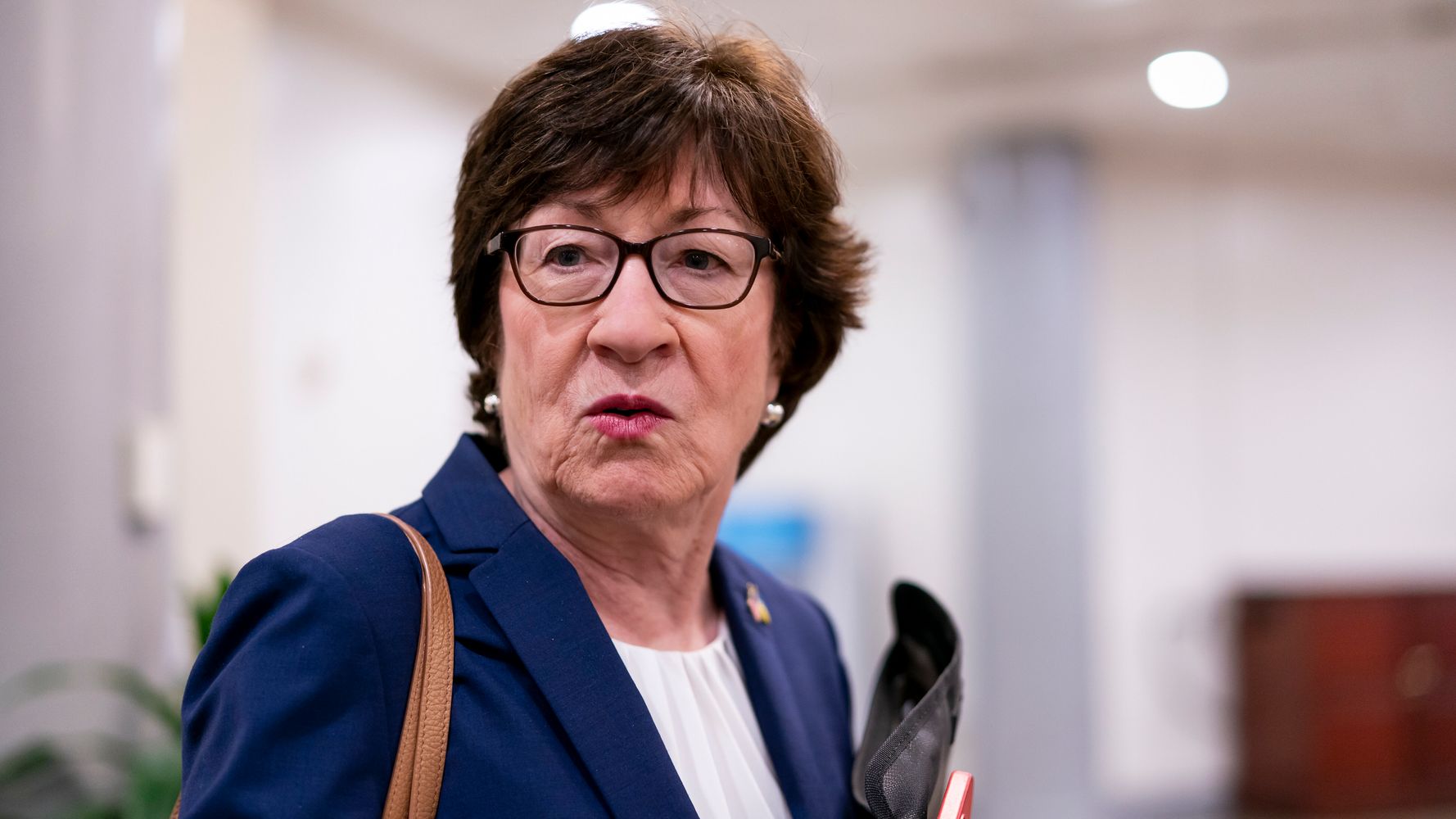 Sen. Susan Collins (R-Maine) called the police on Saturday over a chalk drawing on a public sidewalk by her home that politely asked the Maine Republican to protect abortion rights by codifying Roe v. Wade.

Police in Bangor, Maine, responded Saturday night to investigate the water-soluble message that asked Collins to support the Women’s Health Protection Act, which effectively keeps abortion rights legal at the federal level in the event that the Supreme Court overturns the 1973 ruling guaranteeing abortion access.

“Susie, please… Mainers want WHPA —> vote yes, clean up your mess,” the message read, according to the police report. The message was first reported Monday by the Bangor Daily News, which said the chalk drawing was not visible by Monday afternoon.

Collins told the newspaper that she was “grateful” to police and the city’s public works employee “who responded to the defacement of public property in front of our home.”

Bangor police spokesman Wade Betters confirmed to HuffPost that a complaint was made about the chalk message, saying it was not threatening and no crime was committed. He said the city’s public works department washed off the chalk.

The senator’s office did not respond to HuffPost’s request for comment on whether focusing energy on constituents’ reactions to their oppression is more important than the oppression itself.

This is the sidewalk chalk Susan Collins called the Bangor PD over, it says “Susie, please, Mainers want WHPA → vote yes, clean up your mess”

She called the goddamn cops. Over chalk. She’s going to be responsible for murdering women, but this? Too much. pic.twitter.com/aYYbQN7RdB

In February, Collins voted against advancing the Women’s Health Protection Act to the Senate floor and has opposed eliminating the filibuster to do so despite voicing support for abortion rights. She joined Sen. Lisa Murkowski (R-Alaska) in introducing a separate bill that would codify Roe v. Wade while still allowing states to restrict abortion access after fetal viability.

The chalk drawing is part of a larger wave of protests across the country in response to a leaked Supreme Court draft opinion that showed the conservative majority justices overturning Roe v. Wade. While the actual ruling is expected sometime in June, the draft authored by Justice Samuel Alito shocked the public into imagining a likely future without federal abortion rights.

In the draft, Justices Brett Kavanaugh and Neil Gorsuch signed on to the ruling rolling back abortion access. Collins voted to confirm both conservative justices to the court, saying she made her decision to support Kavanaugh after he told her he would not let his personal views on abortion influence his respect for legal precedent.

Protesters in the past few days have peacefully marched and chanted in front of the homes of several conservative justices, resulting in finger-wagging from politicians on both sides of the aisle as to how people should protest when their bodily autonomy is expected to be taken away.

The protests led to the Senate unanimously voting to expand security for the justices’ families — a type of security the chamber can’t seem to agree on for women and trans people.