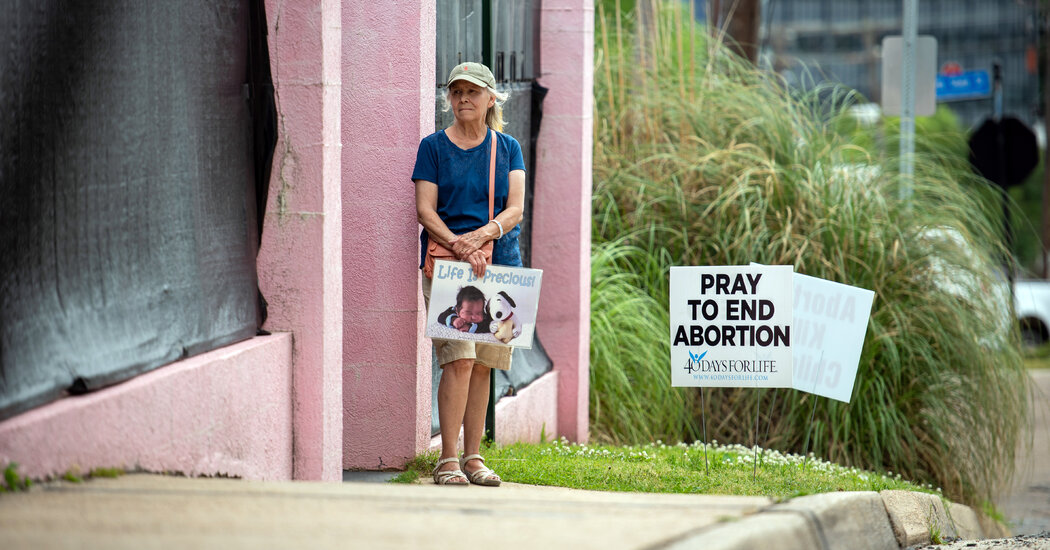 “Now that the Chief Justice has said, ‘no, that’s real,’ that changes a lot for me, because initially I’m very guarded,” said Senator James Lankford, Republican of Oklahoma. He added that the opinion “is what it should have been,” dismissing the 1973 case as “a bad case from the very beginning.”

Some Republican leaders, including Senator Mitch McConnell of Kentucky, the minority leader, avoided commenting on the substance of the draft, instead training the ire on the breach of internal trust at the court that led to the document’s publication.

Other Republicans were more blunt about their support for the draft ruling, pairing their calls to prosecute the leaker with prayers that it held when the court made it public. Senator Rick Scott of Florida, the chairman of the Senate Republican campaign arm, said, “the country is not where Democrats are — they are not for late term abortions. They are not for abortion up until birth.”

“There is nothing more special, extraordinary, and worth fighting for than the miracle of life,” said the top three House Republicans — Representatives Kevin McCarthy of California, the minority leader, Steve Scalise of Louisiana, the minority whip, and Elise Stefanik of New York, the conference chairwoman — in a statement. “We pray for the resolve of our Justices and for a decision that protects our most basic and precious right, the right to life.”

At his weekly news conference, Mr. McConnell, who took a lead role shaping the current 6-3 majority, dodged questions about his reaction to the substance of the draft opinion, insisting that the focus should be on the nature of the leak.

The two Republican senators who support abortion rights — Senators Susan Collins of Maine and Lisa Murkowski of Alaska — signaled that they would object to the ruling, as written by Justice Samuel Alito, with apparent backing from Justices Brett Kavanaugh, Neil Gorsuch, Amy Coney Barrett and Clarence Thomas.

“It was not the direction that I believed the court would take based on statements that have been made about Roe being settled and being precedent,” Ms. Murkowski said, after telling reporters that “it rocks my confidence in the court right now” should that decision become final.

In a statement, Ms. Collins pointedly noted that the ruling “would be completely inconsistent with what Justice Gorsuch and Justice Kavanaugh said in their hearings and in our meetings in my office.”