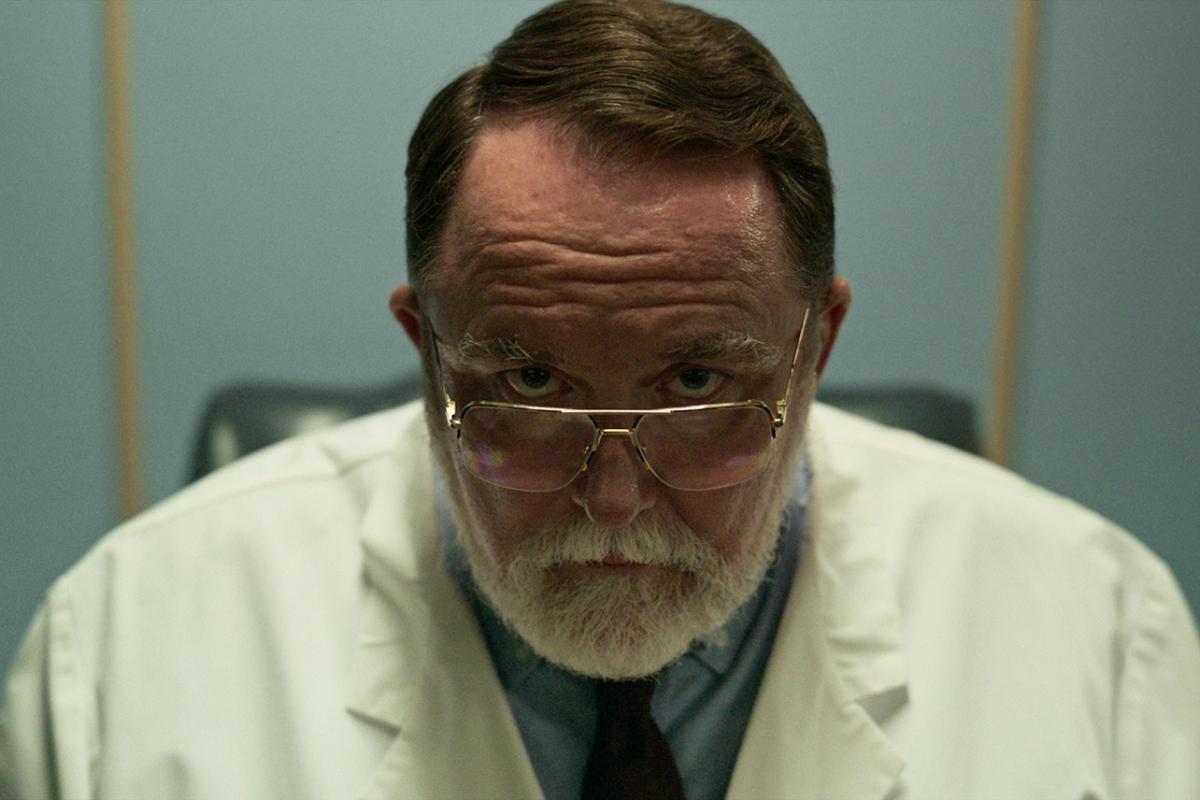 The advent of at-home DNA tests reveals the awful deception of a trusted fertility doctor in Our Father, Netflix’s latest entry in the streamer’s ever-growing stack of true crime documentaries. Doctor Robert Cline assured his patients that the donor sperm he used for insemination treatments was exclusive and selective. In reality, it was his own. Our Father tracks the effort by a group of half-siblings to expose Cline’s lies and make him pay, even as they come to terms with the crushing reality of their personal identity.

OUR FATHER: STREAM IT OR SKIP IT?

The Gist: “I personally think it was an experiment for him, some sick game,” one of his offspring/victims says in voiceover. And a sinister groan builds on the soundtrack as Our Father introduces us to “Sibling #1,” Jacoba Ballard, whose innocent online DNA test in 2014 unlocked a generation of secrets. Dr. Donald Cline, an Indianapolis-area fertility doctor, had on numerous occasions used his own sperm to inseminate patients at his clinic. Cline did this without the consent of the women who sought his treatment, and after assuring them the donor sperm was from a pool of medical students and physically matched to their husbands. Ballard recounts how she contacted each of her half-siblings as they were revealed, after taking DNA tests on sites like Ancestry.com and 23andMe. And when her research into their collective paternity consistently led back to Cline, she took their findings to the office of the Indiana State Attorney General, which remained inert. Hurt, angry, and disgusted, Ballard alerted the media. Finally, local TV reporter Angela Ganote listened.

With each reveal of another sibling – the number keeps ticking upward, #14, #22, #33, #48, and so on – Our Father tracks the effort to get a confession from Dr. Cline. At the very least, Ballard and the others want an admission that what he did was wrong. Instead, the doctor stonewalls Ganote’s reporting. He refuses to take a DNA test. And he challenges Ballard’s reasons for going public. Cline is said to be arrogant and stern, an elder at his church who populated the walls of his infertility clinic with crucifixes and Christian-themed tchotchkes. And his favorite Bible verse? “Before I formed you in thee belly, I knew thee; and before thou camest out of the womb I sanctified thee.”

The number of siblings keeps advancing. #53, #61, etc. Ballard investigates Cline’s links to the Quiverfull procreation movement within the Christian church. A court case is brought to bear against him, citing the doctor’s false statements on official documents about his use of donors and samples. And the folks living in a 25-mile radius around Indianapolis are asked to consider: how far did Cline’s reach go? (As in, be careful who you date, you might be related.) In the end, Ballard and her half-siblings are left to wonder about Cline’s motives, even as he denies his role in their provenance during an interview with authorities. “I don’t look at these people and consider them to be my children.”

What Movies Will It Remind You Of? Our Father director and producer Lucie Jourdan also produced Taken at Birth (Hulu), the 2019 documentary series about a Georgia doctor who sold black market babies out of the back of his clinic. And on Netflix, the 2021 doc Procession explores how a group of men who were victims of chronic sexual abuse by Catholic priests fostered their own community of support and healing.

Performance Worth Watching: Jacoba Ballard, whose original 2014 DNA test launched the crusade to reveal Dr. Cline’s donor sample deceit, is a compelling presence here. She’s part everyday mom, part devout Christian woman, part amateur detective, and part salty fighter fixing for a protracted battle. “Put that shit away,” she says she told Cline when he held up his favorite bible verse as rationale. “You’re not going to use my God to justify your actions.”

Sex and Skin: Nothing overt. But the reenactments of young female patients visiting Cline’s clinc are shot and lit in such a way as to suggest how a horror film might allude to sexual violence. It’s an awkward choice for a documentary, and one that might suggest the influence of Our Father being a Blumhouse production.

Our Take: “Hardest thing I’ve ever had to go through,” Julie Harmon – “sibling #14” – says in Our Father. “Go back to everything you’ve known about yourself. It just completely washes away your identity. You really have no idea who you are anymore.” Father is full of testimonials such as this, of people who thought they were the product of their mother and father being forced to reckon with the sudden falseness of that after taking a simple online DNA test, and the litany of their stunned grief becomes the doc’s narrative throughline. And it’s undoubtedly awful, how one man’s lies damaged the lives of so many. (A postscript to Our Father adds that there are 94 “Cline siblings” and counting.)

What’s less effective here is the doc’s effort to frame Cline as a monster who walked right out of a horror movie. From its opening moments, where a camera crawls slowly around a doctor’s office accompanied by creeping, menacing music, to reenanctments that play up the fear of a patient, like a victim just before a gruesome onscreen death blow, to quotes from the siblings themselves (“I feel like he’s hiding something more sinister,” one says), the depiction of Don Cline in Our Father is as a horror film heavy. Trouble is, the context is only from the siblings’ perspective. One of them calls the Quiverfull movement a cult, and Cline’s connection to it is introduced as a potential motive for his actions. But that’s just as quickly dropped. It’s also suggested that Cline might have been able to skate on more severe punishment for his actions because he had friends in high places. But that isn’t explored further. And so Our Father is left to concentrate on the siblings and their complicated stew of emotions. Their grief, their anger, their sense of shame – it’s all palpable. But that grief doesn’t always align with the doc’s true crime angle.

Our Call: STREAM IT. Our Father highlights some truly offensive behavior by a person who presented himself as truthful, and in that, it’s a cautionary tale. But it’s more effective as a sounding board for Dr. Cline’s victims than it is as a true crime indictment.

Johnny Loftus is an independent writer and editor living at large in Chicagoland. His work has appeared in The Village Voice, All Music Guide, Pitchfork Media, and Nicki Swift. Follow him on Twitter: @glennganges