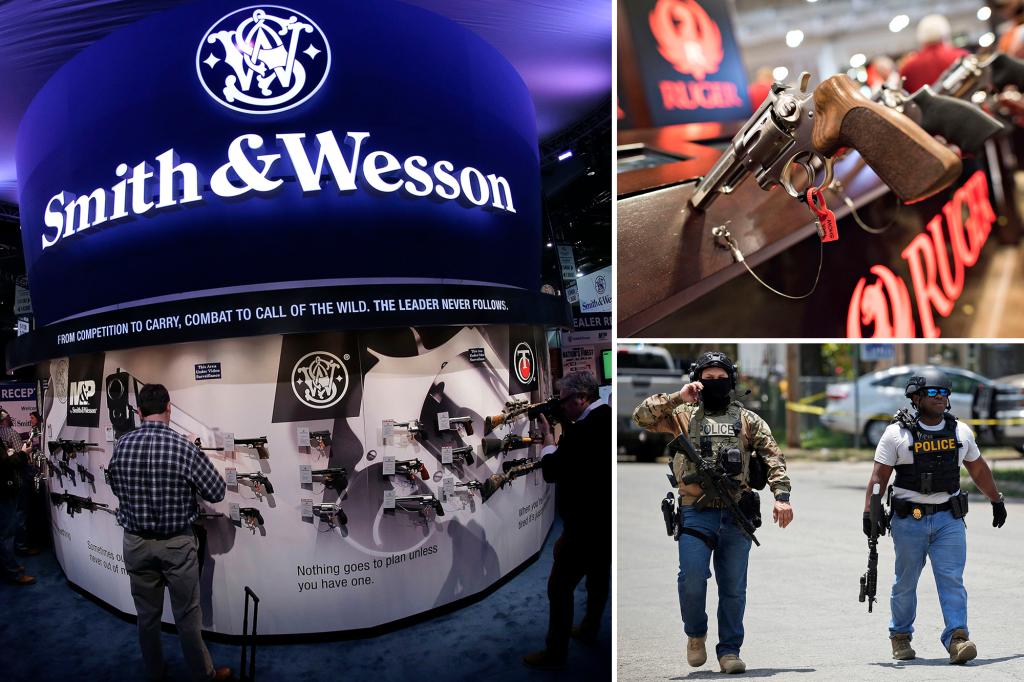 The stock surge occurred after a teenage gunman armed with two assault rifles opened fire at the school, killing at least 19 children and two teachers in one of the worst mass school shootings in recent memory.

American Outdoor Brands rose 6% to $11.12. Ammo Inc. ticked up about 5%, while shares of another ammo maker Olin Corporation were flat.

The upward turn in gun stocks suggests that investors expect sales to rise as demands for gun control measures such as enhanced background checks gain momentum on Capitol Hill.

President Biden explicitly called for stricter gun laws following the Uvalde school shooting, as he has in the wake of past mass shooting in Buffalo, New York and Boulder, Colorado that took place during his presidency.

“The gun manufacturers have spent two decades aggressively marketing assault weapons which make them the most and largest profit,” Biden said in his speech on Tuesday night. “For God’s sake, we have to have the courage to stand up to the industry.”

Texas school shooter Salvador Ramos legally purchased the two semi-automatic rifles he used in the massacre from a local outdoor and hunting store, according to officials and multiple reports. He also bought 375 rounds of ammunition.

Ramos was shot dead by police who responded to Robb Elementary School.