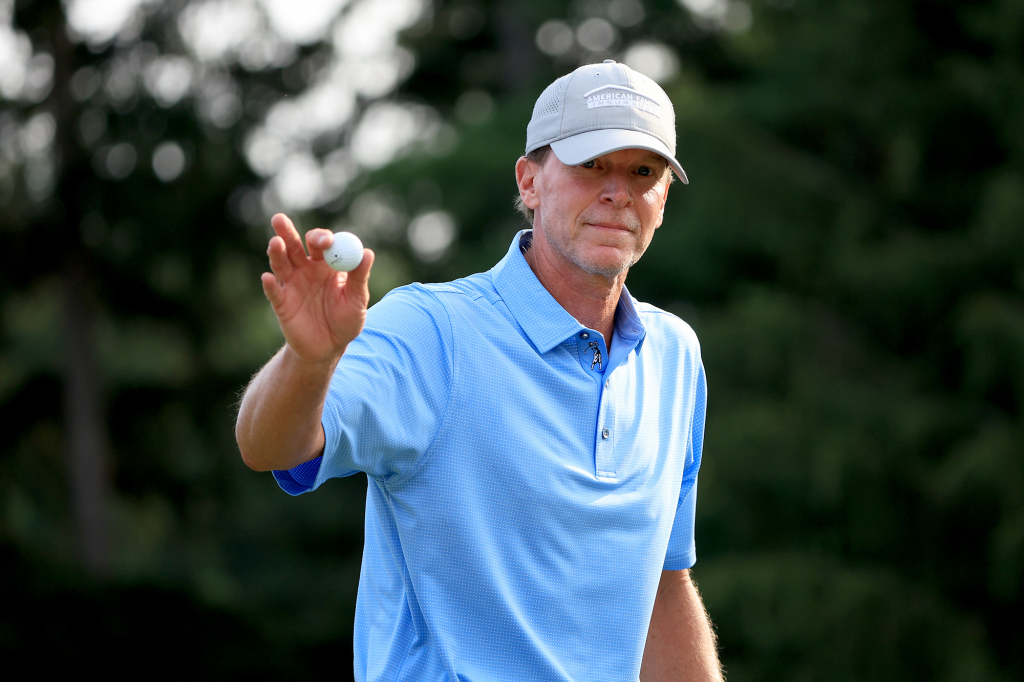 Stricker’s perplexing sickness — which doctors still don’t fully understand — began in October 2021 as a minor sore throat and bad cough. He was prescribed antibiotics and given the go-ahead to deer hunt with friends, but later experienced extreme side pain and a 103 fever that night.

Stricker was hospitalized for the first time several weeks before Thanksgiving, where he was diagnosed with pericarditis and an irregular heartbeat that at times reached 160 beats per minute. However, much of his symptoms were more visible, and sadly all too familiar to the 55-year-old.

“My brother had some GI problems and I watched him go through that same stuff,” Stricker told the Akron Beacon Journal. “I watched him turn yellow, his eyes were yellow and I’m looking in the mirror and I’m like, ‘Oh, my gosh, I’m going down the same kind of road.’ Although the problems were different, the look of turning yellow, my eyes were yellow, I’m peeing Coke-colored urine … that was probably the scariest part.”

While staying at UW Health’s University Hospital in Madison, Wisconsin, doctors scrambled to figure out what was wrong with Stricker, but to no avail.

“Everything was going south and they’re telling me they don’t know,” Stricker said. “It would have been probably easier if they’re like, ‘This is what’s going on.’

“They’re checking for all these big things — cancers, liver cancer, liver problems, and you’re just hoping and praying nothing’s going to come back with a bad reading. They took a biopsy of my liver. There were a whole bunch of things.”

Stricker was sidelined from golf for six long months, during which he says he lost 25 to 30 pounds due to his inability to eat solid foods or even walk to the bathroom. However, the PGA Tour Champions star was able to make a miraculous recovery and return to the sport on April 29.

Since returning to competition, Stricker has garnered a win, two second-place finishes and five top 10s over six Champions Tour events. His greatest feat came at the Regions Tradition on May 15, where he shot 21-under-par and collected his fourth Champions major.

Stricker will look to retain his title at the Bridgestone Senior Players Championship, which is set to begin Thursday at Firestone Country Club in Akron, Ohio.