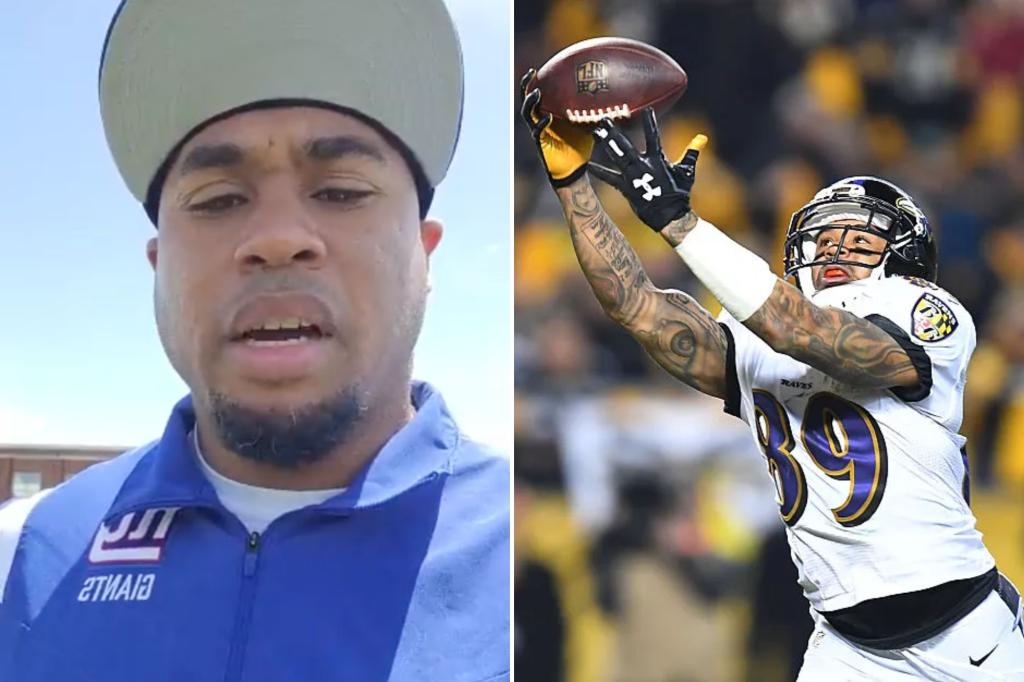 The former wideout for the Panthers and Ravens tweeted that he was “officially” joining the coaching staff of the New York Giants, and boasted that he’d scooped NFL insiders Adam Schefter and Ian Rapoport on the news.

However, that does not appear to be true.

The team told The Post’s Paul Schwartz that Smith was at practice filming a video, and that he is not actually joining their coaching staff.

Smith, 43, hosts the “Cut To It” podcast on iHeartRadio and is a studio commentator for NFL Network.

Perhaps on one of his media platforms he will reveal the reason behind this ruse.