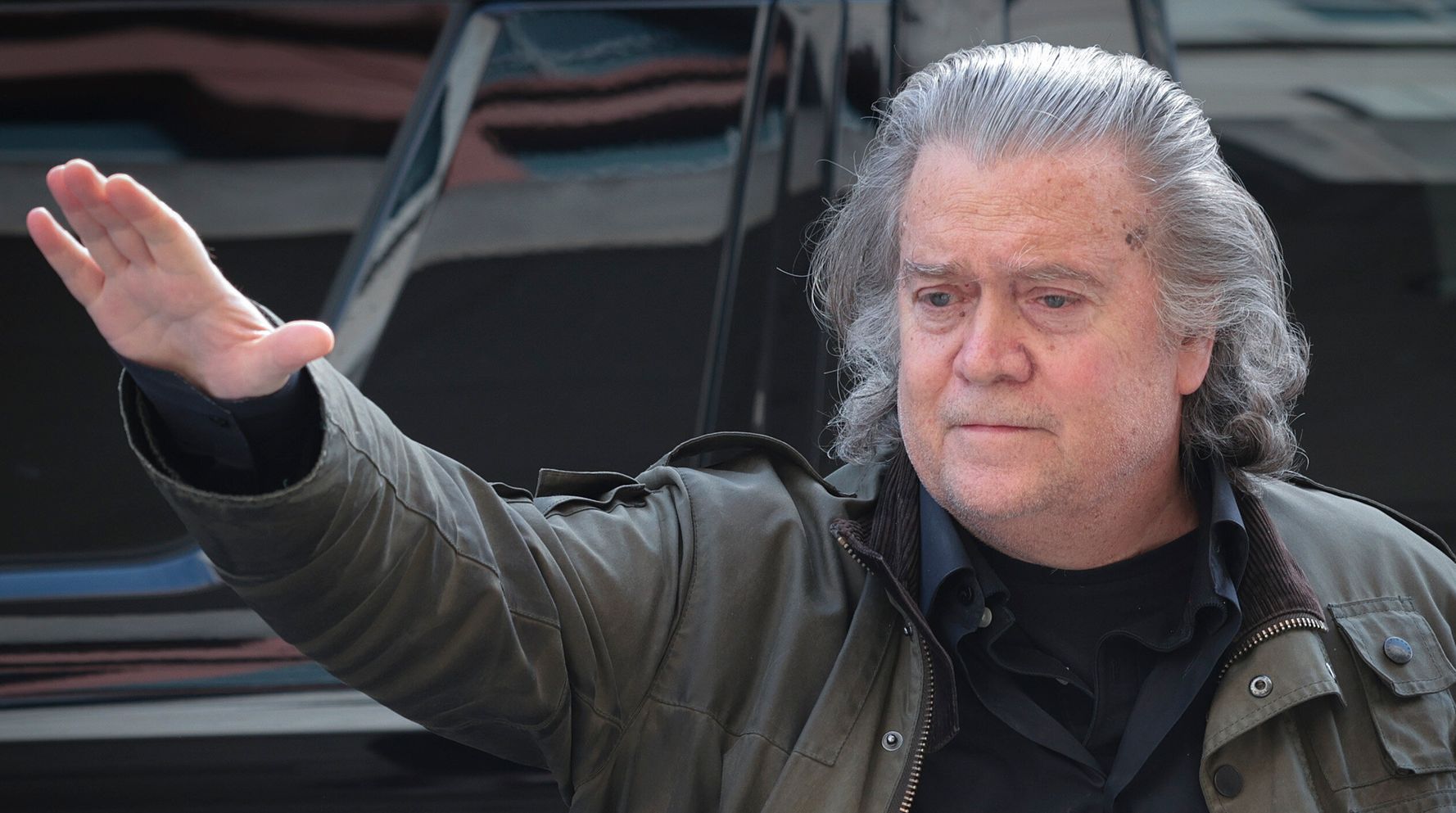 “Fox News, Wall Street Journal, New York Post, Times of London, The Sun etc etc etc ― all lockstep against Trump,” Bannon wrote Wednesday on the right-wing Gettr social media platform. He also attacked the Murdoch family as “Australians via England — not American” who have “never sacrificed anything for this Country.” Murdoch became a U.S. citizen in 1984.

Murdoch has “zero feel” for “America or Americans,” Bannon added.

Bannon was responding to an article in Vanity Fair on Wednesday declaring that “DeSantis fever is spreading across Murdoch’s media empire.”

“Trump betrayed his supporters by conning them on Jan. 6, and he is still doing it,” the Journal editorial stated June 10.

“The King Lear of Mar-a-Lago” who cannot accept defeat has “become a prisoner of his own ego,” the Post said the same day. “He won’t stop insisting that 2020 was ‘stolen’ even though he’s offered no proof that it’s true.”

Longtime Murdoch employee Piers Morgan wrote in an opinion piece Monday in the Post that “by almost any political metric you choose, this guy’s [DeSantis] a far better option for leading the Republicans into the 2024 election than Donald Trump.”

Vanity Fair noted Morgan in essence “held up a grenade, pulled out a pin, and lobbed it in the direction of Mar-a-Lago.” More important, the opinion article underscored the message of Murdoch’s media: “Dump Trump,” the magazine added.

Morgan predicted that the “mutual admiration society” of DeSantis and Trump was “about to fall apart big-time.”

Morgan added: “if there’s one thing Trump can’t stomach more than people who don’t buy into his ‘rigged election’ bulls–t, it’s people who might threaten his chances of returning to the White House in 2024.”

The chill is already obvious. DeSantis has opted not to ask Trump for an endorsement for his gubernatorial reelection bid.

Trump posted a Zogby poll (which rated a B- rating for predictability last year) on Truth Social on Wednesday that showed him leading with 54% of the expected vote to DeSantis’ 12% in an imagined presidential primary race involving several candidates. Fox News reported Wednesday that a New Hampshire poll showed DeSantis with a razor-thin lead over Trump in that state.

Though Fox News skipped airing the first of the televised hearings by the House select committee investigating the Jan. 6, 2021, insurrection, the network has aired the rest to date.

Following the hearing Tuesday, Fox anchor Martha MacCallum called out the “stunning” absence of proof to support Trump’s claims that the 2020 election had been rigged against him.

One source told Vanity Fair: “Rupert Murdoch is a pragmatic guy. He knows better than anybody how to read political tea leaves.”