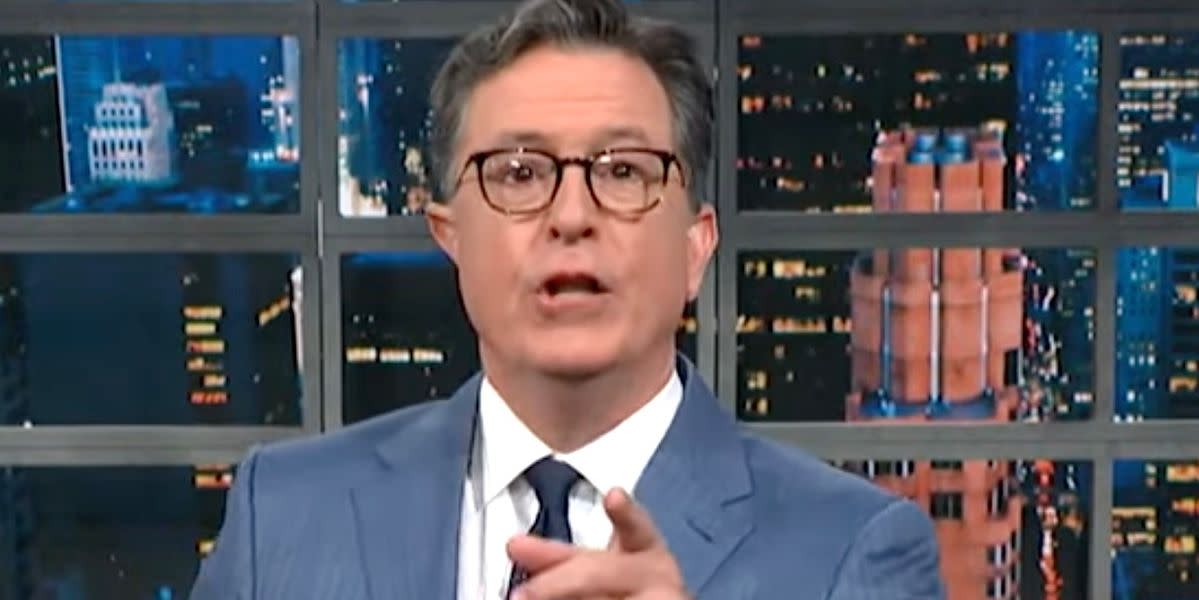 Stephen Colbert doled out a rare honor on Monday night, giving one Republican lawmaker a new title, but it’s one he probably won’t be putting on a resume anytime soon.

The “Late Show” host tore into Rep. Louie Gohmert (R-Texas), who last week complained that Republicans get treated unfairly when they lie and pointing specifically to the arrest of former Donald Trump adviser Peter Navarro. Navarro was indicted on contempt charges after refusing to comply with a subpoena from the House committee investigating the Jan. 6 attack on the U.S. Capitol.

But Gohmert saw it from another perspective.

“It actually puts an exclamation point on the fact that we have a two-tired justice system. If you’re a Republican, you can’t even lie to Congress or lie to an FBI agent or they’re coming after you,” he griped.

“Wait! Hold on a second, we’re getting more breaking news!” Colbert interjected. “This is just in. Is this confirmed? He’s just confirmed it: Louie Gohmert remains the dumbest man alive.”

See more of Colbert’s takedown of Navarro and Gohmert in his Monday night monologue: