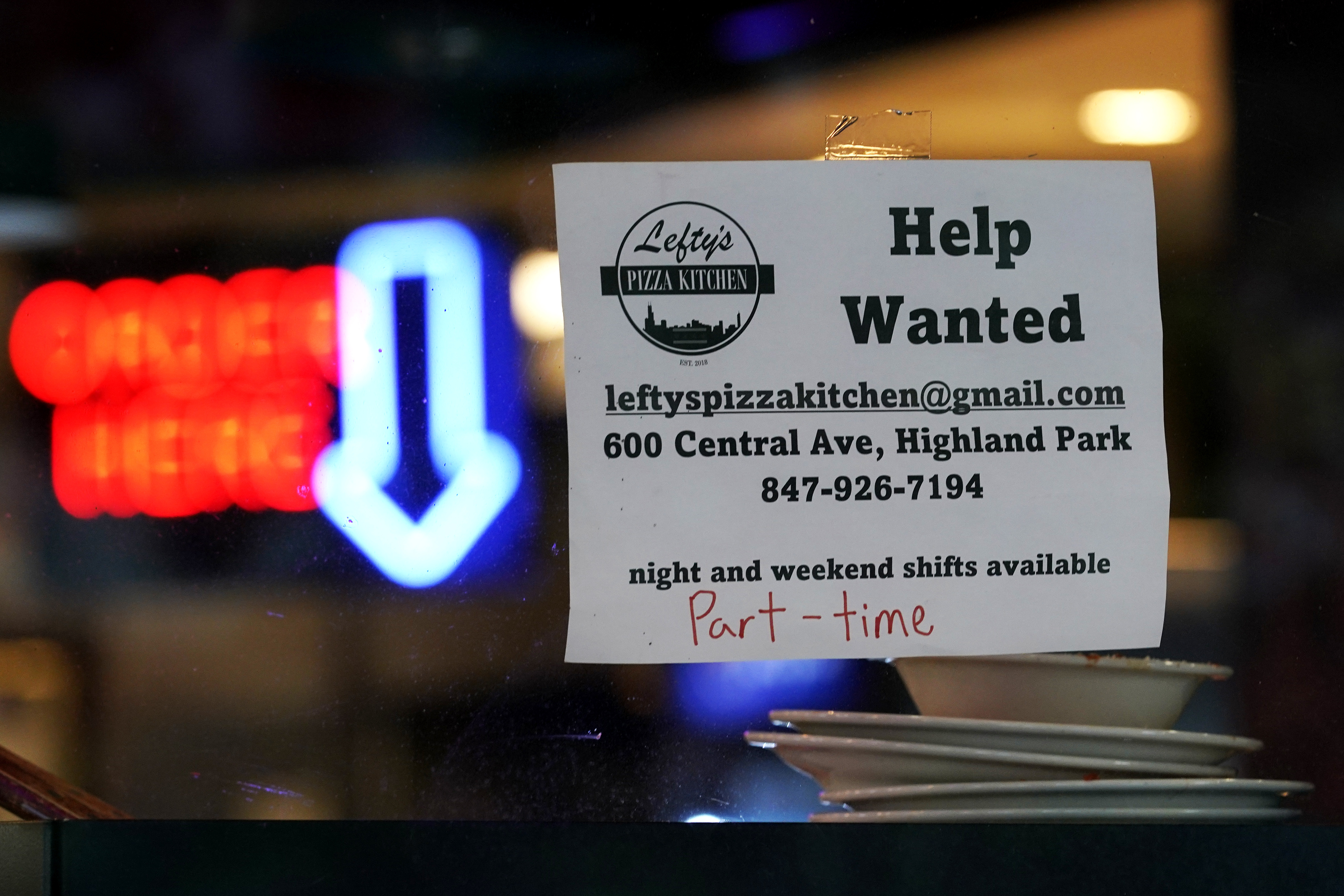 “We’ve been in this unprecedented situation where workers have really, really strong bargaining power,” Curtis DuBay, chief economist for the U.S. Chamber of Commerce, said. Now, “the data is starting to turn.”

While the overall economy remains strong, the pendulum is swinging back to when employers had the upper hand, especially in the wake of the Great Recession.

Worker advocates had hoped that the labor market was undergoing a long-term transformation. Yet it’s becoming clear that the tectonic shifts that took place during the pandemic were temporary. It was a unique blend of conditions that enabled employees to trade in their jobs for better ones at unprecedented rates — a rapid reopening of businesses that stoked demand and a flood of Covid-relief aid that provided a financial safety net, among other things.

“I would love to believe something structural happened and [has] given those workers more power,” economist Josh Bivens, director of research at the Economic Policy Institute, said. But “I don’t think we changed anything all that structural to give them a lot of leverage” for good.

The slowdown is constrained enough that a recession is likely a way off. Wage growth, for instance, is still strong.

“We’re coming down from breakneck speed,” economist Nick Bunker, who heads research at Indeed, said. “It’s not like the brakes got slammed on and we’re going to head to a standstill right away.”

But other data shows the gradual cooling is unlikely to let up. Wage growth is a “late-cycle indicator,” said Michael Gapen, head of U.S. economics at Bank of America. Unemployment insurance claims, job openings and hiring rates are better at predicting what will happen in the future.

And while layoffs are still relatively low, that may soon change. Some economists theorize that employers are “hoarding” labor right now: avoiding firing workers despite slowing demand. Indeed, labor productivity has declined more over the last two quarters than ever before — a sign that growing employment is increasingly unsustainable.

“This raises the fear that businesses will downshift their hiring in the coming year unless there is a large increase in output growth,” authors Jason Furman and Wilson Powell III wrote in an analysis this month.

Already, employers are posting fewer jobs, rescinding job offers and hiring workers at a slower pace — as well as giving their existing workforce fewer hours. The average workweek was 34.6 hours in July, down from 34.8 a year ago.

“When employers can’t hire workers that they need, they work their existing workforce more hours,” economist Dean Baker, who co-founded the Center for Economic and Policy Research, said. “You did see a substantial rise in hours in 2021 — and we’ve since fallen back to levels that are what we saw before the pandemic.”

“That looks to me like we’re seeing a normalized labor market.”

The tech industry has served as a vivid case study in these trends — and a potential bellwether for what other sectors can expect.

Amazon became the latest giant this month to reveal just how much it has winnowed its workforce, announcing that it has been hiring at its slowest rate since 2019 and has some 100,000 fewer employees on its payroll than last quarter.

Bunker and others say there are signs the service industry could be next.

Debbie Ricks was working at Spin D.C., a ping pong bar in the nation’s capital, when the pandemic hit and her employer was forced to lay off staff. With nowhere else hiring, she leaned on unemployment insurance — along with income from a photography side hustle — to help pay the bills.

Now, Ricks is ready to return to work. The 44-year-old has submitted “at least a dozen” applications to various restaurants and hotels. Yet not a single employer has given her a job offer.

“I thought there was a worker shortage,” Ricks said. “They all did seem desperate for workers. But then they’re not hiring. It’s strange.”

Ricks is far from alone. The labor force participation rate dropped again in July to 62.1 percent. And a growing number of workers — at last count, 262,000 — are filing for unemployment insurance each week.

At the same time, 303,000 more people were working part time than in the previous month, a reliable sign that more people were having difficulty finding full-time work, ZipRecruiter’s Julia Pollak said. The share of adults reporting lost pay or income jumped from 11 percent in June to 11.7 percent in July, according to Morning Consult.

In an indication that workers are taking notice, nearly 4 in 10 recently told Pew Research Center that finding a new job would be somewhat or very difficult. Indeed, fewer employees are leaving their jobs without another position lined up. The percent of unemployment due to quits sat at an estimated 14.8 percent in July, Baker said, compared with a record 15.1 percent in February.

The disparity between the big picture and the much-celebrated topline numbers has some economists concerned. Robust monthly jobs reports are likely to spur the Fed on in its rate-hike campaign. Yet the labor market lacks some of the safety rails that would mitigate the cooling already underway.

Among them: a robust child-care infrastructure, which would allow more women to fully participate in the workforce. There were some 88,000 fewer child care workers in July than there were pre-pandemic, which amounts to about 8 percent of the workforce (and thus, 8 percent fewer child care slots). Yet congressional Democrats recently carved billions of dollars of investment in the industry out of their reconciliation package, all but removing the possibility of large-scale federal help.

More women who were unemployed in June dropped out of the labor force in July than found jobs. At the same time, 6.13 million workers were not working at the beginning of the month because they were caring for a child not in school or daycare.

“How weak are we going into whatever is coming, that we didn’t at least try to get these things [like child care] set up?” the RAND Corp.’s Kathryn Edwards said. “You’d be hard-pressed to find a labor economist who would tell you, ‘Oh, no, we’re much better off heading into the next recession without it.’”