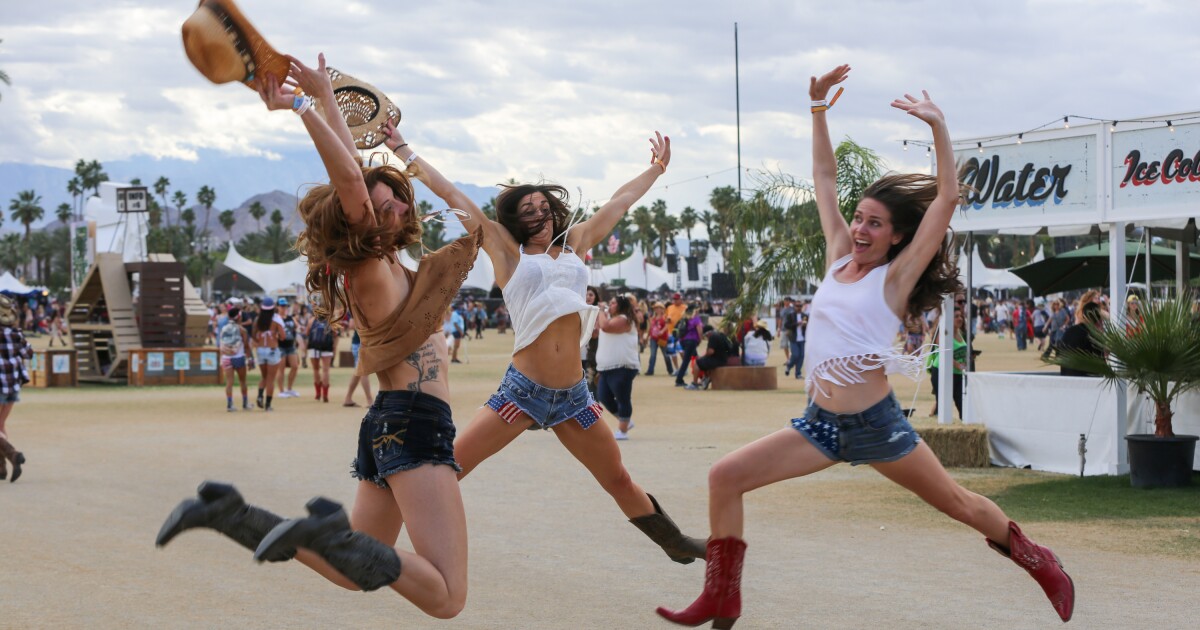 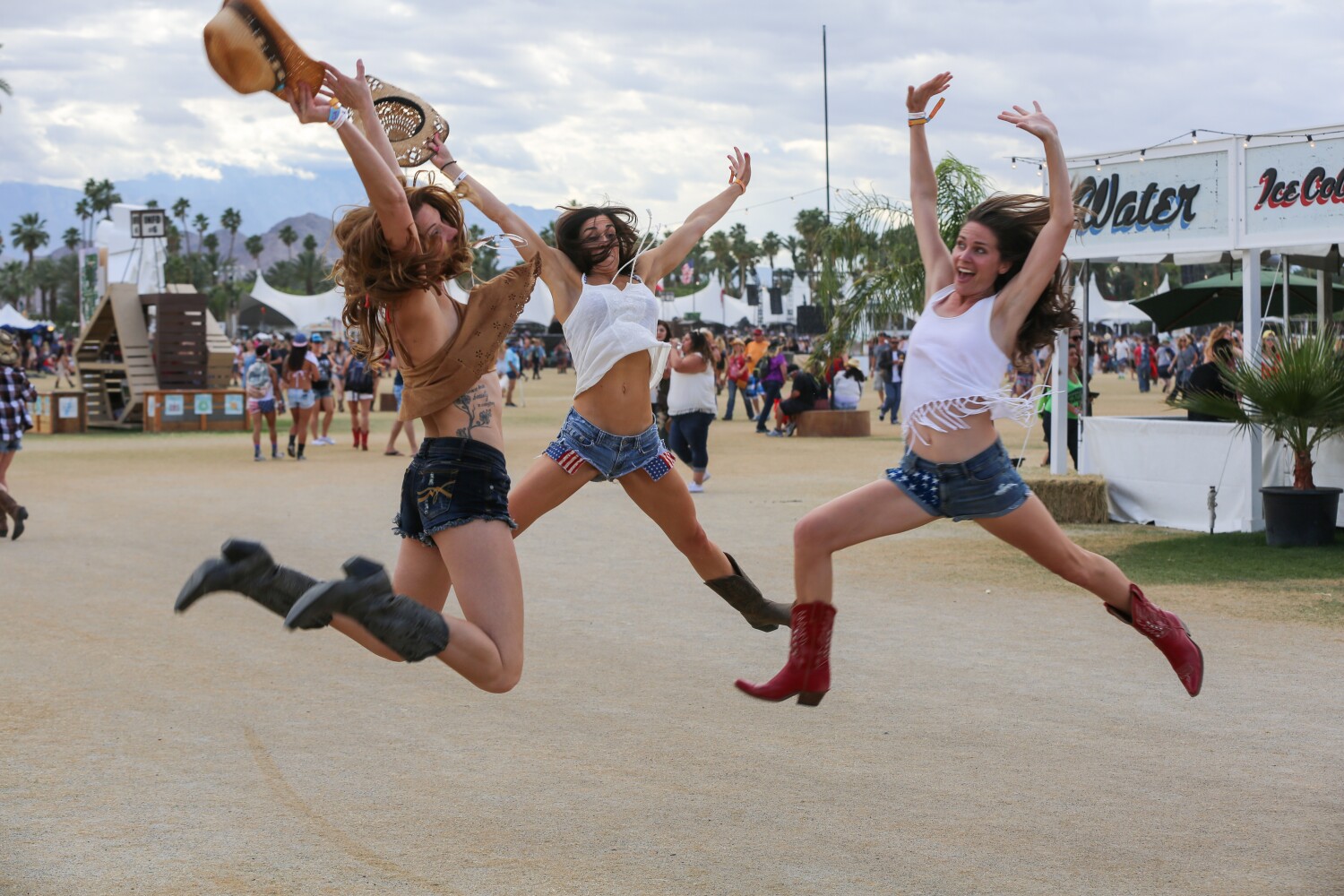 Stagecoach Music Festival promoter Goldenvoice has banned the Confederate flag and other “divisive symbols” from the desert festival this year in an effort to be more inclusive.

The marquee country-music festival, featuring headliners Thomas Rhett, Carrie Underwood and Luke Combs, quietly introduced the new rule on its website for the three-day event, which returned to the Indio, Calif., desert on Friday after a pandemic-induced hiatus.

“Stagecoach provides an inclusive environment and rejects divisive symbols. The Confederate flag and related imagery are prohibited on the festival grounds and in the Resort — this prohibition applies to people, clothing, and vehicles. Access will be denied to anyone who does not cooperate with this rule,” according to the code of conduct posted on the festival website in June when this year’s headliners were announced.

Talk of the ban gained traction when local newspaper the Desert Sun reported it this week in the lead-up to the festival. A representative for Goldenvoice, the promoter behind Stagecoach and the Coachella Valley Music and Arts Festival, declined to comment Friday.

“An individual participating in this behavior may be IMMEDIATELY removed from the venue site and Festival Wristband revoked. Vehicle will be ejected from the property. Offender may be arrested. No refund will be issued if ejected,” the code said.

A similar notice on the festival’s General Resort Rules page also said that “No divisive symbols, including, without limitation, Confederate flags and racially disparaging or other inappropriate imagery/public displays” would be allowed at the venue, as well as in camping areas.

While some country-music fans waving the offensive battle flag have regarded it as a symbol of Southern pride, heated discourse around its racist history or as an emblem of insurrection against the government over the past few years have contributed to its waning popularity and all-out ban in some areas, particularly in places outside the southern United States.

Last year, “I Could Use a Love Song” singer Maren Morris, who is among Friday’s Stagecoach performers, voiced her objections to the flag during a virtual conversation with Stagecoach headliner Combs at the Country Radio Seminal conference. There, Combs also apologized for using the flag in the past and in a 2015 music video and said, “There’s no excuse for those images.”

“And as I have grown in my time as an artist and as the world has changed drastically in the last five to seven years, I am now aware of how painful that image can be to someone else,” Combs said. “I would never want to be associated with something that brings so much hurt to someone else.”

Morris added: “This is just sheer ignorance and privilege, but I did not know that the rebel flag meant what it meant until I was probably 15 or 16 years old. I mean, this is how horribly whitewashed history is and how it has failed us. ‘The South will rise again’ — those are all just terms thrown around. There was no explanation behind it. And I think a large majority of people that listen to country music don’t know, either, the deeper meaning of what that flag signifies. Or maybe that’s hopeful, wishful thinking, but I don’t think they understand what that really signifies.

“At these country music festivals, I see the Confederate flags in the parking lots,” she continued. ” I don’t want to play those festivals anymore. If you were a Black person, would you ever feel safe going to a show with those flying in the parking lot?”

In June 2020, following the racial reckoning that came in the wake of George Floyd’s killing by a police officer, NASCAR also banned Confederate flags from all racetracks and properties. Shortly thereafter, a change.org petition was started to get the flag banned from Stagecoach too but it didn’t gain much traction.

However, the music genre’s checkered legacy with race remains a discussion, particularly after singer Morgan Wallen was temporarily shunned for his racist outburst but was welcomed back as a winner at the Billboard Music Awards last year and at the Academy of Country Music Awards in March.

And, as recently as this week, R&B star Monica called out white nationalist reporter Patrick Howley for objecting to host Anthony Mackie and other Black artists’ presence at last week’s CMT Awards, saying, “No disrespect to the funky brothers of music. … Country music is different. It’s not Wakanda.” (Monica performed with Jimmie Allen and Little Big Town during the awards show.)

“I’ve never been more motivated … Patrick Howley, although your feelings are likely shared by some, it’s NOT by the masses! I have an all star LEGENDARY team of true country artist that are currently working with me that would beg to differ,” the “Boy is Mine” singer wrote on Instagram, also mentioning her performance with Jimmie Allen and Little Big Town during the awards show.

“This was the first of many times that you will see me! I see You caught that my skin is melanated, but you missed that it was tough! I’m rooted in the word & built to last ! See you soon, or should I say ‘Welcome to Wakanda’ gracefully bows w/ @anthonymackie,” she added.