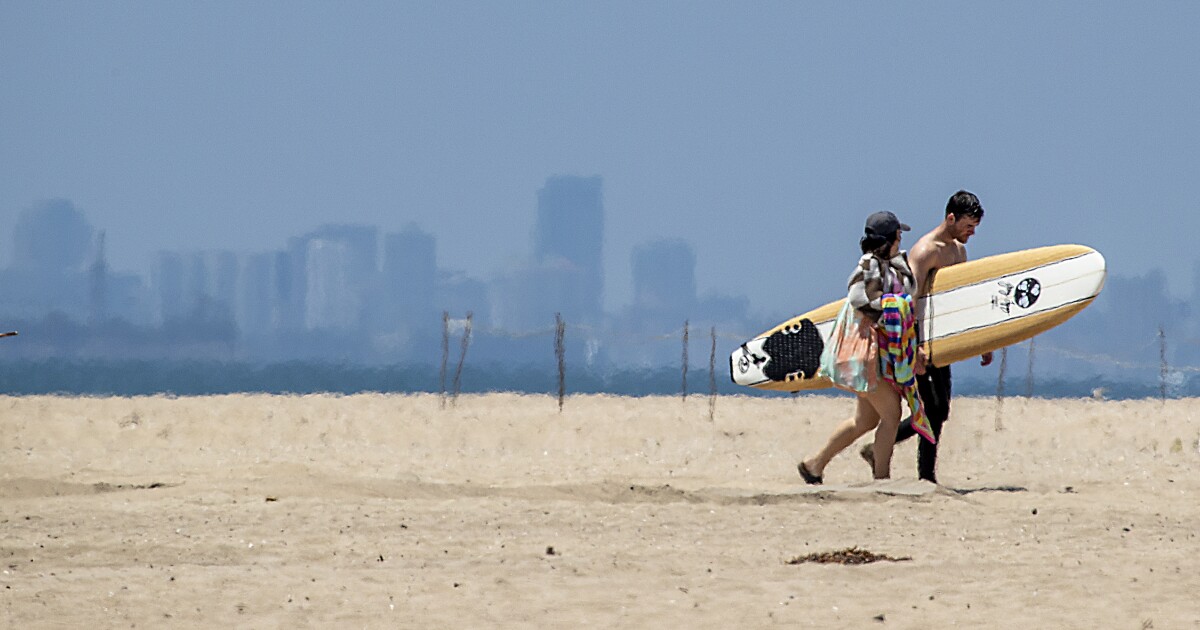 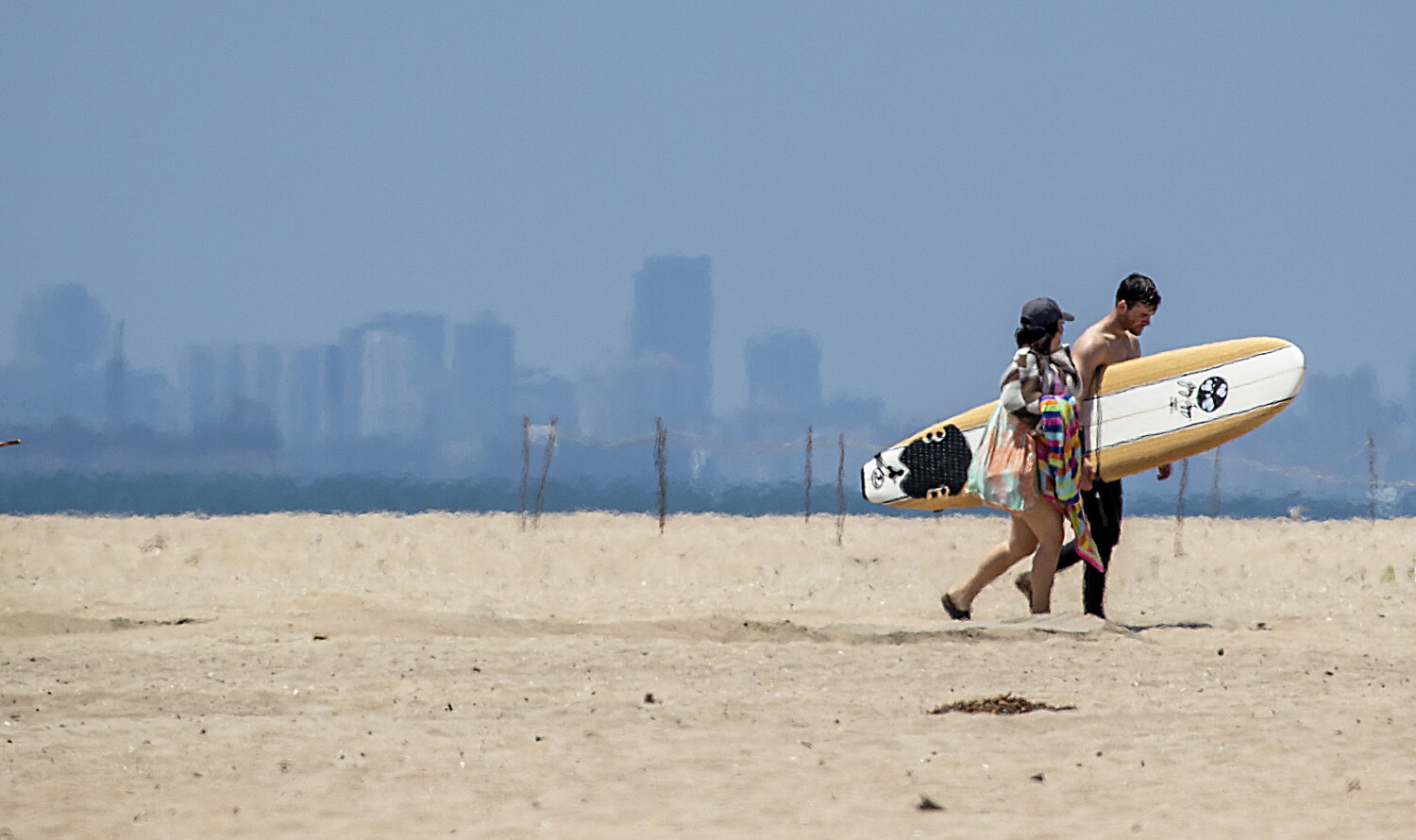 The Memorial Day weekend will be cool, windy and foggy in Southern California, with sunnier weather expected to return by Monday, forecasters say.

A sharp increase in offshore winds beginning Friday will kick off the cooling trend for most of the Southland, while further inland and valley areas will remain warm, according to meteorologist Mike Wofford with the National Weather Service in Oxnard.

A low pressure system passing through British Columbia in Canada is responsible for the drop in temperatures in Southern California, Wofford said. A patchy fog is expected to linger along the coast and in nearby cities until the afternoon, with temperatures ranging from the mid-60s to the low 70s.

A similar forecast is expected across the region Saturday and Sunday. Further south, the National Weather Service warns drivers of dense fog in higher elevations where the marine layer is causing low visibility.

Overnight lows will dip into the mid-50s on Friday night, and a gradual warming trend will arrive by Sunday in coastal communities, according to the weather service. Travelers heading east for the holiday weekend will find warmer temperatures.

In Palmdale, Lancaster and other inland areas, temperatures will be 10 to 15 degrees warmer with strong winds gusting 15 to 20 mph and possibly reaching up to 40 mph in the mountains, desert foothills and below passes on Saturday and Sunday, forecasters said.

The strongest winds will blow through on Sunday and create elevated fire danger mainly over the deserts, according to meteorologist James Brotherton with the National Weather Service in San Diego.

“That’ll keep the fire danger elevated for sure,” Brotherton said.

Those strong winds will eventually decrease by Monday, while temperatures begin to warm up again, according to the weather service. Temperatures are expected to hit the low 80s by Tuesday.