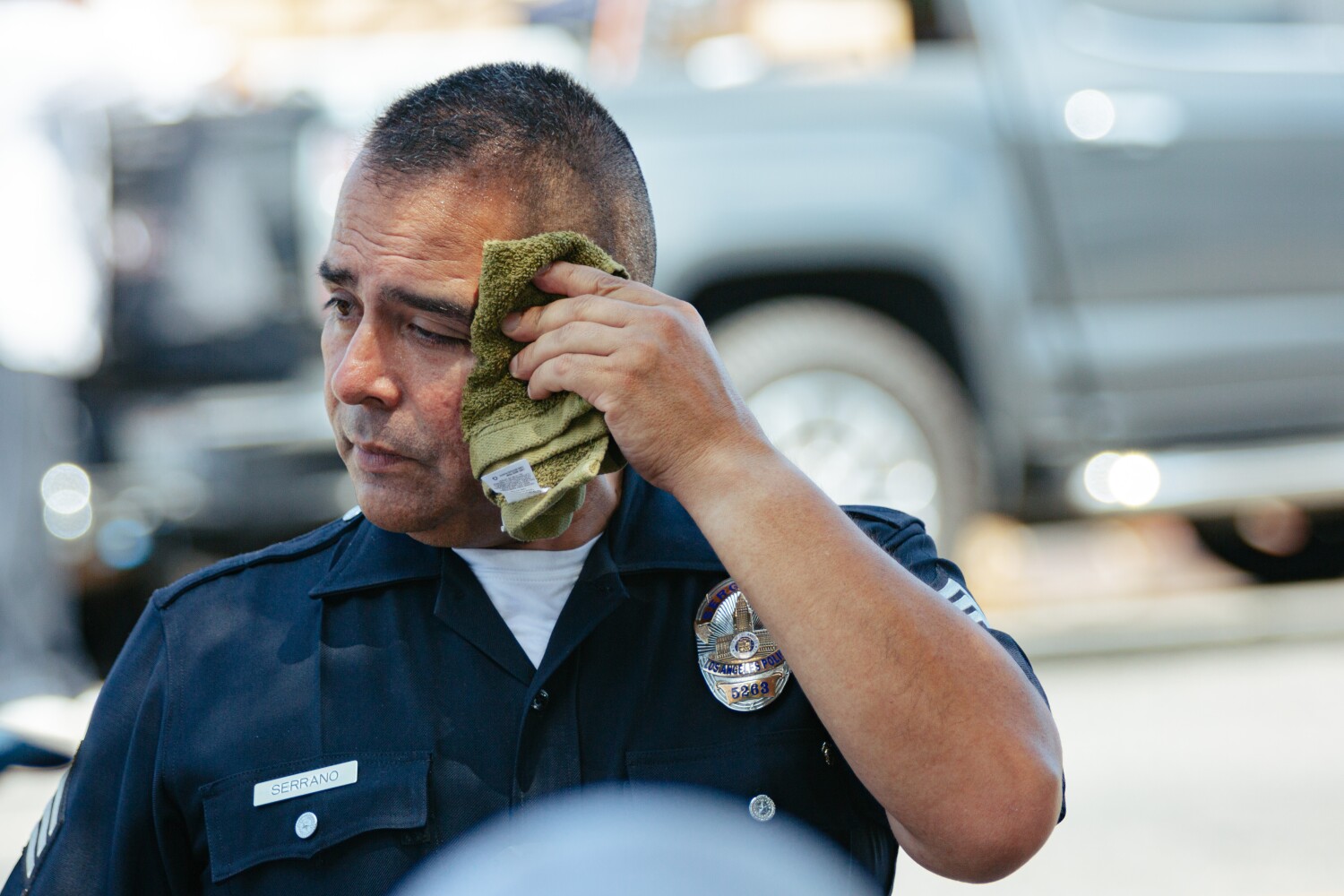 Southern California remains in the grip of the worst heat wave of the year — along with intense thunderstorms in some areas. The conditions have heightened worries about power supply interruptions and fires.

Here is the latest:

Labor Day will be sweltering, with hot conditions continuing through Wednesday or Thursday.

Highs between 105 and 110 degrees are expected across broad swaths of the San Fernando, San Gabriel and Santa Clarita valleys, as well as communities in lower mountain elevations, said Joe Sirard, a meteorologist at the National Weather Service’s Oxnard office.

The weather service is forecasting heat advisories and excessive heat warnings through Tuesday and is warning against heat illness.

Thunderstorms, isolated showers and flash flooding are also forecast for the mountain and desert areas through Tuesday night.

Sunday’s heat broke temperature records across the Southland. In Los Angeles County, Burbank tied its old record of 110 degrees set in 1984. In Long Beach, temperatures reached 109, surpassing the record of 107 degrees from 1988.

The alert will probably be elevated to a higher status Monday, which could mean bringing in backup generators and activating discounts for customers who reduce their power usage. Flex Alerts call for consumers to reduce energy use from 4 to 9 p.m. to help ease stress on the power grid and avoid potential rolling blackouts.

The California Independent System Operator, which operates the state’s power grid, said the extended heat wave has driven the demand for electricity to the brink of overload.

As of Sunday afternoon, that demand stood at 42,480 megawatts and will probably climb to 48,817 megawatts Monday, then surpass 50,000 megawatts Tuesday, just shy of the all-time record set in 2006.