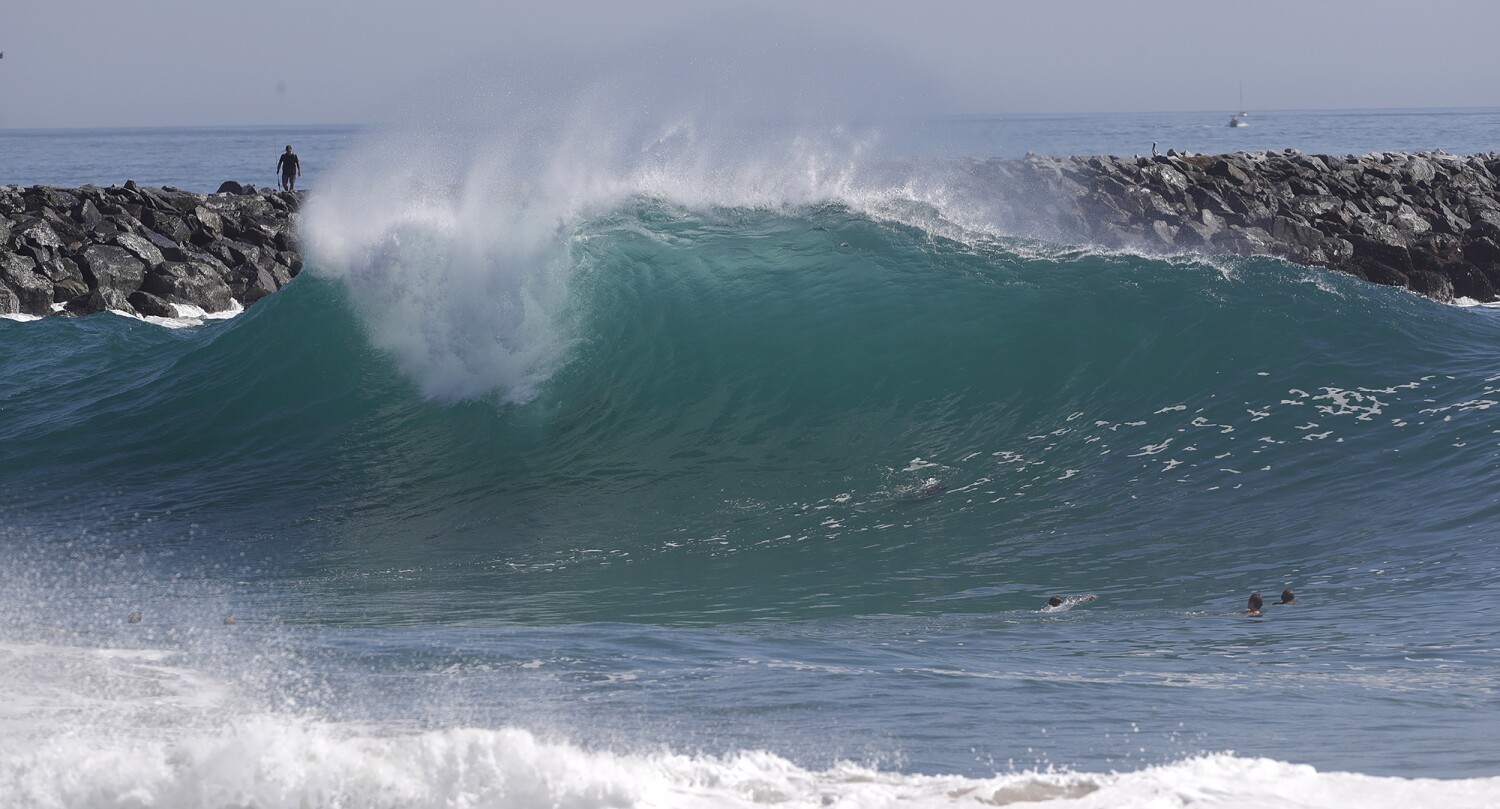 Some of the highest waves of the summer were drawing surfers to Southern California beaches this week, with swells reaching as high as 12 feet in some places.

Waves in Huntington Beach towered at 9 feet Monday, Connolly said, and remained in the 7- to 8-foot range Tuesday. The swells are expected through Thursday.

“This was from a storm in the South Pacific, bringing that higher swell up to Southern California,” Connolly said. “It’s the same swell that’s been affecting Hawaii. It’s just a little less strong here.”

Surfers in Southern California flocked to the beaches for the high waves, especially Newport Beach’s Wedge, known for its intense swells. Videos from the popular surfing site showed many trying to ride the huge waves, which reached as high as 12 feet Tuesday, according to lifeguards.

Newport Beach Lifeguard Battalion Chief Adam Yacenda said by Wednesday morning, the surf had calmed slightly, with waves hovering around 5 feet. But he said another swell is coming and it, too, will bring monster waves late Wednesday and into Thursday.

National Weather Service officials warned inexperienced swimmers to say out of the ocean and recommended that beachgoers swim near lifeguards. The high surf advisory is expected to expire at 11 a.m. Thursday.

Yacenda said it’s important to pay attention to the water.

“Talk to a lifeguard about the safest place to enter the water,” he said. “It’s still hazardous conditions on our southern-facing beaches in Newport.”