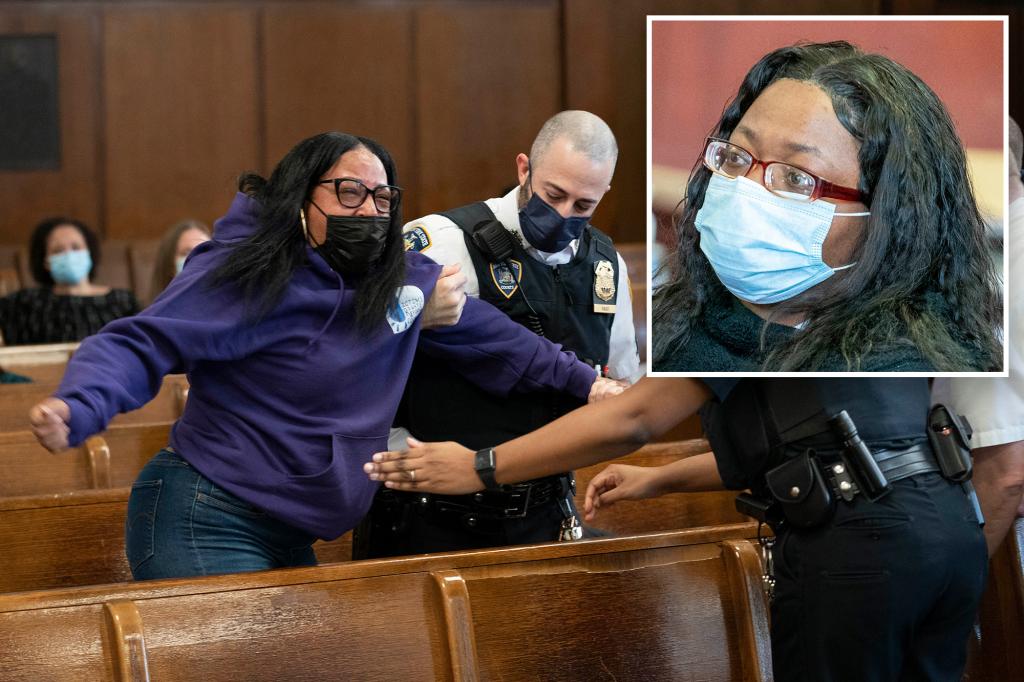 The mother of a slain Afghanistan War vet on Friday blasted a plea deal that freed a woman involved in her son’s murder as an “absolute disgrace.”

Mom Madeline Brame called it “prosecutorial misconduct” to offer a plea bargain that would allow, Mary Saunders, 41, off with time served in the Harlem stabbing death of her son, Hason Correa, 35, in 2018.

“This is an absolute disgrace, an atrocity, a miscarriage of justice,” Brame told The Post.

Brame said that the Manhattan District Attorney’s office — which is prosecuting the case against Saunders, her two brothers and a friend — didn’t call her in for a meeting until after the woman struck a deal that would downgrade her murder charge to second-degree assault.

“If I knew about the hearing earlier … I would have been in that courtroom raising holy hell,” Brame said.

Saunders — who was already held in jail for 14 months earlier in the case — was sentenced to one year in jail for her role in Correa’s Oct. 19, 2018 death. Because of Saunders’ time in jail, she will not have to serve any additional time.

At the time of the murder, authorities alleged that Saunders tried to pin down the 35-year-old married dad of three while her brother repeatedly stabbed him in front of his father Wesley Correa.

But in court Thursday, Assistant District Attorney Dafna Yoran said that Saunders only kicked Correa once and tried to punch him but it “did not appear to cause any damage.”

One of her brothers, James Saunders, took out a knife unbeknownst to Mary and stabbed Correa nine times, the prosecutor said.

“The people do not believe that we can prove beyond a reasonable doubt that Mary Saunders knew that her brother had a knife, or that she shared the intent to kill Hason Correa,” Yoran told the judge.

“There’s a video of everything that happened, blow by blow,” Brame said. “Mary Saunders had significant exposure to this brutal, heinous crime. She was a full participant.

Mary was the only one of the four defendants who was freed from jail in 2019 after a judge slashed her bail because she had no prior offenses and is a mother.

Her brothers – who were on the lam for almost a year – are currently being held without bail pending their trials on murder charges.

Stewart – who’s been in jail for four years – also took a plea deal Thursday on attempted gang assault and is slated to be sentenced to seven years in prison on June 29 under an agreement with the DA’s office.

When asked for comment, the DA’s office referred back to Yoran’s comments in courts Thursday.

“The people have met with Ms. Madeline Brame, the victim’s mother, on May 17, 2022, and informed her of our decisions regarding these dispositions,” Yoran said in court. “We attempted to explain the reasons and to show Ms. Brame the video compilation of the incident.”

“We also assured Ms. Brame that we will be proceeding to trial against her son’s stabber and his brother, who are both facing murder charges,” the prosecutor said in court.

Mary’s lawyer, Laura Stasior, said: “As we previously stated, based on a thorough review of the evidence, the District Attorney and the court agreed that this outcome, under existing statute, is consistent with Ms. Saunders’ involvement in the case.

“This is reinforced by eye-witness testimony, video footage, medical reports and other pertinent material. All too often, our clients are tactically overcharged to further the prosecution’s courtroom advantage, especially at the onset of a case.”

“Prosecuting Ms. Saunders on the initial charge would have simply been unjust,” Stasior said.

US Congressman Lee Zeldin also criticized Mary and Stewart’s plea deals and the DA’s “disastrous handling of this case,” in a letter to Gov. Kathy Hochul opposing bail reform laws.

“Sergeant Correa had his future stolen from him, and now the criminals who robbed him of living a full life are being handed a free pass,” Zeldin said