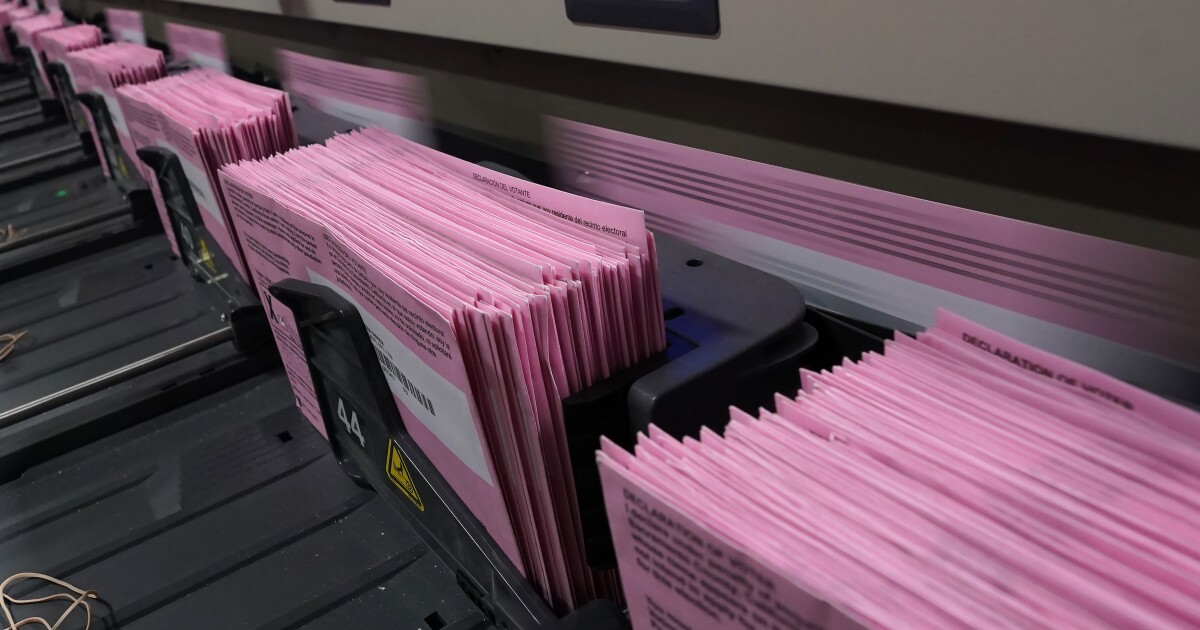 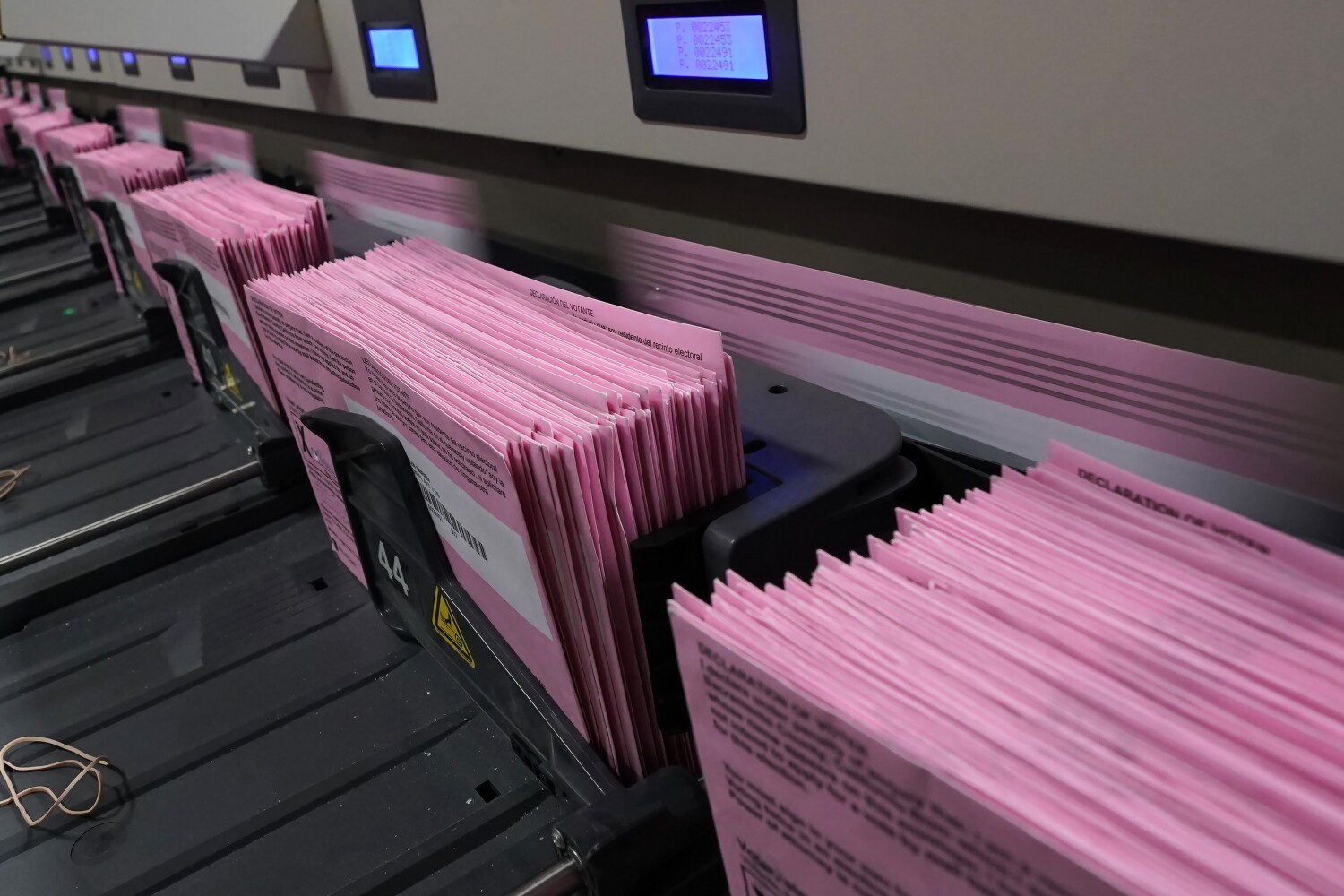 It’s ironic that as our cyber-driven world accelerates, election vote counting slows to a crawl. Are we willing to accept that?

It is indisputable that we’re waiting a lot longer these days to find out who won or lost.

When I started reporting on elections an eon ago, smartphones didn’t exist and a desktop was a typewriter. Cyberspace was a blackboard where we updated the latest election night counts, called in by rotary phone from a reporter at the office of the local voter registrar or the California secretary of state.

It was an old-school system that worked. We usually knew the results on election night or by early morning. Maybe two days later at most.

Now we have all this semi-sophisticated, tap-tap gadgetry and are still waiting for the results of some races roughly two weeks after primary election voting ended June 7.

It has become the latest cliché: We no longer have an election day. It’s an election month. In fact, it’s a two-month process — the first month for voting, the second for counting.

What happened? Mainly we made it easier to vote, and that made it harder — and more pokey — to count.

That’s because the vast majority of votes now are cast by mail. They take more time to tally and safeguard against fraud.

Voters must sign their signatures on the back of the envelope containing the ballot. And it’s checked against the signature they filed with the voter registrar. Yes, all signatures are really checked and it’s time-consuming.

Decades ago, only a tiny fraction of voters mailed in an “absentee” ballot. They had to apply for it and provide a reason. “My grandma will be sick and I’ll be visiting.”

Later, voters were allowed to become permanent absentees. Then mail voting picked up.

Starting in the 2020 pandemic, every registered voter in California was mailed a ballot for the general election. Mail voting increased dramatically — and counting slowed.

It’s easier. You can vote sitting in the recliner watching a ballgame on TV. No stamp needed. And you’re allowed to vote for a month up until election day. The ballot must be postmarked by 8 p.m. when polls close. And it has seven days to reach the registrar.

So ballots were still being received a week after the election, and they piled up. Counties have been issuing periodic tallies, but they’re not required to report final results until July 8.

Some experts and pundits are saying we must learn to live with the snail’s pace.

“We’ve got to stop being so impatient,” says Darry Sragow, a former Democratic strategist who publishes the nonpartisan California Target Book, which chronicles congressional and legislative races.

“So what if we don’t have final results on election night? What harm comes to democracy? Insiders ought to cool their jets. We live in a world where everyone wants everything right away. It’s more important to encourage people to vote than to have everything final by election night. That’s an antiquated way of thinking.”

Well, maybe not on election night. But a lot faster than now.

Patience may be fine for a basically boring primary election when every partisan office won’t be filled until the November runoff anyway.

But what about November? There’s more urgency to learn the results then.

A new Legislature will convene on Dec. 5 and counties are allowed to keep counting for three days after that. If the sluggish tabulating repeats, we may not know who should occupy some seats.

In four years, there could be a hot race for governor when Gov. Gavin Newsom’s term expires, assuming he wins reelection in November. The governor-elect in 2026 will have a short time to organize an administration and craft a state budget before taking office the first week in January.

“If they don’t change this system, we’re going to be sitting around on Thanksgiving and not knowing who was elected to various offices,” says Tony Quinn, a Target Book editor and longtime political analyst.

“Look at the coverage coming out of the L.A. mayor’s race; it was, ‘This newcomer kicked butt.’ But he didn’t kick butt,” Sragow says.

“There was all this coverage about the low turnout — before the registrars even got the votes,” Quinn notes.

The final turnout of registered voters is expected to be in the 33% to 35% range. That’s low, but about average for a non-presidential primary.

Mailing all 21.9 million registered voters a ballot didn’t seem to increase turnout, as Democrats had theorized. But mail voting is super secure, despite Donald Trump’s demagoguery.

One way to expedite the count is to reduce mail voting and return to sending out ballots only when requested. In last year’s gubernatorial recall election, it cost the state $54 million to mail ballots to all registered voters.

But they’ve gotten used to the easy life of mail voting.

So the state should consider spending some of its ridiculous $97-billion budget surplus to help counties hire more vote counters.