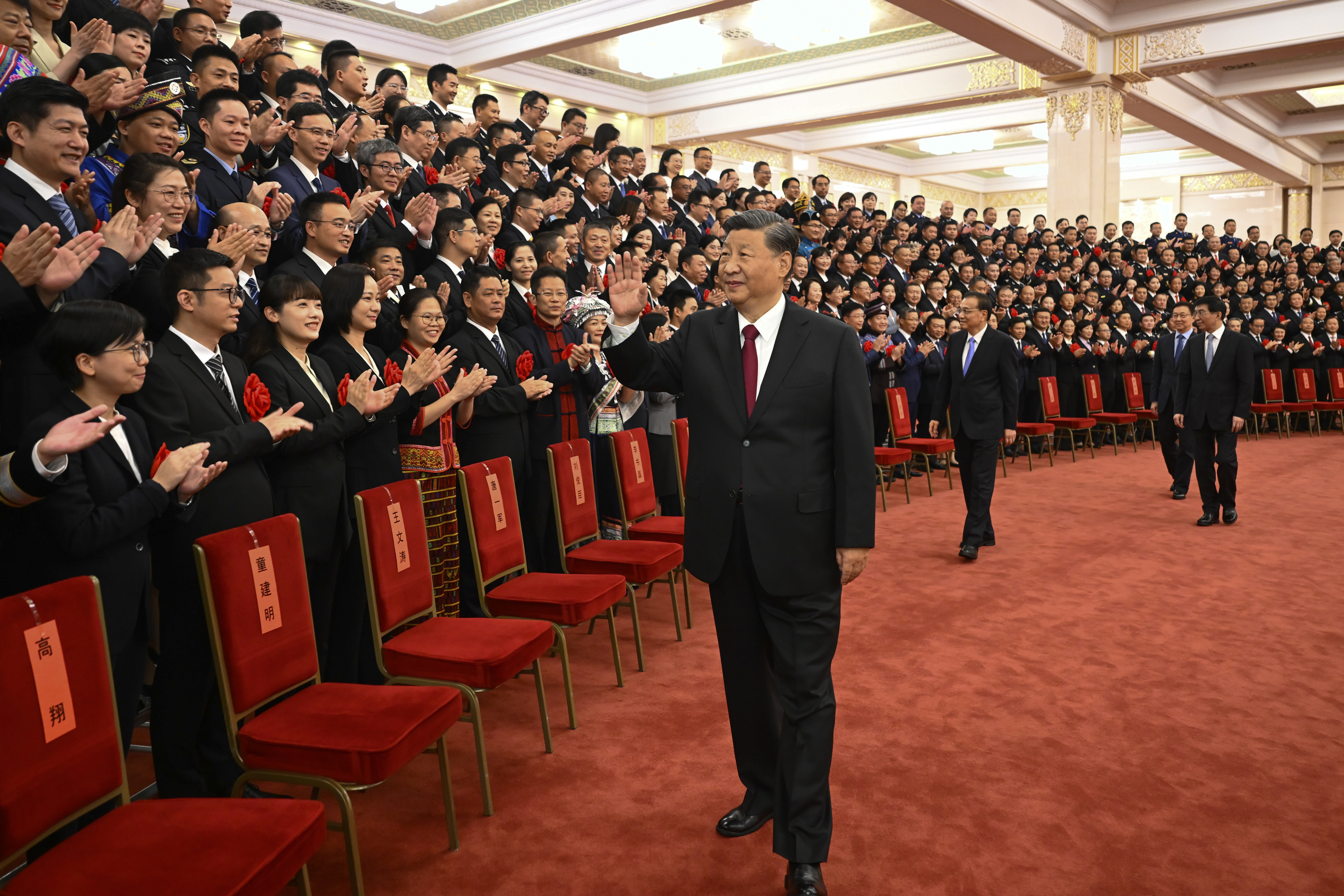 Here are six things to know about Xi’s power grab at the mid-October 20th Party Congress — and the country’s complicated trajectory.

Party Congresses occur every five years and are exemplars of the CCP’s obsessive secrecy. The Chinese public’s awareness of the event is basically limited to its location and whatever hints the CCP opts to dole out via state media in the run-up to the event.

This year that includes the disclosure that the Party Congress will likely approve an unspecified amendment to the constitution. Note: it’s a constitution that Xi has already rewritten to allow for his unprecedented third term.

Beyond that, the specific agenda is a mystery. The proceedings aren’t open to the public and the results — including the approval of a work report that outlines the Party’s top priority policies for the next five years — often trickle out only weeks after the event.

Xi has limited his comments about the upcoming Congress to boilerplate propaganda points.

“The 20th CPC National Congress will offer a panoramic prospect of the two-stage strategic plan for China’s drive to build a great modern socialist country in all respects,” Xi told a study session of provincial and ministerial-level officials in Beijing in July.

Xi’s trip to the Shanghai Cooperation Organization summit in Uzbekistan — his first foray out of the country since the pandemic — is a decisive confirmation that he feels no threat from potential Party rivals. “[I]t shows a very high level of confidence that he’s got the [Chinese leadership] situation under control and that he will get his third term,” said Yun Sun, China program director at the Stimson Center.

He’s literally written his name into the history books.

The CCP telegraphed Xi’s third term with a Central Committee resolution in November that enshrined him as a pivotal figure critical to China’s growing wealth and power.

The Sixth Plenum’s history resolution placed Xi on par with Mao and Deng Xiaoping, who masterminded China’s four decades of meteoric economic growth. The resolution lavished a good 20,000 words — out of a 27,000-word document — on Xi’s accomplishments since he took office in 2013.

But unlike Mao, whose authority was absolute while China was mired in poverty and roiled by hugely disruptive internal campaigns — including the Great Leap Forward and the Cultural Revolution — Xi has presided over an increasingly aggressive and expansive authoritarian one-party state powered by China’s four-decade economic boom.

A collision course with the U.S.

Xi’s goal of economic, diplomatic and military dominance will point China in direct conflict with the Biden administration’s commitment to democracy, human rights and a rules-based international order. That’s antithetical to Xi’s hawkish vision of “national rejuvenation” of the Chinese nation.

“I would anticipate ‘more of the same’: more domestic repression, more external assertiveness and possibly aggression. Xi is not about to change course, and certainly not in a more liberal or cooperative direction,” said David Shambaugh, founding director of the China Policy Program in the Elliott School of International Affairs at George Washington University.

The Biden administration hasn’t publicly commented on the implications of Xi’s third term in office.

The fractious state of U.S.-China relations — punctuated by trade tensions, Chinese military intimidation of Taiwan and the administration’s accusation of genocide in Xinjiang — makes it highly unlikely that Biden will congratulate Xi on his third term as then-President Donald Trump did when Xi got his second term in 2017.

Total control over the state

Xi’s growing power has allowed him to reach into corners of Chinese society once considered untouchable. One of those targets has been China’s new generation of affluent elites known as the “fuerdai,” or rich second generation.

His emphasis on reducing social inequities — part of his “common prosperity” initiative — has included moves to “adjust excessive incomes to promote social fairness and justice,” the CCP’s Central Committee for Financial and Economic Affairs said in a statement in August 2021.

Xi’s inequality campaign has put a target on China’s once freewheeling tech sector and the billionaires behind it, following his call in August 2021 that China’s most wealthy should “give back to society more.” Chinese tech mega-firms like Tencent and Alibaba have donated billions of dollars to common prosperity initiatives to demonstrate corporate submission to Xi’s economic agenda.

Worrying signs in the economy, and abroad

But when Xi emerges from the 20th Party Congress with CCP validation of a third term in office, the array of challenges facing China — many linked to Xi’s own policies — leave no time for a victory lap.

China’s youth joblessness rate rose to 19.9 percent in July, its highest rate since Chinese statisticians began calculating it in 2018. That’s sobering news for a one-party state that relies on delivering rising living standards as a key plank of its legitimacy.

Xi’s signature zero-Covid strategy may have saved many lives, but mass urban lockdowns have angered citizens and fueled unemployment. Meanwhile, one of the main drivers of economic growth, China’s property sector, is sputtering as real estate developers default on their debts prompting a sharp decrease in housing construction.

China is “the most serious long-term challenge to the international order,” Secretary of State Antony Blinken declared in May.

Those suspicions are pushing the U.S. and China into “a new Cold War,” China’s ambassador in Washington, D.C., Qin Gang, warned in July.

On the continent, relations between China and the European Union have curdled over the past two years in response to Beijing’s efforts to economically throttle Lithuania in reprisal for deepening ties with Taiwan.

And concerns about China’s increasingly aggressive military posture in Asia and its willingness to use economic coercion against trading partners has sown a growing China threat narrative in the Indo-Pacific from Australia to South Korea.

Xi’s perceived management failures of these problems — and concern about his personality cult — has sparked rumors of internal CCP opposition to his third term.

“The next five years require a great deal of crisis management in China [and] the major priority for Xi will be economic growth, political [and] social stability, and external political and national security,” said Alfred Chan, professor of political science at Huron University College and author of Xi Jinping: Political Career, Governance, and Leadership, 1953-2018.

But Xi has other cards still to play. He will likely quell potential dissent within CCP’s ranks by replacing some or all of the 11 Politburo members above the unofficial retirement age of 68 — including China’s senior diplomat, Yang Jiechi, Foreign Minister Wang Yi and Vice Premier Liu He — with trusted acolytes.

“In his third term, he will have more of his proteges, meaning the people he promoted to the top leadership, so that will make him more powerful,” said Cheng Li, director of the John L. Thornton China Center at the Brookings Institution.

Senior CCP officials may require Xi to make a symbolic sacrifice of one of his titles or publicly anoint a successor as the price of another term.

But the absence of a clear successor waiting in the wings should ring alarm bells in foreign capitals. “If we don’t get any clues, and if there’s no one that looks like they’re going to have that function, that’s kind of weird,” said Kerry Brown, director of the Lau China Institute at King’s College, London.

“What happens if Xi is incapacitated or drops dead? For a risk averse entity, the Party is putting all his eggs in one basket and that’s pretty risky.”