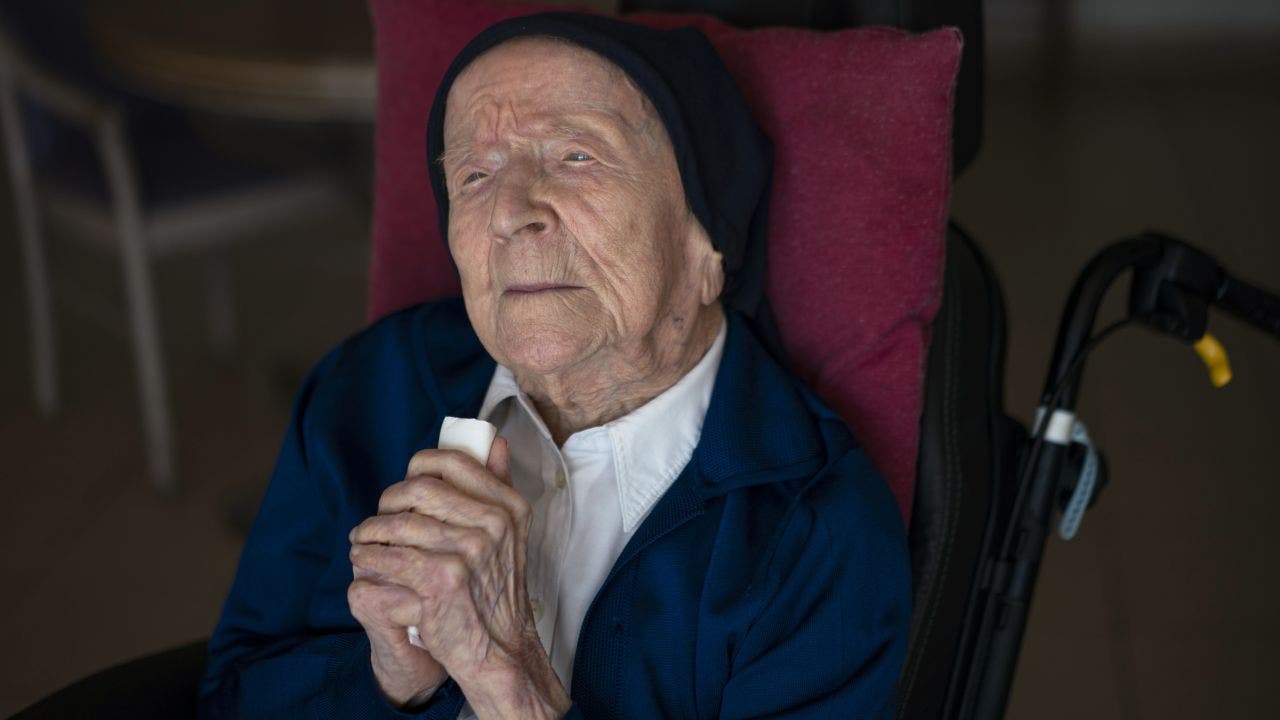 The world’s oldest living person is a 118-year-old woman from France.

Randon, or Sister André, as the people of France know her, has a long list of accomplishments attached to her name.

Lucile Randon, AKA Sister André, poses for a portrait at the Sainte Catherine Laboure care home in Toulon, southern France, on Wednesday, April 27, 2022. With the recent death of Kane Tanaka, 119, the world’s oldest person is now Randon, at age 118.
(AP Photo/Daniel Cole)

Here are 10 quick life facts about Randon that you should know.

1. Sister André was born before World War I

2. She shares a birth year with many famous figures

LONDON’S OLDEST WOMAN TURNS 108, SAYS COVID-19 IS ‘NOTHING COMPARED TO WORLD WAR I’

Randon became a Catholic nun in 1944 and took the name of Sister André, according to Guinness World Records.

4. She has a long history of helping people

Before she became a nun, Randon worked as a teacher, a governess and a child care provider during World War II (Sept. 1, 1939, to Sept. 2, 1945), according to Guinness World Records.

QUEEN ELIZABETH’S BIRTHDAY: BY THE NUMBERS

She also dedicated 28 years of service to orphans and elderly patients at a hospital in the Vichy, Auvergne-Rhone-Alpes region, the record reference source reports.

5. She is a record-holding COVID-19 survivor

Randon is the world’s oldest COVID-19 survivor, according to Guinness World Records.

She was infected with the respiratory virus on Jan. 16, 2021, but she recovered in three weeks and was able to celebrate her 117th birthday. About a century before that, she survived the Spanish flu — an influenza pandemic that lasted from February 1918 to April 1920.

6.  She was recognized by the pope

Randon reportedly received a letter from Pope Francis, according to Guinness World Records.

7. She lives in a coastal city

Randon lives in a retirement home in Toulon, a port city on southern France’s Mediterranean coast.

The city reportedly recognized her as an “honorary citizen” in 2019.

Lucile Randon lives in a retirement home in Toulon, a port city on southern France’s Mediterranean coast, which is home to more than 167,000 people.
(iStock)

8. She has a sweet tooth

Randon enjoys chocolate and other sweets as a “guilty pleasure,” reports Guinness World Records. She also reportedly drinks a glass of wine each day.

On her 118th birthday, Randon told French news agency Agence France-Presse that she’s “thinking of getting out of this business but they won’t let me.”

Randon is the world’s fourth-oldest person to be verified by Guinness World Records.

If she surpasses age 122 years and 164 days, Randon would take over Jeanne Calment’s (the current record holder) spot for the world’s oldest person in history.

In 2016, France reported it has 26,000 centenarians, according to National Institute of Statistics and Economic Studies (INSEE) records.