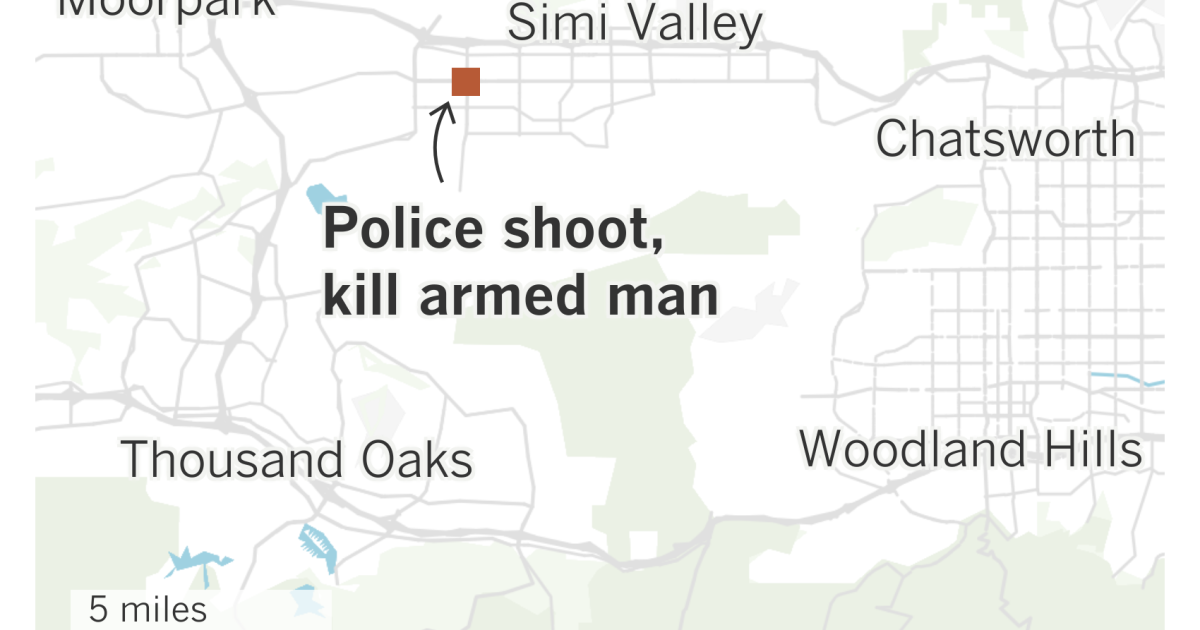 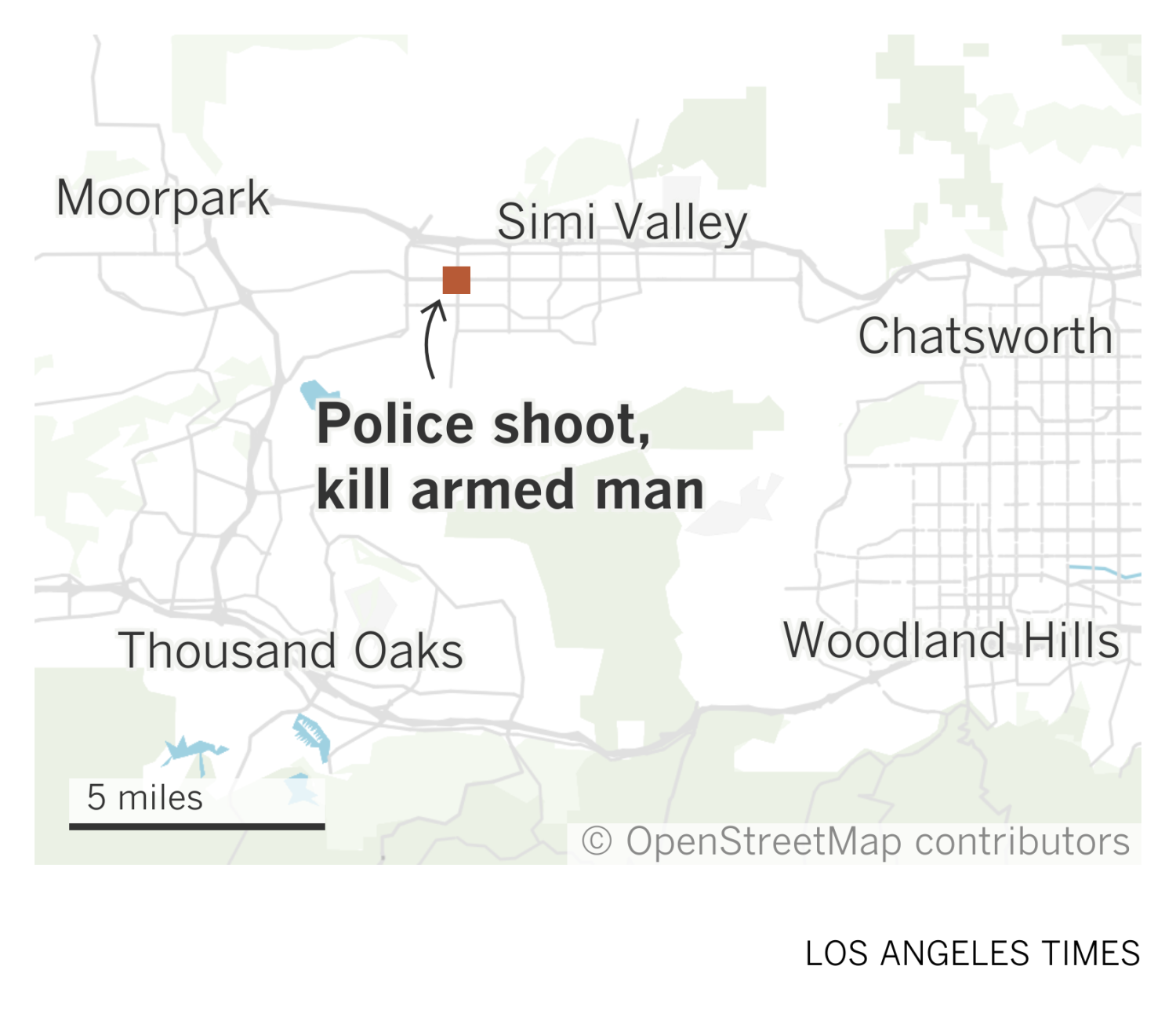 Simi Valley police fatally shot a man Thursday night after he pulled out a gun and shot at the officers, according to authorities.

Earlier Thursday, Los Angeles police told Simi Valley police that a murder suspect was in their area, Lew said. Officers came across a man who matched the description and tried to make contact.

The man took out a gun and shot at the officers, Lew said. Police returned fire, striking the man, and then started giving him first aid, Lew said.

Medical personnel arrived and took over first aid efforts, but the man succumbed to his injuries and was declared dead at the scene, Lew said.

Information about the man who was shot was not available.

No officers were hurt, Lew said. Investigators were working to find out whether the man is the murder suspect wanted by Los Angeles police.