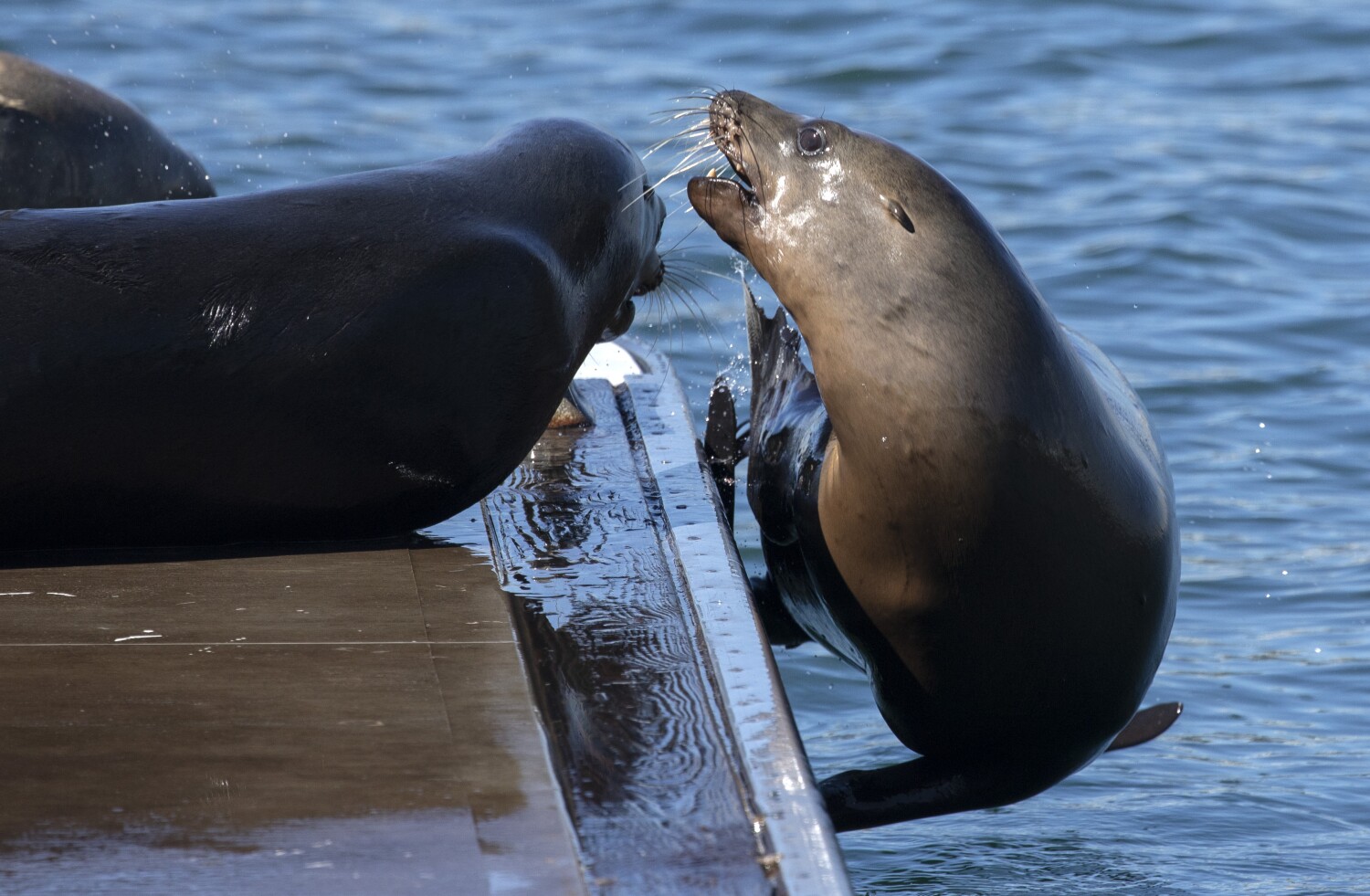 Sea lions are being poisoned by a toxin found in plankton and reports of the sick animals being spotted along the Ventura County coast are skyrocketing, according to an animal rescue organization.

The Channel Islands Marine and Wildlife Institute, a Santa Barbara-based marine animal rescue and rehabilitation organization, posted on Instagram about the issue that they say began last week.

“Our volunteer team has been working from sunrise to sunset to respond to each report and the animals in distress,” the institute wrote in the post. “We are responding to 50-100 calls a day with multiple reports on individual animals.”

The organization reported that a natural compound, domoic acid, appeared to be the cause of the strange sickness.

“Domoic acid is a potent neurotoxin naturally produced in phytoplankton,” they wrote.

Ingesting the acid can result in disturbing symptoms, like “disorientation … agitation, head bobbing and weaving/swaying back and forth, foaming at the mouth, bulging eyes,” and more, according to the institute.

The acid can be passed from animals to humans who eat them, according to officials. Crustaceans, fish and shellfish can all have high levels of domoic acid in them without showing symptoms, the California Department of Public Health says.

The domoic acid poisoning has mostly affected adult female sea lions, according to the post. The animals usually recover from the acute symptoms caused by the toxin in about three days after passing the acid through urination, the institute said.

The Channel Islands Marine and Wildlife Institute reminded people to keep their distance if they see a sea lion or other marine mammal in distress.