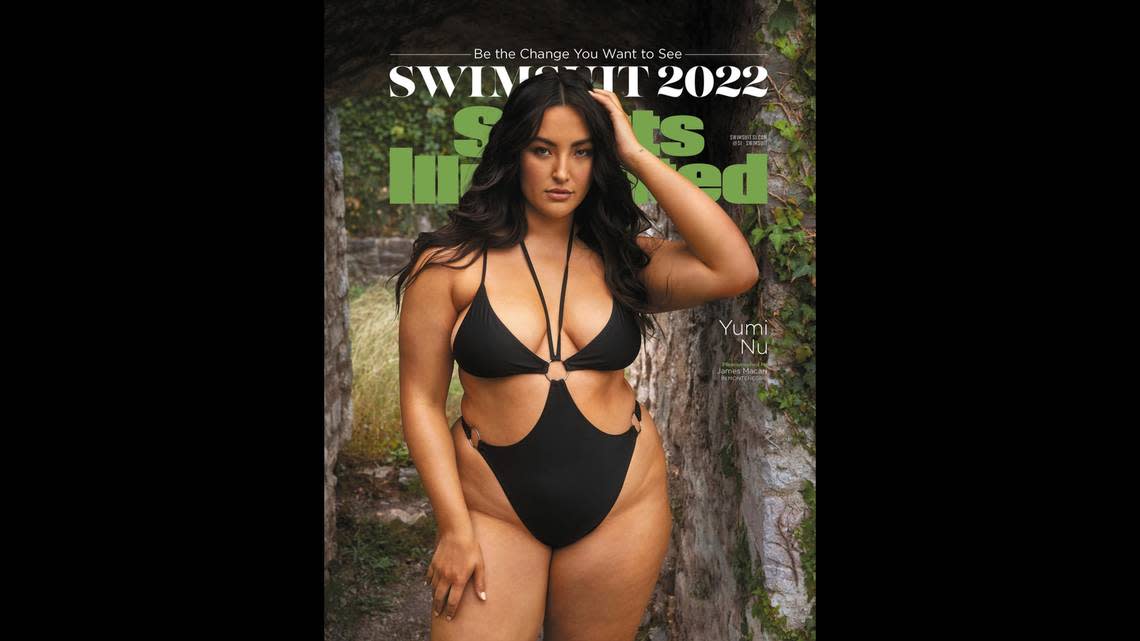 Swimsuit season is upon us, and with it the inevitable debate about a publishing event that has been around for as long as I can remember. Yup, you guessed right. The Sports Illustrated Swimsuit print issue has hit the stands, and videos of models frolicking on the sand have been posted online.

For almost 60 years, the magazine has featured bathing beauties in barely there strips of cloth. They’re traditionally photographed in exotic locales that make one yearn for a drink with a little cocktail umbrella.

Even with all this eye candy, however, SI Swimsuit is regarded by some as a purveyor of societal misogyny, nothing more than an annual tradition that commodifies women’s bodies. The decades-long criticism apparently hasn’t dented the special issue’s commercial appeal, but it looks to have influenced editorial choices.

This year, SI has tried to reflect the body diversity movement by including women of all ages and sizes. In its photo spread, for instance, it spotlights five WNBA players, the first time the magazine has chosen models from this professional women’s league. Another first: Kelly Hughes of Miami shows off a not-uncommon wound of motherhood, a very visible C-section scar.

However, public attention has been most notably focused on the cover models, four women who are very different from one another. One cover, for example, depicts 74-year-old Maye Musk, the mother of bijillionaire Elon Musk, who looks — if I say so myself — like a million bucks. She’s the oldest woman to land the modeling gig.

Two other cover models have recognizable names as well: media personality Kim Kardashian, 41, no stranger to wearing almost nothing at all, and singer Ciara, married to NFL quarterback Russell Wilson.

The fourth cover model, the one who serves as the latest flash point for our perennial debate about beauty, is plus-sized Yumi Nu, an Asian-American recording artist. No one can deny that Nu is gorgeous, but her full figure hardly matches the modern female ideal of a Size 2. Unlike the norms that once inspired Peter Paul Rubens and painters from past centuries, today’s standards don’t allow for the amply endowed.

To the surprise of no one on social media, one well-known personality proved the rigidity of our ideals.

“Sorry. Not beautiful,” tweeted self-help guru and YouTube star Jordan Peterson, who included the cover photo of Nu. “And no amount of authoritarian tolerance is going to change that.”

The backlash came fast and furious for Peterson, a Ph.D clinical psychologist whose cluelessness proves credentials aren’t always worth the paper they’re printed on. Even his fans struck back.

“Beyond disappointing,” one lamented.

Another wrote: “Beauty is subjective. You can be older or heavier & still be beautiful.”

My favorite retort, though, was from a woman who posted a 1918 painting by Czech artist Max Švabinský: “It’s obvious you have never been to an art museum in Europe. Some of the most memorable paintings I’ve ever seen in my lifetime were of women that looked just like this.”

Peterson didn’t take his well-deserved lumps sitting down. “Rage away, panderers,” he shot back. “And tell me you believe such images are not conscious and cynical manipulation by the oh-so-virtuous politically correct.”

Soon after, he reportedly took a sabbatical from Twitter. Just the same, I’m glad Peterson expressed what others have privately thought. His tone-deaf comments have forced many, at least those of us on social media, to analyze what traits we believe make someone physically attractive, and how inclusive we are willing to be.

Must everyone fit into a certain mold? Is there room for variations of an ideal? Why is it women who are always judged? Is anyone ever entitled to fat-shame someone else?

Beauty, it has been said, is in the eye of the beholder. Peterson and those who razzed him proved that old maxim true. Beyond that, his insults underscore how our narrow concept of beauty is ridiculously entrenched in the myopia of our times.

Whether he intended to or not, he did us a favor by offering an opinion that said more about him than about Yumi Nu.

Ana Veciana-Suarez writes about family and social issues. Email her at [email protected] or visit her website anavecianasuarez.com. Follow @AnaVeciana.