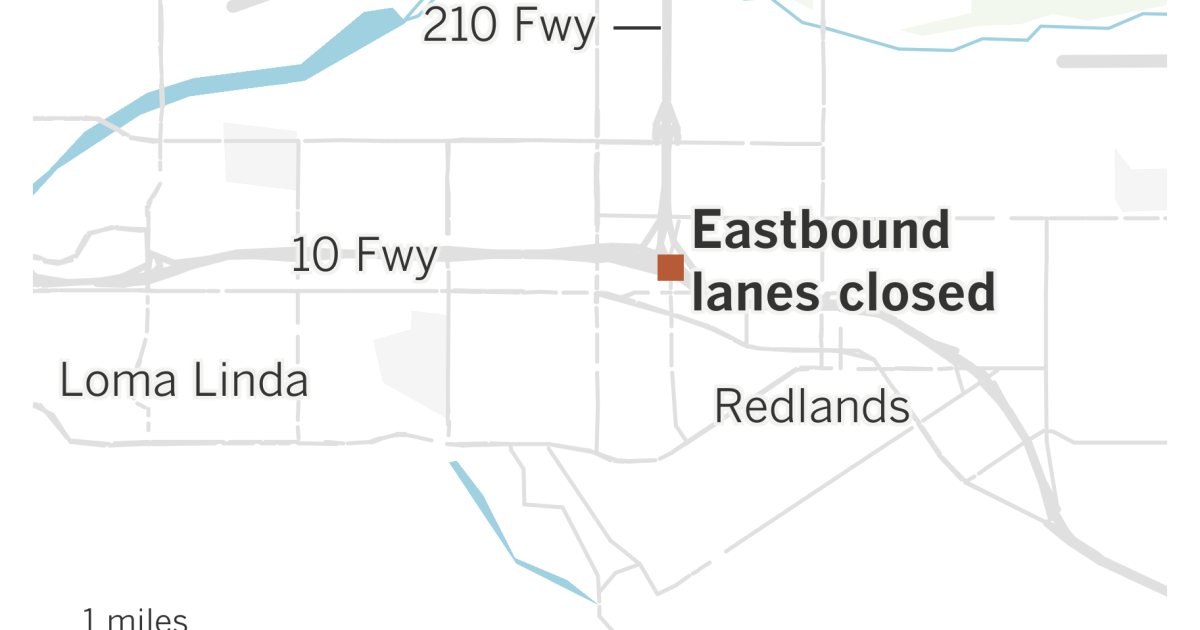 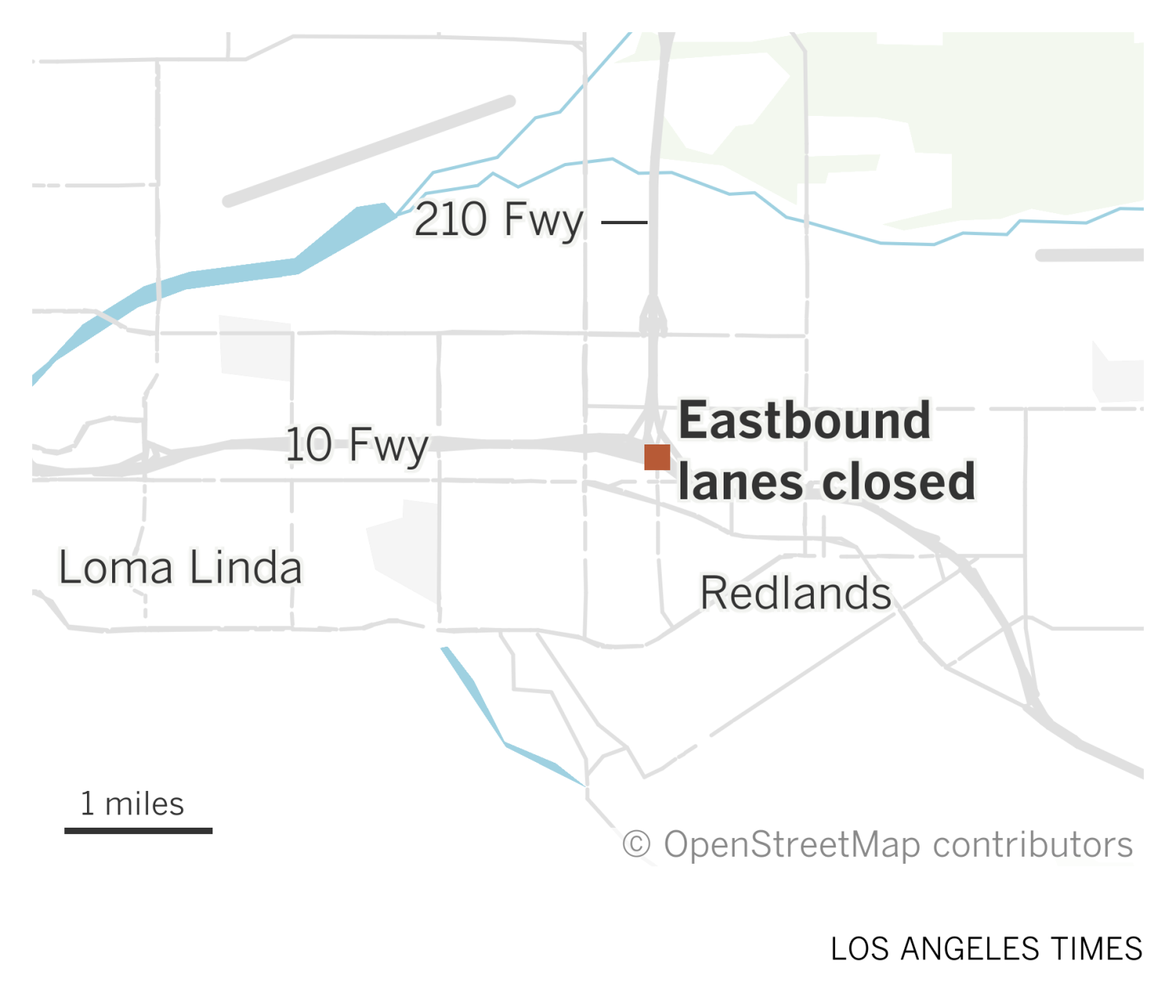 All lanes of the eastbound 10 Freeway in Redlands were closed Tuesday night after a shooting in Fontana and subsequent police chase.

A SigAlert closing the lanes at Tennessee Street would be in place for an unknown duration, according to the California Highway Patrol. Traffic was being diverted onto the 210 Freeway.

The Times could not immediately reach a Fontana police spokesperson to confirm information about the shooting or pursuit.

The shooting and chase occurred after officers attempted a vehicle check on the 15 Freeway at Sierra Avenue, according to KABC-TV Channel 7.

It wasn’t clear whether police or the suspect fired shots, the station reported. The chase came to an end when officers performed a PIT maneuver, striking the rear of the fleeing vehicle to cause it to spin.

Authorities requested an ambulance for the driver and a female passenger, according to the station. Their conditions weren’t known.

Further information was not immediately available.