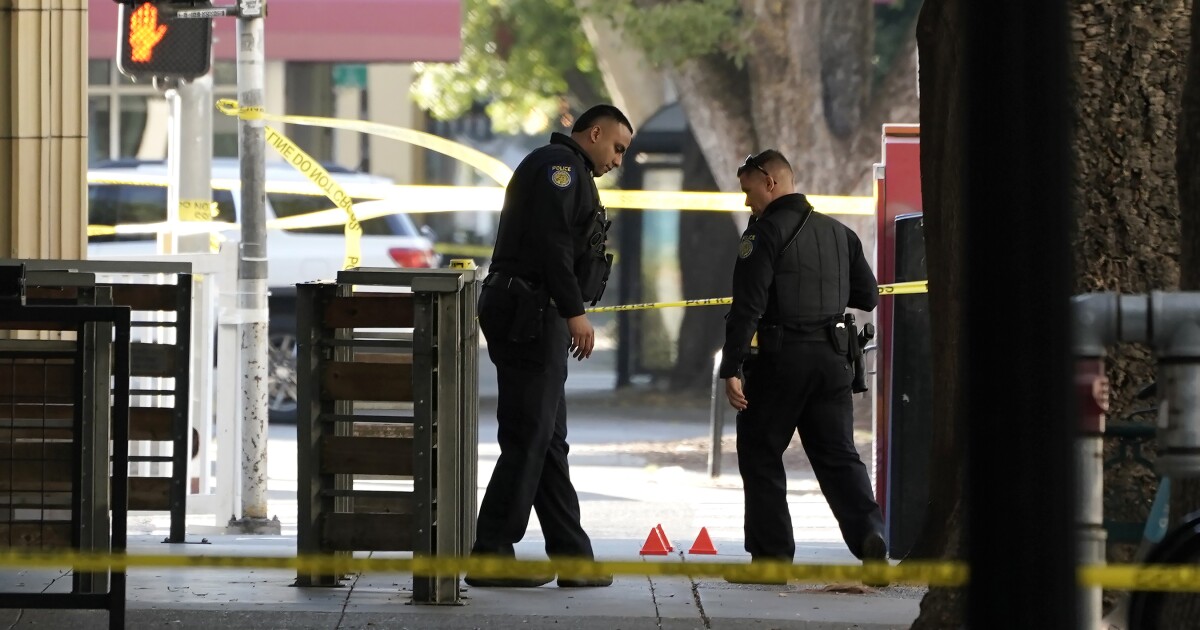 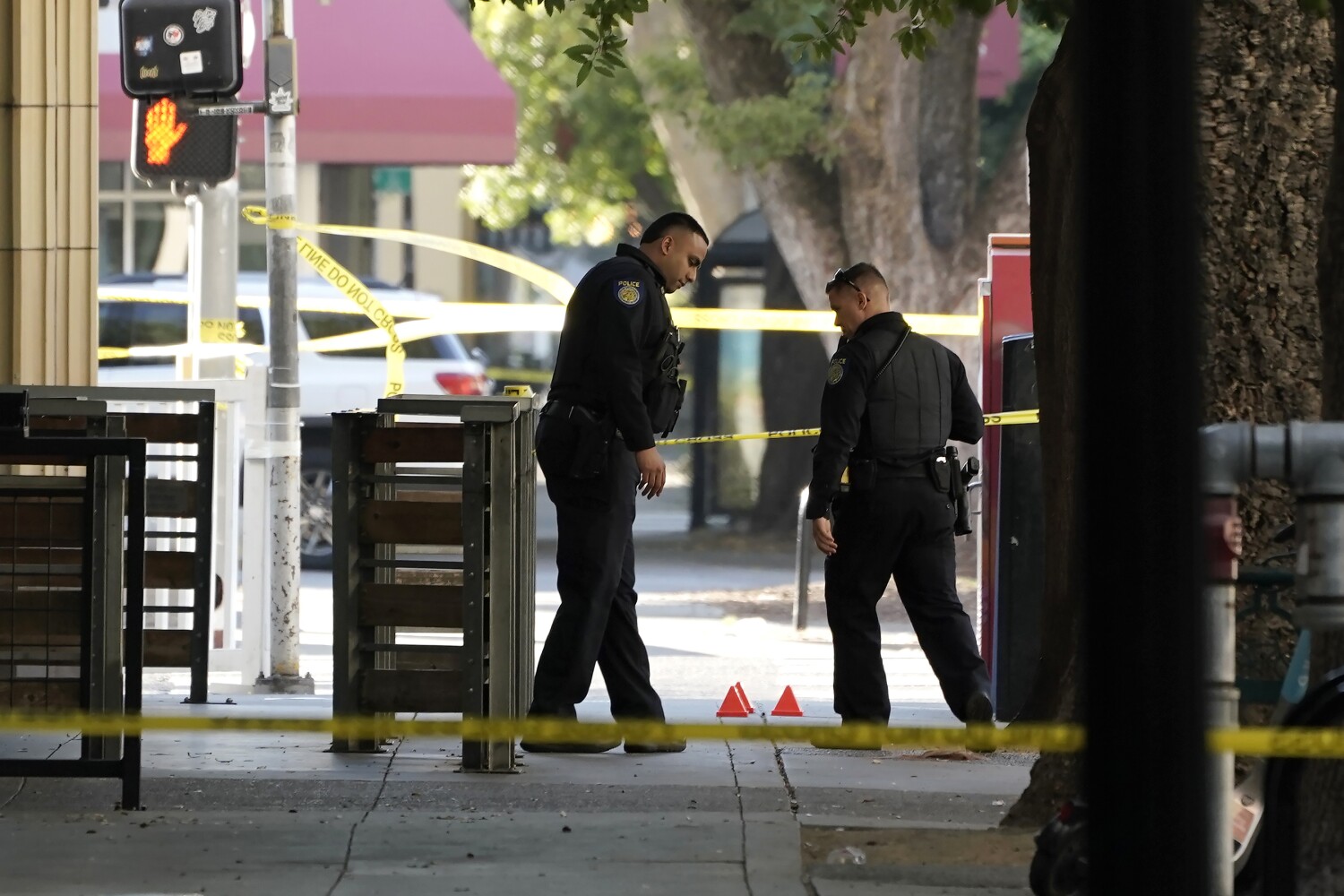 One person was killed and four others wounded by gunfire in a popular nightlife district in downtown Sacramento early Monday — the second time this year that a shooting in the area had claimed multiple victims.

Police received reports of a shooting at 1:51 a.m. in the area of 16th Street and L Street, not far from the state Capitol, as patrons were leaving bars and clubs. Investigators believe the shooting took place near the Mix Downtown nightclub.

When officers reached the 1500 block of L Street, they found multiple gunshot victims. Five men were rushed to hospitals, where one was pronounced dead.

The Sacramento County Coroner identified the person who was killed as Gregory Grimes, 31. Family and friends said Grimes was a football star at Boise State University who had returned to Sacramento to coach at his alma mater, Inderkum High School.

The other four men were reported to be in stable condition, the Sacramento Police Department said in a news release Monday afternoon.

Details of the shooting remain unclear. The scene Monday morning was roped off by yellow caution tape, with reporters and camera crews hovering nearby. Officials had closed off J Street and L Street at 16th Street, where dozens of small evidence cones dotted the roads and sidewalks.

Police were investigating whether there was more than one shooter and called on witnesses to submit relevant tips and videos.

“The circumstances surrounding this incident remain under investigation and there is no suspect information at this time,” the news release said.

On Monday, loved ones shared memories of Grimes, who leaves behind a young son. He visited his parents multiple times a week and remained close to his college and high school teammates.

“He was the first student-athlete to receive a scholarship at Inderkum for Boise State and came back to his alma mater at Inderkum to teach special ed as well as coach DLINE for varsity,” Grimes’ family said in a statement to CBS-Sacramento.

Grimes’ father and mother told the Sacramento Bee that he was their only child and that he looked after his family in ways big and small.

“He has a floral subscription so he could just randomly send me flowers,” his mother said. “He’s just pure.”

The Fourth of July shooting took place not far from K Street, where multiple gunmen unleashed a barrage of bullets onto a crowded street in the early hours of April 3. Police have said that at least five people drew weapons and opened fire in a gang shootout.

Killed in the crossfire were three men and two young women, as well as a homeless woman well known in the neighborhood. At least 12 other people were wounded.

Three suspects — identified by police as rival gang members — have been arrested in connection with the shootout.

Waking up Monday to reports of yet another shooting in the heart of Sacramento, Mayor Darrell Steinberg issued a statement calling for an end to gun violence.

“Whether it’s a mass shooting or an altercation that turns deadly, the root cause is the same. The proliferation of guns and lack of adequate societal and mental health support in our country means more people are armed and ready to pull the trigger,” he said. “I also implore voters and elected officials at all levels of government to treat gun violence as an emergency that requires an immediate and effective response.”

For Leia Schenk, a longtime activist who has been assisting three of the families still reeling from the April shooting, the latest tragedy lays bare the broken promises that continue to disappoint her community.

“It’s heart-wrenching. … This could have been prevented,” said Schenk, who heads the local grassroots group Empact Community Organization. “There were a lot of promises made as far as more police … better lighting, better cameras — all of these things were promises to the community, and they didn’t happen. So here we are, again.”

Schenk recalls being on K Street after the shootout in April, seeing bodies laid out on the ground and the pain of so many families. For someone who has provided long-term support to grieving families, Schenk says the aftermath of gun violence cannot be ignored.

“The aftercare is so very important,” she said. “That’s when everybody goes away, that’s when the cameras go away. You’re just left with the grief, and that is more debilitating than anything.”

She paused, gathering her thoughts. “It’s absolutely horrific,” she said. “Another child today woke up without a father.”