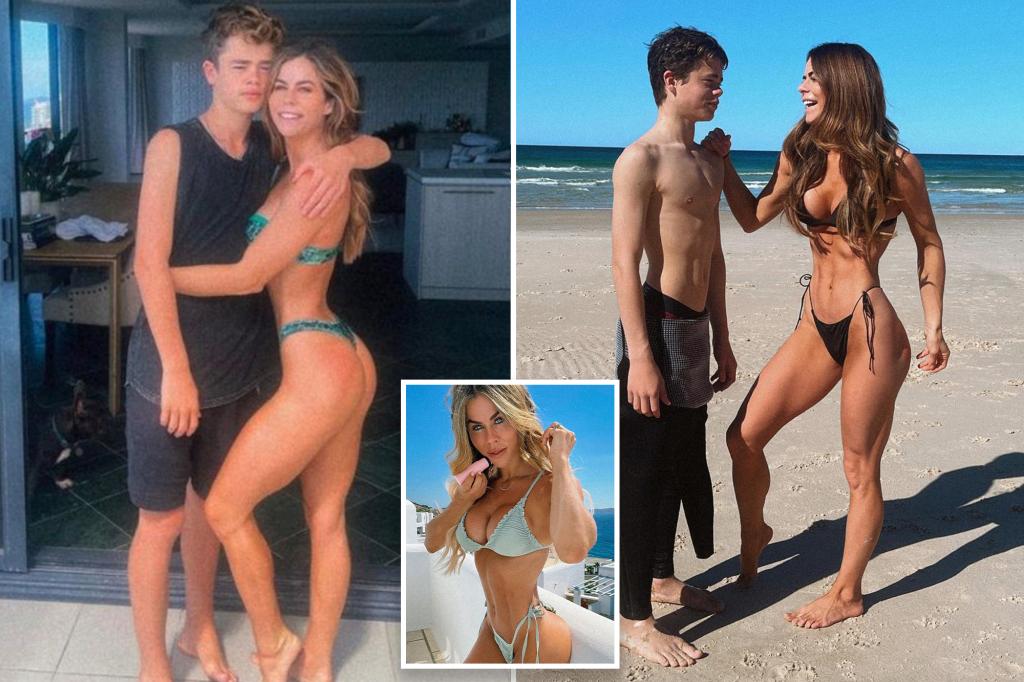 Don’t mess with this mama.

An Australian fitness influencer is hitting back after she was blasted for posing in a thong bikini with her teenage son.

Sophie Guidolin, 33, shared the snap with her 562,000 Instagram followers to celebrate son Kai’s 15th birthday, with the photo showing the blonde beauty cuddling up to the boy with her bare booty on display.

Haters immediately attacked the “inappropriate” image, claiming Kai looked “uncomfortable” and that Guidolin was using her son to feed her “burning addiction to attention.” Other vulgar tolls claimed it appeared as if the proud mama was “banging” her child.

But a defiant Guidolin isn’t backing down: “Having a body is normal, having body parts is normal, it’s not sexualized, it’s nothing shameful, and it’s something I reiterate and drive home here with my boys,” she told the Daily Star in a new interview.

“So when they see me in a bikini, they don’t think anything other than ‘Hmm, mom’s tanning, mom’s going to the beach, going for a swim,’” she further explained. “They don’t see me and be like ‘Oooh what a sexy bum you’ve got.’”

Guidolin first posted the image back in April, where it garnered national attention in Australia.

However, the influencer and nutritionist is still attracting criticism over the Instagram image, and has been forced to update its caption.

“We live in the Gold Coast, Australia, where wearing a bikini to the beach is so beyond normal, that I didn’t even consider having to place a disclaimer on this photo,” the update read.

She also posted a follow-up video with her son, who said he wasn’t embarrassed by the image.

“Do I have a problem wearing a bikini in front of my sons? NO WAY. Why? Because im not sexualized to him, nor have I ever been!!!” the mama bear further raged. “If you have an issue, maybe you should look into why you feel you have to sexualize a woman’s body instead of it simply being a mom and her son at the pool!!!”

Hundreds of fellow moms told Guidolin to ignore her haters, with one writing: “Too many sick people around on social media.”

“I think the pic is beautiful,” a fellow fan fawned.

Guidolin frequently posts photos with Kai, whom she gave birth to when she was 19 years old.