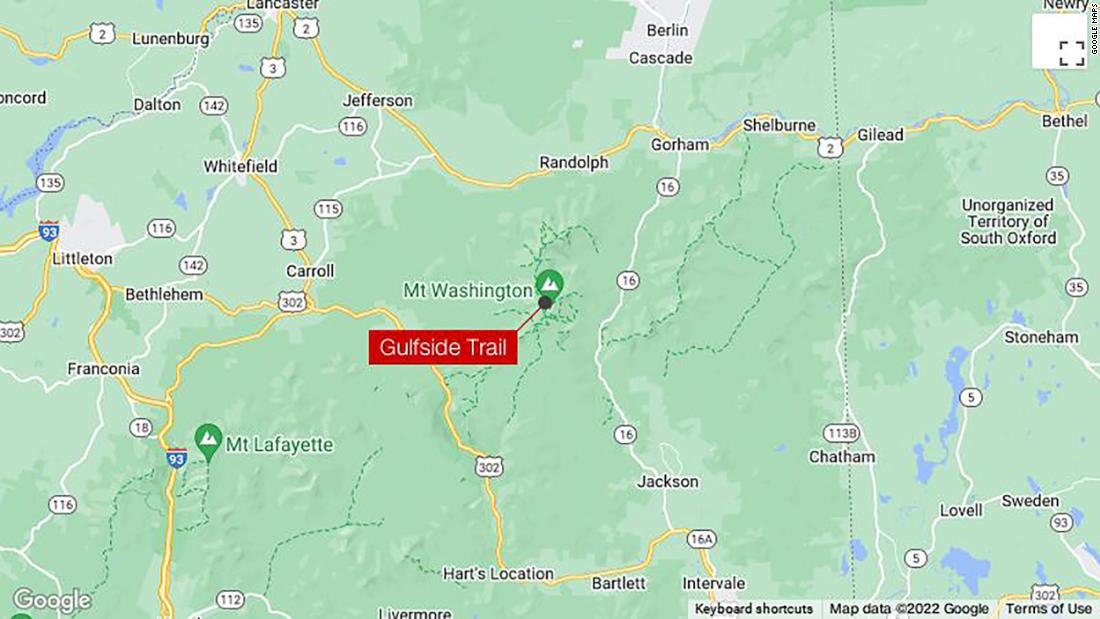 Xi Chen, 53, of Andover, Massachusetts, was attempting to hike the Gulfside Trail in the Presidential Range when he was “overcome by severe weather conditions,” according to a New Hampshire Fish and Game (NHFG) news release.

The hiker’s spouse called the agency Saturday around 6:30 p.m. after Chen sent her a text message telling her he was “cold and wet and could not continue on” and that he “felt he would die without a rescue,” according to another news release issued Sunday.

NHFG officers had already received multiple calls that day from cold and wet hikers asking for rescues, the majority of whom were traversing high elevations in the Presidential Range, the release said. Due to the “dire nature” of the call about Chen, rescue crews responded immediately and called for additional resources, including officers from around the state and Mountain Rescue Services personnel.

“The conditions in the high peaks were treacherous: freezing temperatures, rain, sleet, snow, and winds gusting over 80 mph. Only those with the experience, training, and adequate gear were utilized for this rescue,” the release said. In total, nine mountain rescue personnel and six conservation officers responded to attempt to rescue Chen, according to NHFG.

Two teams of rescuers were dropped off near the summit at around 9:30 p.m. and 10:30 p.m. and hiked through “driving rain, blowing snow, and sustained 50-60 mph winds with gusts over 80 mph” to reach the location Chen was believed to be in, the release said. Due to the buildup of ice on the road, chains were placed on the tires of park trucks to drive rescuers to the summit.

At about 10:38 p.m., the first rescue team found Chen, who was “unresponsive and in a highly hypothermic state,” the release said. Rescuers immediately placed a temporary shelter over him and tried to warm him up, it said.

After detecting signs of life, rescuers carried him over a mile to the summit of Mt. Washington, according to the release.

At the summit, Chen was placed in a truck and driven to a waiting ambulance that transported him to the Androscoggin Valley Hospital in Berlin, about 24 miles northeast of the Mt. Washington summit, NHFG said.

Life saving efforts were performed on Chen for several hours but he could not be revived and was pronounced dead, NHFG said.

Many of the hikers who called for rescues Saturday were not prepared for the weather conditions forecast on Saturday, according to NHFG.

“The forecasted weather conditions, particularly for the higher summits, was not heeded by many hikers,” the agency said in its release. “Several found themselves unprepared for the dangerous conditions above tree line, and instead of turning back or bailing out to safer elevations, they continued on and ultimately called 911 expecting a rescue.”

When NHFG received the emergency call about Chen, officers were already in the midst of carrying an injured hiker out of the Centennial Trail in Shelburne, the agency said.

“Sometimes having enough gear is not enough,” NHFG advised. “In weather conditions experienced this weekend, it is better to descend and get out of the wind and cold instead of pushing on until it is too late.”