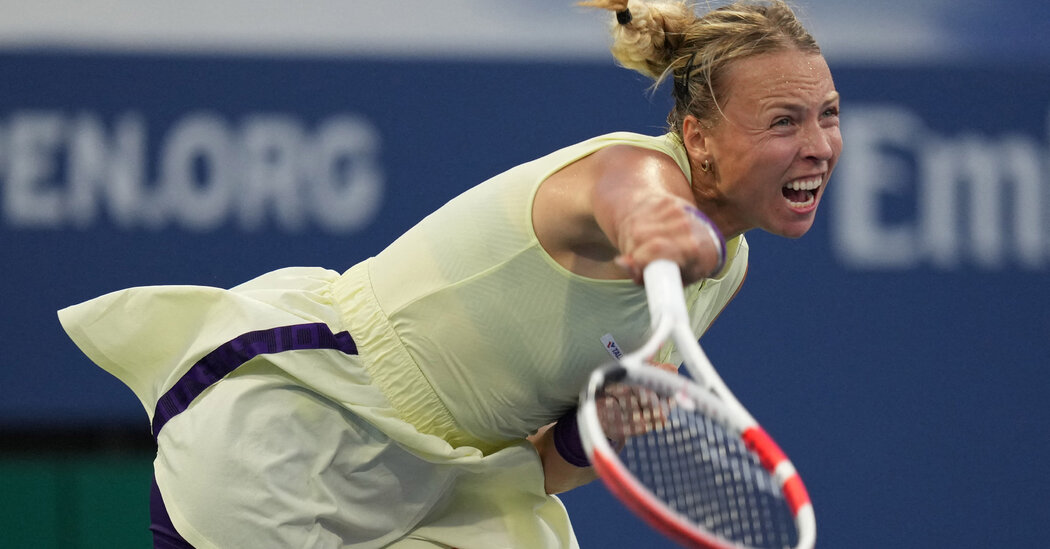 At nearly 41 years of age, Serena Williams would seem to have seen it all in tennis, but the new experiences keep coming in what she has suggested — but coyly not quite confirmed — will be her final tournament.

Since returning to the tour in June after nearly a year’s absence, she has played five singles matches: four of them against opponents she had never faced.

More novelty lies ahead on Wednesday night in the second round of the U.S. Open when she will play her first career match against Anett Kontaveit, the No. 2 seed.

They will face off in a packed Arthur Ashe Stadium, a venue that feels like home to Williams even if it has not always been a haven.

Kontaveit, a 26-year-old Estonian whose international profile is not nearly as high as her ranking, has surely never experienced anything quite like what awaits her on Wednesday. But she sounds more excited than daunted.

“I’m going to fight as hard as I can for every point and really enjoy the atmosphere of being out there against the greatest player of all time,” she said. “I think it’s such a great opportunity.”

Kontaveit is the highest-ranked player in history from Estonia, the northernmost of the three Baltic States. But she is not Estonia’s first elite women’s singles player. Kaia Kanepi, 37, reached her first Grand Slam singles quarterfinal in 2008 at the French Open and has been to six more, most recently, in a big surprise, at this year’s Australian Open.

Kontaveit, a ferocious ball-striker with a powerful serve, has made it to only one Grand Slam quarterfinal at this stage, which helps explain her relative anonymity. But she did break new ground for Estonia by reaching the championship match of last year’s WTA Finals, the tour’s prestigious year-end event, losing to Garbiñe Muguruza of Spain.

That run boosted Kontaveit’s ranking, but her best results have come in lower-tier events and often indoors: no surprise considering Estonia’s long winters. Though she has often trained in Britain and was once described by the country’s Daily Telegraph as “an honorary Briton with a cut-glass” English accent (presumably a compliment), she still lives in Tallinn, Estonia’s capital, in an elegant modern apartment that she has decorated with plants and some of her own handmade pottery.

The U.S. Open could be the tennis star’s last professional tournament after a long career of breaking boundaries and obliterating expectations.

“She does get recognized in the street, and she has a lot of fans in Estonia for sure,” said Torben Beltz, the veteran German coach who joined her team in June before Wimbledon.

Kontaveit, a prodigy who won the Estonian women’s singles title at age 13, received instruction from her mother Ülle Milk in her formative years. But she has had a series of prominent international coaches on tour: working with the Dutchman Glenn Schaap; the Briton Nigel Sears; and Dmitry Tursunov, a straight-talking and deep-thinking former tour player from Russia who was instrumental in Aryna Sabalenka’s rise into the top three and then Kontaveit’s.

But Tursunov and Kontaveit ended their partnership this spring. Kontaveit attributed the split to Tursunov’s Russian nationality making it complicated for him to secure visas and travel with her consistently on tour after the nation’s invasion of Ukraine, but that did not keep Tursunov from being quickly rehired for a trial run by Emma Raducanu, the 19-year-old British star.

Though Kontaveit reached the final of the Qatar Open in February, this has been a trying season. She said she contracted Covid-19 in late April and withdrew from the Madrid Open and said she struggled physically when she returned to the tour.

“We all know she had long Covid kind of,” Beltz said. “She was not fit, but she’s very close again to get this back and is playing better in practice really well now. So I think it’s coming.”

“I’ve been scouting her for a long time,” Beltz said with a laugh. “Every tournament when you play good you have to scout Serena, because you know your player may have to face her. But it’s great to face a champion, I think. It’s going to be a good match tomorrow.”

Beltz scouted Williams this time from afar by watching on television when she defeated Danka Kovinic of Montenegro on Monday night in an extraordinary atmosphere at Ashe Stadium.

“I couldn’t get a ticket,” Beltz said. “This is the biggest thing I’ve ever seen in women’s tennis. I think it’s the greatest thing for the sport, and we all have to thank Serena for all she did. Especially right now with the end coming.”

Though Williams has struggled since her return to the tour in June, winning just two of her five singles matches, Beltz could see progress against Kovinic.

“I think her ball speed, serve and return is really up to her prime time,” Beltz said of Williams. “I saw her other matches, and it looks like she’s improved over the last couple of weeks. She looks in better shape and looks good now. For Anett, I think the key is to just go out and try to play her best tennis but also enjoy the moment. It’s going to be a big challenge, a great challenge, but I think she wants that challenge and wants to embrace it.”

Remarkably, she may get to embrace the challenge twice in Williams’s farewell U.S. Open. Kontaveit and Shelby Rogers, her American partner, could also face Williams and her sister Venus in the second round of the women’s doubles tournament.