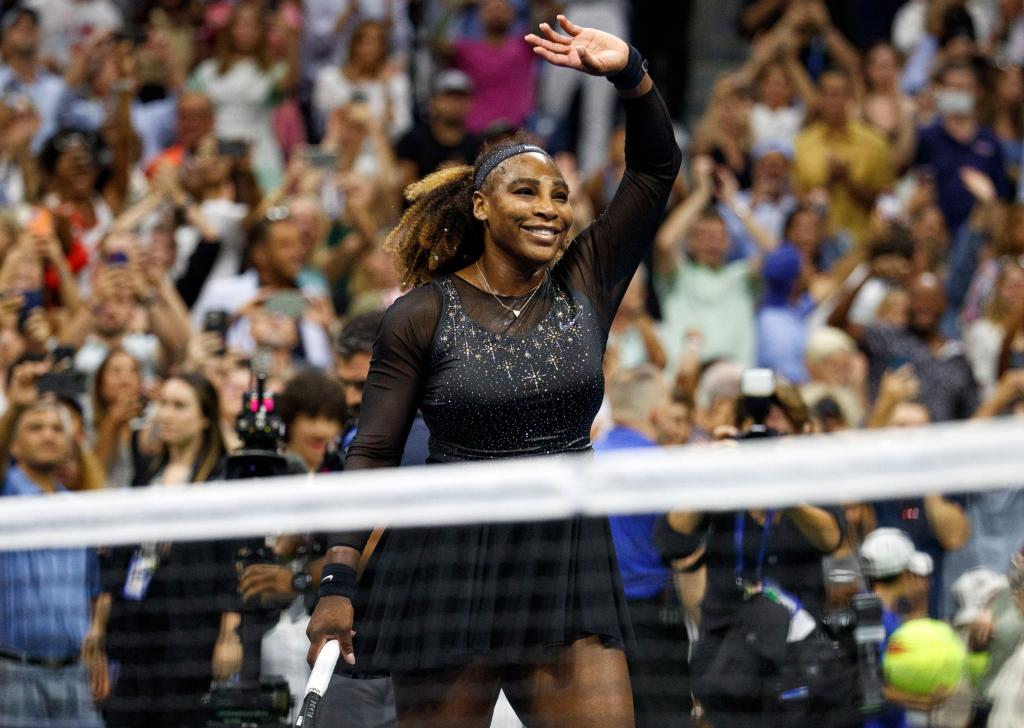 When Willie Mays said goodbye to America across the street some 49 years ago, it was time. But that is not the case for Serena Williams.

Tomorrow will have to wait.

This was about tennis, not hagiography under the lights at Ashe on Wednesday, though when it comes to this 40-year-old American icon, that is often a a distinction without a difference.

And when it comes to tennis, nobody has done it better.

On Wednesday, nobody did it better than Williams in her stunning 7-6 (4), 2-6, 6-2 triumph over Anett Kontaveit — the second-ranked woman in the world and the tournament’s second seed — in a dramatic match in which Serena seemed to turn back the hands of time.

She was crisp and sure and quick. Yes, quick in her movements and light on her feet in the third set in which she broke her Estonian opponent three times with crisp shot-making, equally sharp decision-making and a light step.

This was a match that was very much in doubt after the second set, in which Williams had been broken three times. But Serena turned — what’s that word? — history her way in the third with a dominating performance that kind of came out of nowhere.

Well, if you don’t count the last 23 years in which she has won 23 Grand Slam tournaments, that is.

This is Serena’s home court, no doubt about it. The USTA doesn’t pretend otherwise with its match presentation. After Kontaviet was introduced and took her place courtside, a montage of Williams’ career on the scoreboard preceded her introduction. Maybe Timmy Trumpet will accompany her entrance next time.

And the crowd? Well, every break point sounded as if Jacob deGrom had two strikes on a batter.

“This is totally about her,” said the 26-year-old Kontaveit, who displayed an outward sense of poise even as every one of her missteps was cheered. “I was totally aware of that. I knew it was coming, but when I was on the court it was hard. It was hard.

Kontaveit did not crumble, even though her game got smaller and smaller. Williams smashed winners. She seemed to get to just about everything. She rediscovered the wave that she had ridden to her first-set tiebreak victory and just rode it.

Actually, Serena’s tennis evolved in the third set. That’s what it did through this odd mix of competition and celebration.

“The experience was really good,” she said of the environment and the embrace she has received. “I think you can only have this experience once in a lifetime, that’s for sure.”

Williams said she is trying to find the sweet spot between embracing this celebration of her and preparing for her matches. Next up Friday will be 46th-ranked Croatian Alja Tomljanovic.

“These moments are clearly fleeting. For me its really about having a little embrace, but also understanding that I’m here to focus and do the best that I can this time.”

The No. 2 seed is out. So are the third, seventh, 10th, 11th, 14th and 16th seeds through the first two rounds of this tournament. It is not as if the seas have parted for Serena — who knows, maybe that will happen over the weekend the way this is going — but still.

Williams said that she is not focusing on whether she can actually win this championship. She is taking this one step at a time and one match at a time, even as she will be on court Thursday night playing doubles with her sister, Venus.

And trying her best to enjoy and appreciate this unique journey.

“It’s this weird mixture of embracing and staying focused. I’m just trying to figure out which percentage of each,” said Williams, who also told Fernandez on court she felt as if she has nothing to lose. “I feel like I’ve had a big red ‘X’ on my back since I won the U.S. Open in ’99.

“I feel like it’s been there my entire career. But this is different. I feel like I’ve already won, figuratively, mentally. It’s just pretty awesome, the things I’ve done. Tonight, I was like, ‘Serena, you’ve already won, just play. Be Serena.’ ”

Wednesday she was Serena. She will need to win five more matches in order to claim the title. That seems like an unreachable star.

But what are dreams if not impossible. And what is impossible when it comes to Serena?