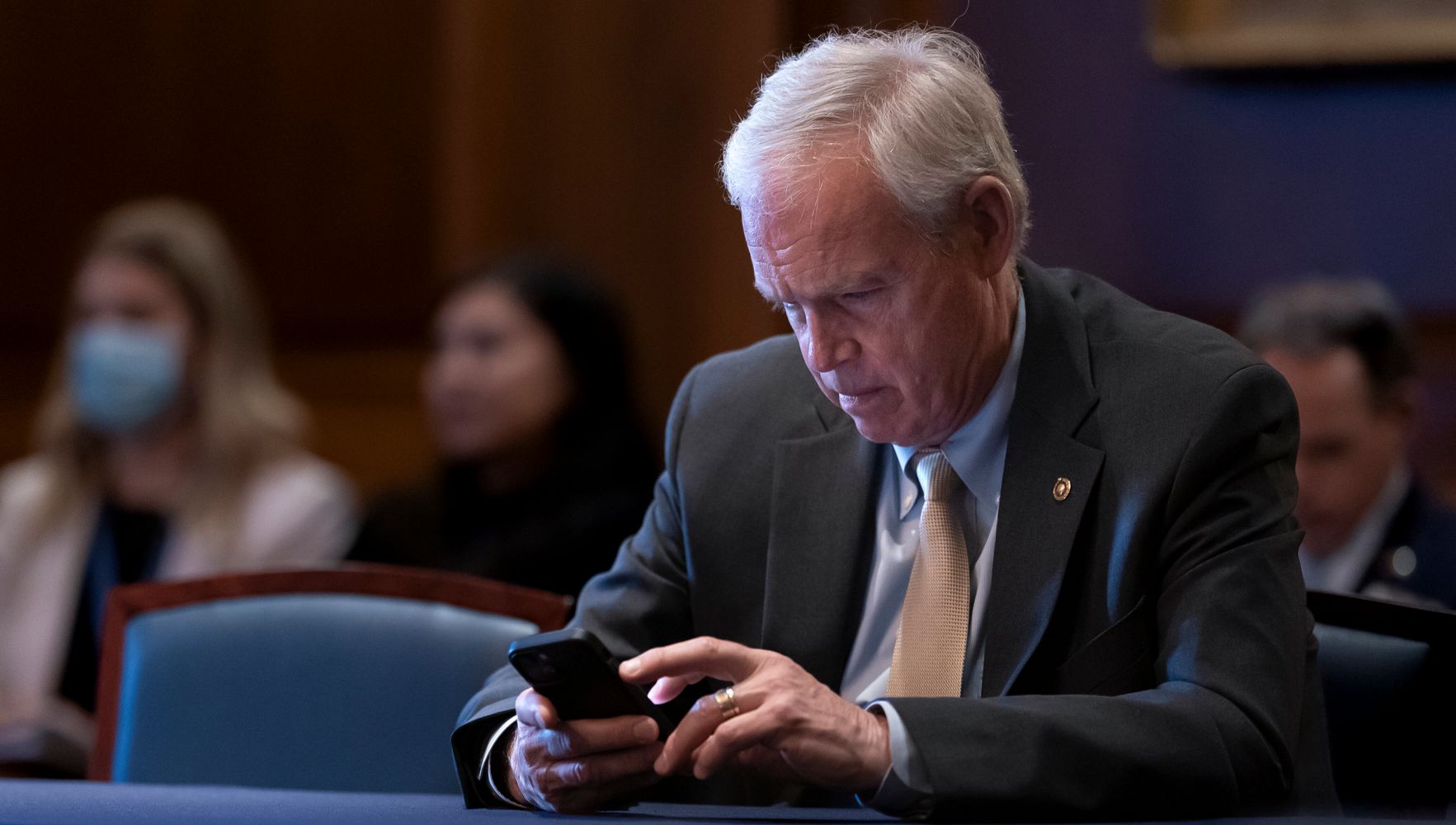 He got caught doing that, too.

NBC News reporter Frank Thorp V spotted the Wisconsin Republican as he left the Capitol building Tuesday. Earlier that day, the House committee investigating the Jan. 6, 2021, attack on the Capitol aired damning texts sent by Johnson’s chief of staff, Sean Riley, to a Pence staffer saying the senator wanted to hand the vice president an ”[a]lternate slate of electors” ― the fake election documents used to push the idea that former President Donald Trump won in states he actually lost.

“How much did you know about what your chief of staff was doing with the alternate slates of electors?” Thorp asked Johnson, as captured in a video of the encounter.

“I’m on the phone right now,” Johnson said, pointing to the device and dismissively waving Thorp away.

Sen. Ron Johnson so much didn’t want to talk to reporters about his office trying to pass fake elector lists to the vice president’s office that he tried to pretend he was on the phone. pic.twitter.com/V1VwBDs42t

Caught in the act, Johnson nevertheless continued the ruse, holding the phone to his ear in a one-sided, silent conversation with no one.

After 30 awkward seconds, the senator put his phone down ― still having not uttered a word into it ― to tell reporters the apparent bombshell is “a complete non-story.”

“I don’t know what you’re even concerned about here,” he said.

Johnson denied any knowledge of what transpired between his chief of staff and Mike Pence’s staff, saying he had no idea the falsified election documents had “even been delivered to us.”