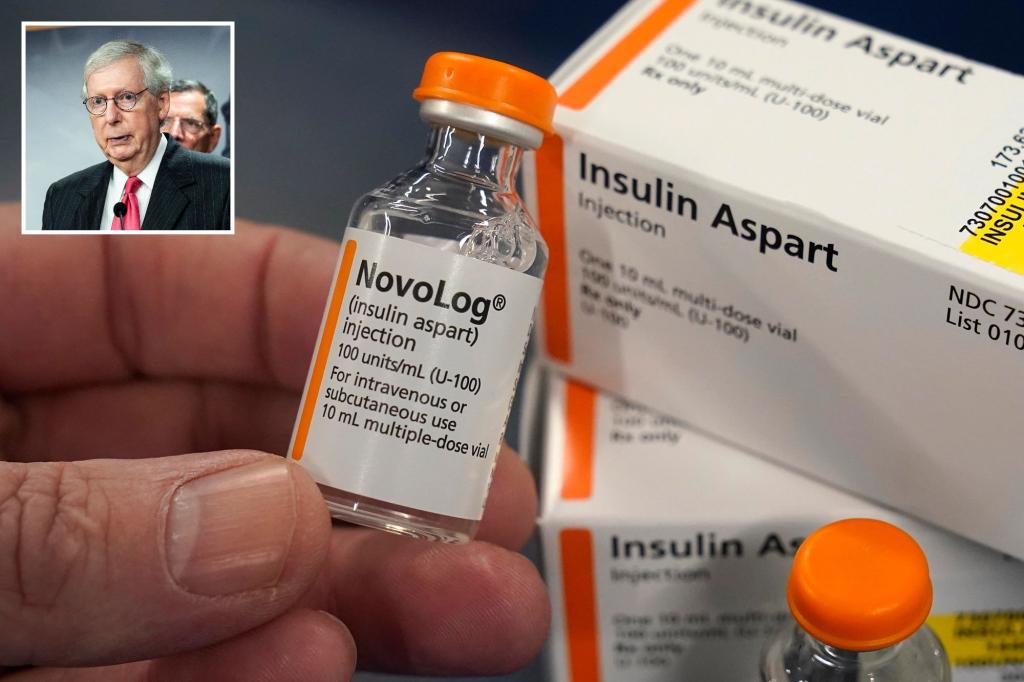 Senate Republicans successfully forced Democrats to scrap a provision to their $433 billion tax, healthcare and climate change package that would have capped insulin at $35 per month for Americans on private insurance.

During a “vote-a-rama” Saturday night into Sunday — where quick fire amendments can be offered — the Senate parliamentarian stated the Democrat-led cap violated budget reconciliation procedure and would instead require 60 votes.

“We have an opportunity here to make a difference and permanently cap insulin at $35 a month,” said Sen. Patty Murray, a Washington state Democrat, prior to the vote. “It will save money, it will save lives. This should not be a hard vote to cast.”

The final vote was 57-43, falling just three votes shy of moving forward with the cap.

The legislation would still cap insulin costs for those on Medicare, Democrats said.

“Republicans just blocked us from capping the price of insulin for all Americans at $35 a month,” Sen. Kirsten Gillibrand, of New York, tweeted Sunday. “We’ve already seen far too many people risk their lives and health by rationing insulin they can’t afford. It’s unconscionable that we’re letting this tragedy continue.”

Senate Democrats notched a victory Saturday that allowed for debate on the package when Vice President Kamala Harris broke a 50-50 tie.

Assuming Senate Democrats vote in favor of the final bill, it would then go off to the to the House, where Democrats have a slight majority before heading to President Biden’s desk for final sign off.

Other amendments were also offered during the marathon voting from Republicans, including on energy, the IRS and border security.

Republicans proposed codifying the Title 42 health and immigration policy from the Trump administration, which would have effectively closed down the asylum system. That was defeated in a 50-50 vote along party line.

Other blocked GOP amendments would have led to hiring more patrol agents while cutting other expenditures.

Sen. Bernie Sanders was defeated on an amendment that would have greatly expanded the bill’s number of prescription drugs eligible for price negotiation under Medicare for the elderly and he was also defeated on a push to expand Medicare coverage for eyeglasses, hearing aids and dental care.