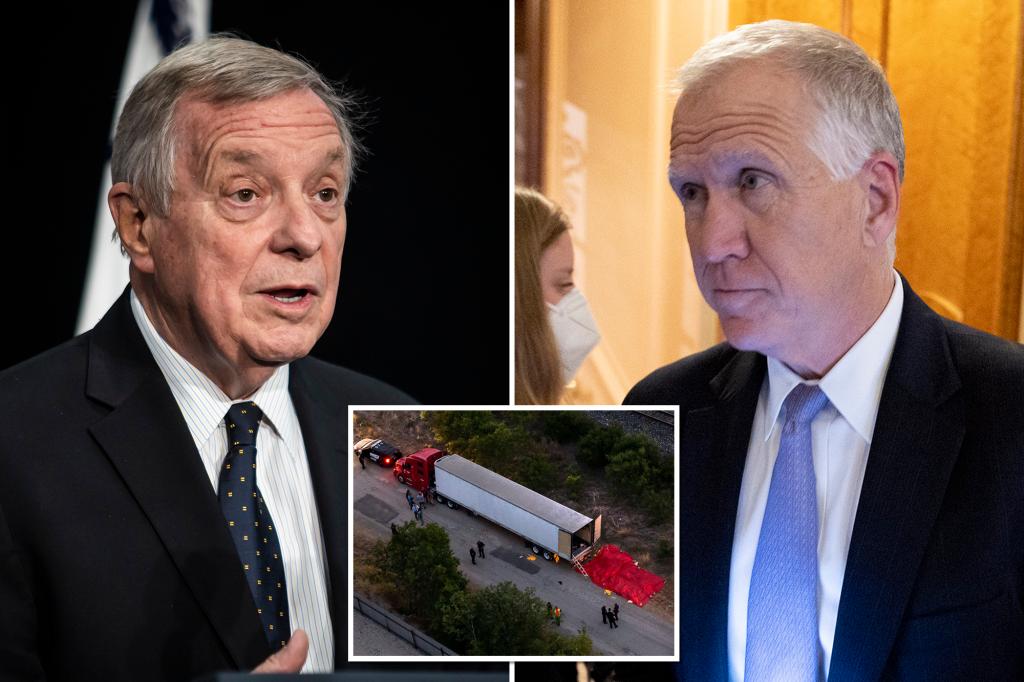 The second-ranking Senate Democrat has said that he hopes the deaths of 51 migrants in a botched human smuggling attempt this week galvanizes lawmakers toward a compromise on immigration reform.

“We’ve been talking the last couple days about reviving that effort,” Dick Durbin (D-Ill.) told Politico Wednesday at the NATO Summit in Madrid. “And I think what happened at the border with finding 51 dead migrants in that tractor-trailer is what I would call a ‘Uvalde moment.’ I hope it sparks an interest in finding a bipartisan approach to dealing with immigration.”

With the Senate in recess for the July 4 holiday, Durbin has been traveling through Europe and discussing immigration with Sen. Thom Tillis (R-NC).

The two paused earlier talks so that Tillis could help negotiate gun control legislation that passed Congress last week in the wake of the May 24 mass shooting at an elementary school in Uvalde, Texas last month that left 19 students and two teachers dead.

The massacre – coupled with the May 14 mass shooting at a Buffalo grocery store – spurred a bipartisan effort in the Senate to hammer out a compromise on firearm regulation.

Initially, Democrats led by President Biden, sought tough restrictions — including a ban on assault rifles and raising the legal age to buy semi-automatic weapons to 21 from 18.

Neither proposal made it into the final bill, which strengthens background checks for potential gun buyers under 21 years of age and provides financial incentives for states to create mental health services and implement “red flag” laws. It also increases penalties for straw purchases of firearms, and closes the so-called “boyfriend loophole,” prohibiting romantic partners convicted of domestic violence from obtaining firearms.

Durbin spoke two days after dozens of bodies were discovered in the back of a tractor-trailer in San Antonio after sitting in sizzling temperatures. At least 51 migrants have been confirmed dead, while 16 others have been hospitalized due to heat-related illness.

After several Republican lawmakers, including Texas Gov. Greg Abbott, blasted President Biden and his immigration policies over the deaths, the president accused his critics of “political grandstanding.”

“Exploiting vulnerable individuals for profit is shameful, as is political grandstanding around tragedy, and my Administration will continue to do everything possible to stop human smugglers and traffickers from taking advantage of people who are seeking to enter the United States between ports of entry,” the president said Tuesday.

Tillis’s office did not immediately respond to The Post’s inquiry about whether he wished to restart bipartisan efforts as well.

No serious attempt has been made to revamp America’s immigration laws since 2006, when the Senate and House failed to reach a compromise after separate reform bills passed each chamber.