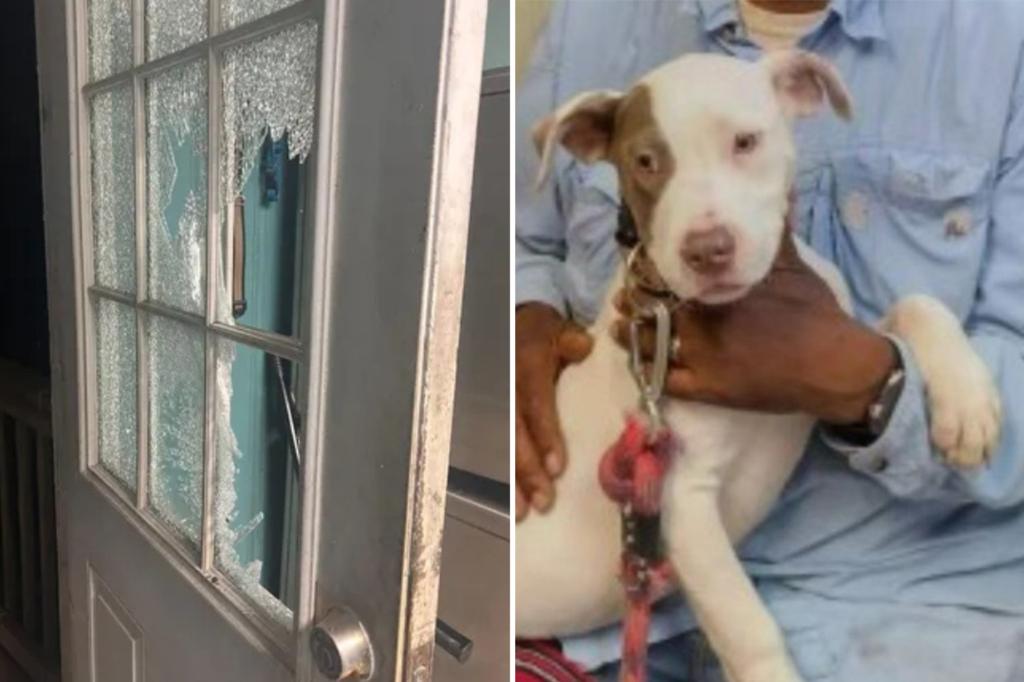 The second of three puppies stolen from an animal shelter in Atlanta, Georgia, in a recent break-in was found safe on Sunday.

Three dogs were taken from PAWS Atlanta in DeKalb County during an early morning break-in on Friday — two puppies named Violet and Emilia and a toy Yorkie named Princeton. The Yorkie was about to be adopted.

Employees monitoring security cameras reported seeing an individual in a hoodie walking suspiciously around the shelter followed by the sound of breaking glass. The employees called the police and rushed to the shelter. When the employees arrived, they found a smashed window and a rock, as well as open animal crates.

Violet became the second puppy to be reunited with the shelter after she was spotted Sunday morning by a man walking his dog. Emilia was found safe Friday night by a shelter volunteer who saw a photograph on the Nextdoor app that “strongly resembled” one of the missing puppies.

The man who found Violet noticed her tied to a telephone phone in an area near the shelter. He recognized the puppy and brought her to the shelter.

“We have no reason to believe that the person who found and returned her is related to the break-in, and we’re grateful for his care and assistance,” PAWS Atlanta wrote on Facebook.

“The location where Violet was found is close to PAWS Atlanta and also not far from where Emilia was found on Friday night,” the shelter wrote. “It’s highly possible that the suspect lives in that area, so we encourage people who live nearby to be especially vigilant.”

The third dog, however, is still missing. PAWS Atlanta said on social media that a $1,000 reward was being offered for information that leads to Princeton’s safe return.