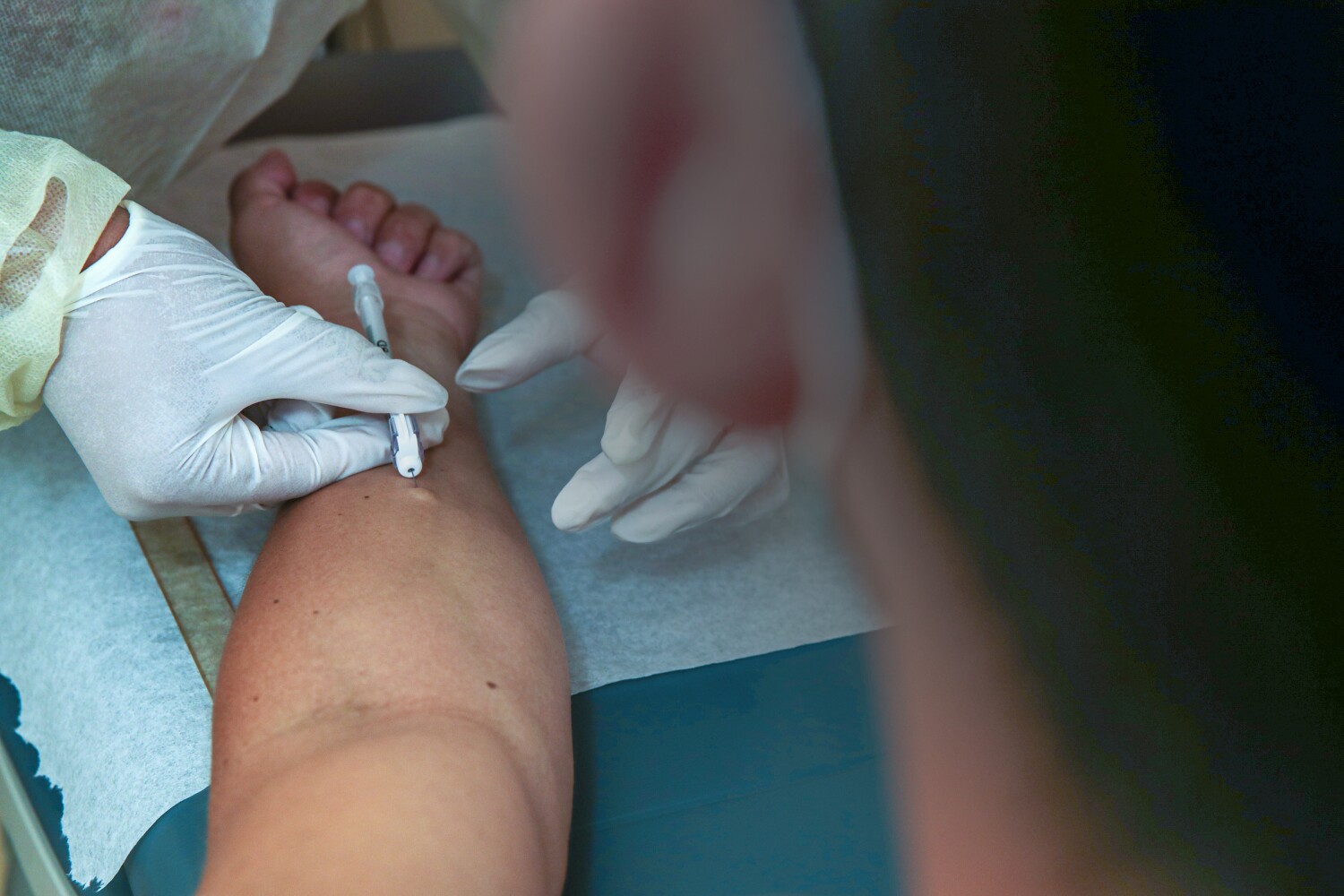 L.A. County Department of Public Health officials said in a statement that the latest shipment will allow them to increase vaccine distribution, but the 5,600 new Jynneos vaccines fall short of what federal officials had promised — and still well below the amount needed to inoculate everyone considered high risk.

The county also increased vaccine eligibility to some children after federal officials last week authorized, under emergency use, the shots for those under 18.

The 5,600 vaccine vials — about a third of what L.A. officials had expected to receive this week — could be used to vaccinate about 28,000 people, following the Food and Drug Administration’s recommendation to use only one-fifth of a full dose in order to expand supplies.

Many cities this week expressed frustration with changes to their vaccine distribution allotments after the federal government shifted its strategy.

With this latest shipment, L.A. public health officials plan to provide 8,000 second doses to people who received their first shot before July 20, or four or more weeks ago. The Jynneos vaccine is a two-dose series, taken four weeks apart.

The county had previously aligned with guidance from the state that instructed health departments to prioritize first doses while supplies were limited, but it did say “second doses can be offered as more doses of Jynneos become available.”

It wasn’t immediately clear whether that guidance had changed, but last week, California Public Health Director Dr. Tomás Aragón said the “emergency use authorization provides more flexibility in how many doses are available.”

“We still expect demand to outpace supply and are assessing the impact of this authorization on our allocation and distribution strategy,” Aragón said.

The L.A. public health department said all additional vaccines will be administered in the new smaller-dose intradermal technique — which is given shallower and between layers of skin — as opposed to under the skin and into the underlying fat. However, the earlier dosing technique will be used for those under 18 or with a history of keloid scars, health officials said, following federal guidelines.

Monkeypox continues to spread primarily among men or transgender people who have sex with other men, according to public health officials, though anyone can catch the virus, regardless of gender or sexuality. Most transmission has come from intimate, prolonged skin-to-skin contact, but the virus can be spread through towels or bedsheets or shared respiratory secretions, such as kissing or other close face-to-face contact.

The county’s online registration for a monkeypox vaccine had been closed the last few days but it opened Wednesday afternoon. Those interested in a vaccine also can call the Public Health Call Center from 8 a.m. to 8:30 p.m. at (833) 540-0473. The county said 19,000 of the smaller doses will be distributed to community providers and county vaccine sites.

To get a shot, people must meet the county’s eligibility requirements, which prioritize gay and bisexual men or transgender people who have had multiple sex partners in the last two weeks or meet other criteria, such as having a sexually transmitted disease.

The county is requiring a consent form for children to receive the vaccine, and they also must meet the county’s eligibility requirements.

For those eligible for a second Jynneos dose, county officials said they should contact their healthcare provider if that’s where they received their first dose, or wait for a text message from the health department for further instructions.

“Public Health has received assurances from the federal leadership that additional doses will be available in the coming weeks,” the department said in a statement.