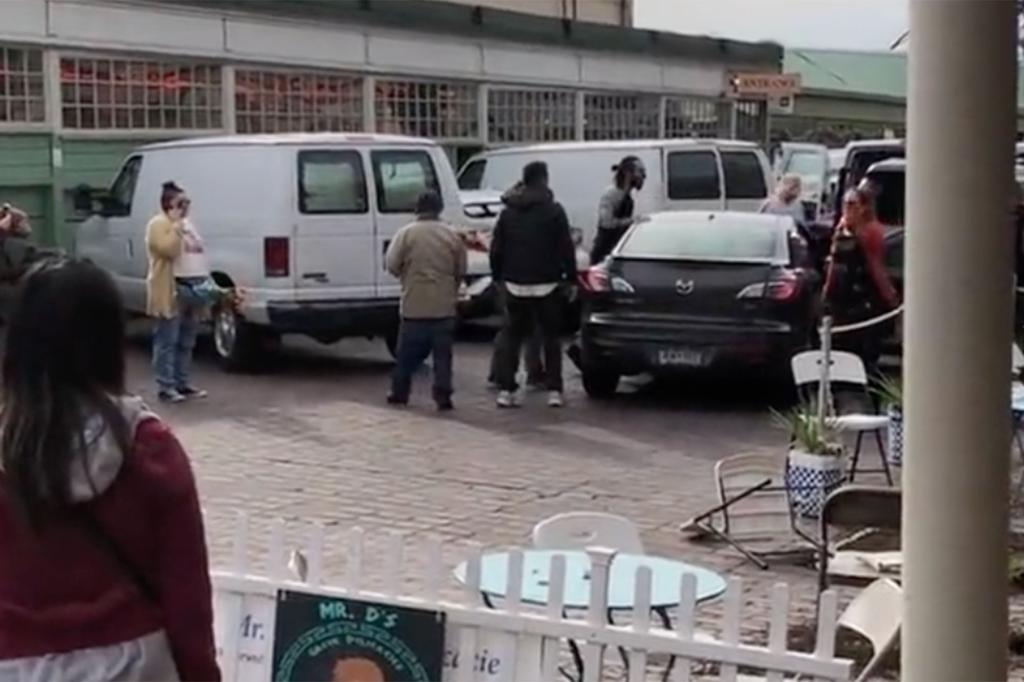 The King County Prosecuting Attorney’s Office released video of a man and woman hit by a car in an apparent road rage incident on April 17 in Seattle’s Pike Place Market.

Authorities say that the incident started when two people in a Toyota SUV and a van got into an argument, according to KIRO. The van driver threw water in the direction of the Toyota driver, and witnesses said things became physical at that point.

The 32-year-old driver of the Toyota SUV shoved the 45-year-old, who drove the van, to the ground and began to drive away, according to police.

The driver of the van then got up and hit the 32-year-old through his car window, according to the report.

A 54-year-old Mazda driver then exited his car and smashed the Toyota’s back window, and the 32-year-old man retaliated by smashing a windshield as well.

The 54-year-old drove his Mazda into the 32-year-old and a separate woman, according to the report, who worked nearby. He was charged with two counts of assault with a deadly weapon, according to 770KTTH.