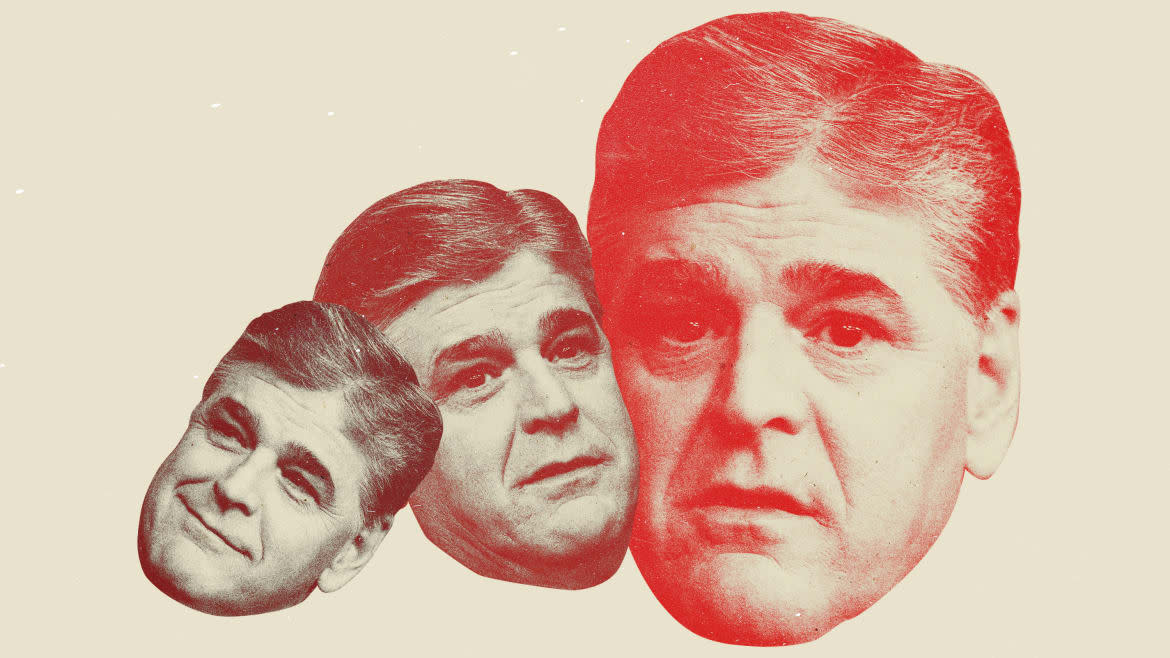 Sean Hannity doesn’t think you’re spending enough of your life at work. In a recent discussion on his talk radio show, he suggested that Americans who are struggling financially just need to work more. A lot more. Like, practically every waking hour of their lives.

That’s insane. Americans already have to spend far more of their time at work than their counterparts in economically comparable countries. The United States is the only industrialized nation—and one of the only nations of any kind—whose citizens aren’t legally guaranteed any days of paid vacation.

Most Americans work in non-unionized jobs where they can be fired with no recourse. And in the U.S.—as opposed to comparable nations which have nationalized health insurance systems—losing your job means that you and your dependents lose their health insurance.

All of that is a recipe for a lot of people staying in jobs they hate, day after day and month after month, without a single lousy week of paid time off. And that’s if you’re lucky enough to have one job with well-defined hours, rather than juggling two or three gig economy hustles.

Unsurprisingly, Americans are far more likely than citizens of other developed nations to report feelings of “high stress.” We’re all but working ourselves to death already. So why does Sean Hannity, who fancies himself a populist, think we need to work even more?

I double-checked that assertion, to see just how many hours his talk radio show (The Sean Hannity Show) and his Fox News show (Hannity) actually run every week. The radio show goes for three hours in the late afternoon and the TV show airs for a whole hour in the evening. Oh, and both of these shows only run Monday through Thursday.

So that’s sixteen hours a week on air. Quite a bit of The Sean Hannity Show is spent taking calls rather than doing pre-prepared material, but that doesn’t mean both shows don’t involve quite a bit of prep time every week.

I expect that the overwhelming majority of the pre-production is done by his staff, but let’s pretend for the sake of argument that Hannity personally is doing a full hour of prep work for every hour that he’s on-air. Even that would only add up to a four-day week, with a total of 32 hours of work. That’s even better than the 35-hour week workers enjoy in France.

So why does Hannity think ordinary Americans should be working at least twice the legally mandated French workweek?

Assuming he isn’t also driving an Uber on weekends to make ends meet, Hannity’s present-tense “that’s what I do” claim is pretty dubious. He also said that decades ago, when he was working as a contractor, he tried to stay on job sites for as long as he was allowed to. That part’s harder to check. Let’s just go ahead and assume he’s telling the truth. The more important question is why he thinks anyone should have to live like that.

Even at the bottom end of Hannity’s suggested range, 70 hours a week means that you’re at work for ten hours a day every single day of the week. At the top end, 90 hours would mean that you’re working 13 hours a week Monday through Saturday, then on Sunday you get to take it easy and only work 12. (I assume that Sean, who wears his Christian piety on his sleeve, would pick Sunday as the day of comparative rest.)

As left-leaning commentator Krystal Ball pointed out in a discussion about Hannity’s labor advice with her podcast co-host Kyle Kulinski, that’s a hell of a message for one of the highest-profile advocates of allegedly “pro-family” conservative politics to send. When exactly are workers supposed to see their families if everyone takes Hannity’s advice?

Assuming you sleep for eight hours a night, a 13-hour workday gives you three whole hours to yourself even if you telecommute. If your job involves manual labor, I guess you can get the full three hours if you’ve found a way to instantaneously teleport to work and back. But if you live, say, half an hour from where you work, you’re down to two daily hours to divide between preparing and eating meals, brushing your teeth, buying groceries, and waving hello to your loved ones.

Many people, of course, have much longer commutes than that. And since there’s a legal limit to how many hours a week you can work for any one employer, anyone taking Sean’s financial advice is commuting not just from home to work but between different workplaces.

Unfortunately, we live in a country where many people’s lives are like this. But they don’t have to be. We could raise the minimum wage to a number people would actually be able to live on (with just one job), change labor laws to make it easier to organize unions, give everyone baseline social services like universal healthcare, and maybe even mandate a week or two of paid vacation like damn near every other nation on the planet somehow manages to.

As a socialist, I’d actually like to go much further than this minimum. Everything I just mentioned would only bring the U.S. up to the level of a more normal capitalist country.

But Sean Hannity has spent his whole political life opposing even the minimum. He just spent four years carrying water for Donald Trump, while the Trump administration went on a spree of deregulation and union-busting. He was an apologist for the even more ostentatiously “pro-business” George W. Bush before that.

No wonder the best Hannity can offer to working-class people is advice to surrender even more of their lives to corporate America and hope for the best. And no wonder the Hannities of the world spend so much of their time promoting culture-war distractions instead of advocating their views on bread-and-butter issues. Because he’s right—people “don’t like to hear” that their entire time on earth should be spent on the job.

I wonder why not.