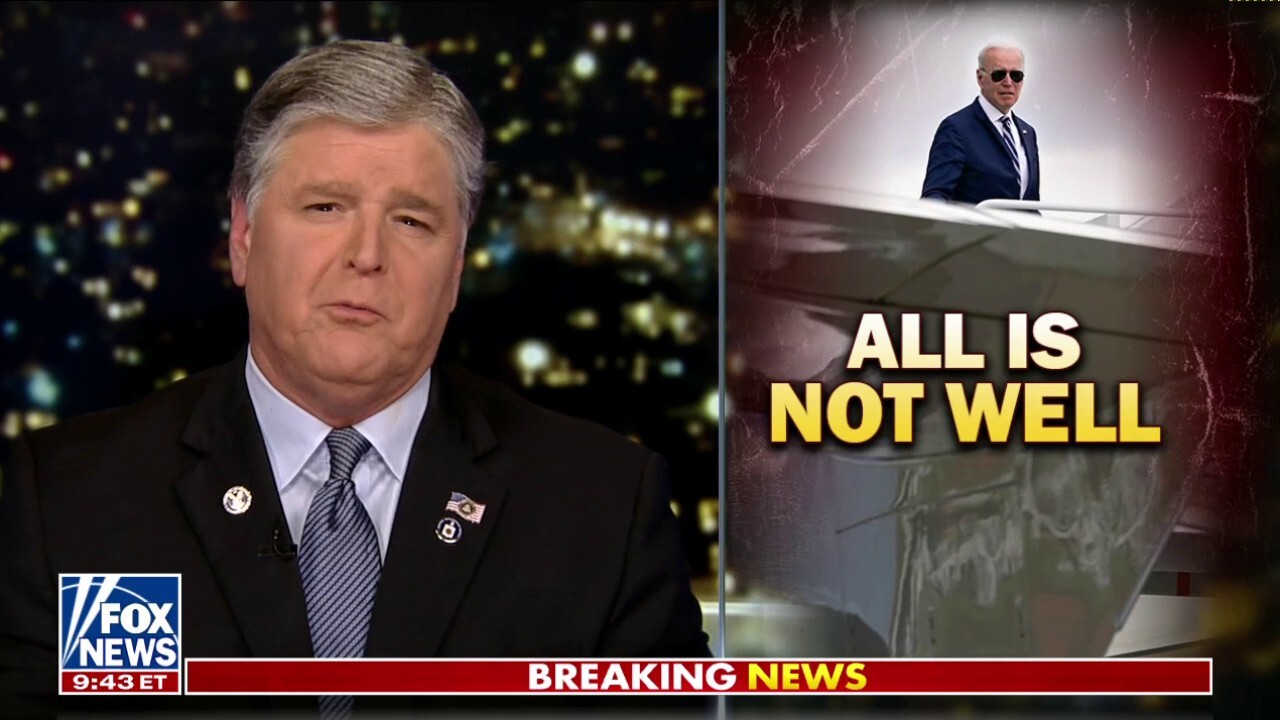 Sean Hannity breaks down another bad week for President Biden and discusses his support for senate candidate Dr. Mehmet Oz on ‘Hannity.’

SEAN HANNITY: Now ahead of the midterms, in order to distract from their many failures, liberals are now attempting to gin up mass hysteria after someone leaked Justice Alito’s draft opinion that could soon overturn Roe v. Wade and the Casey rulings. Now, of course, if Roe is overturned in spite of all the hyperbole out there, lying out there, propaganda, misinformation out there.

By the way, now, what’s their plan? Oh, let’s go back to court packing. We’ll try that. None of what they’re saying is true. Not one word. But while Democrats feign their outrage, their radical followers are taking to the streets. Some are attempting to harass Supreme Court justices at their homes. Activists posting a map online doxing their personal address, they’re putting out the personal addresses of Supreme Court justices.

Others are outside the Supreme Court building, where law enforcement now has erected a large wall and concrete barriers to protect the building and those working inside from far-left rioters. Meanwhile, one left wing group is now planning to target pro-life Catholic churches on Mother’s Day. And just this week, a church in Denver was already vandalized with the pro-abortion graffiti. So let me be clear on this program, we condemn all political violence, all intimidation, we’ve got to include, we got to protect every single elected official, every judge that serves, everybody that works in government needs to be protected.

A crowd of people gather outside the Supreme Court, Monday night, May 2, 2022 in Washington following reports of a leaked draft opinion by the court overturning Roe v. Wade.
(AP Photo/Anna Johnson)

They’re willing to condemn violence when it helps them only politically. In fact, almost no one in the Democratic Party is even willing to condemn the doxing, giving out the addresses and the harassment of U.S. Supreme Court justices. Why? Their silence is deafening, just like in the summer of 2020. What? 574 riots. We had dozens of dead Americans, thousands of injured police officers, billions in property damage. Where is that committee looking into those riots? Where are those prosecutions? Many Democrats even hailing the Supreme Court leaker as a hero.

And of course, Democrats really only care about power. And this year, there is no way they can run on their record. It’s so atrocious. So, now buckle up, because we’re about to face a steady stream of hysteria now for the next six months.