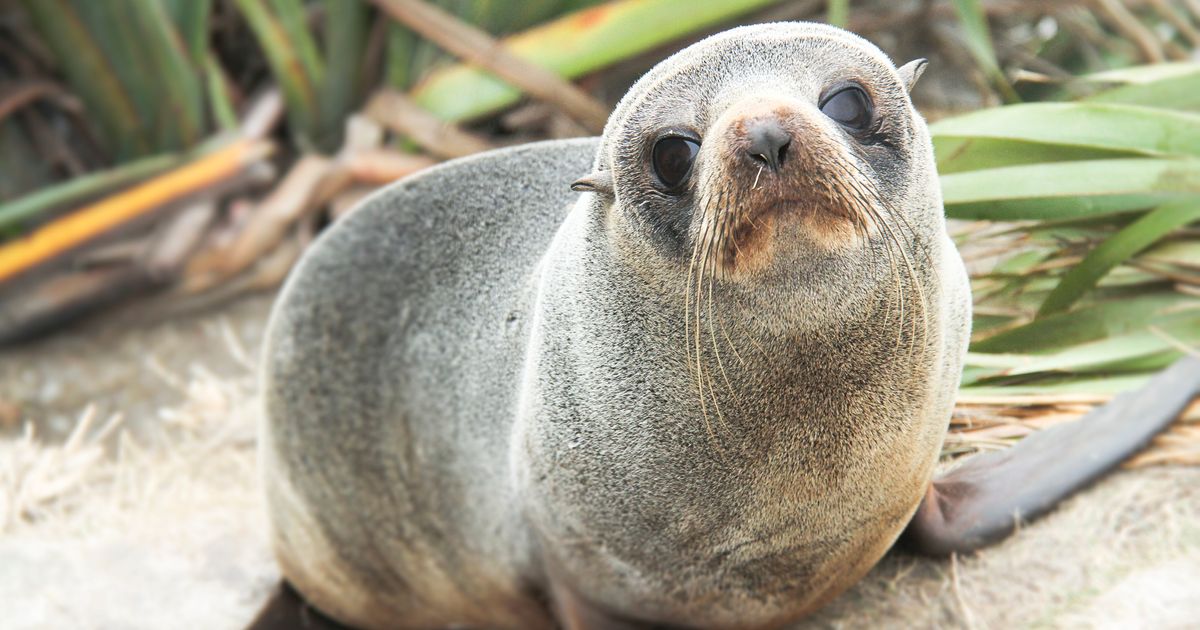 A New Zealand cat was not flippin’ happy after an uninvited seal entered her home through a pet flap in the door.

Phil Ross of Mount Maunganui told the Guardian that his family found a young fur seal inside their house Wednesday morning, exploring different rooms and lounging on the couch.

Ross, who coincidentally is a marine biologist, was not home when the seal was discovered. His wife, Jenn, had left for about an hour to go to the gym and stumbled across the surprising visitor when she came back.

“The big joke is that this is really the only family emergency where it would be useful to have a marine biologist in the house,” Ross told the Guardian. “I really missed my time to shine.”

It’s not totally clear why the seal went inside, but Ross suspects that his cat, Coco, was outside and attempted to “defend” the home turf against the pinniped.

“Obviously the seal wasn’t as intimidated as some dogs are, so Coco must have bolted around the side of the house, into the catflap, and the seal must have followed her,” he said.

The University of Waikato, where Ross works, shared photos of the ordeal on Facebook, including one showing the seal peering around a corner and another of Coco in the incident’s aftermath.

Jenn Ross shooed the seal outside, and a Department of Conservation ranger arrived to catch the bold seal and release it back to the sea.

As for Coco, she took some time to recover.

“Coco hid at the neighbour’s house and wouldn’t come home until the seal was gone,” Ross told Fox Television Stations in an email. “Then for the next day, she wouldn’t go downstairs where the seal was. We didn’t see the seal/cat interaction, but it was clearly something that Coco didn’t enjoy.”

The intruding seal was “in good condition” and simply made a poor choice, he added.

“It is really common for young seals to end up on unusual bits of coastline at this time of year,” he told Fox TV Stations. “The young ones are starting to get weaned, going out on their own, and like most teenagers, can make bad decisions about where they end up.”

“I knew the kids were wanting a new pet,” Ross joked on his own Facebook page, “but this was definitely a step too far.”