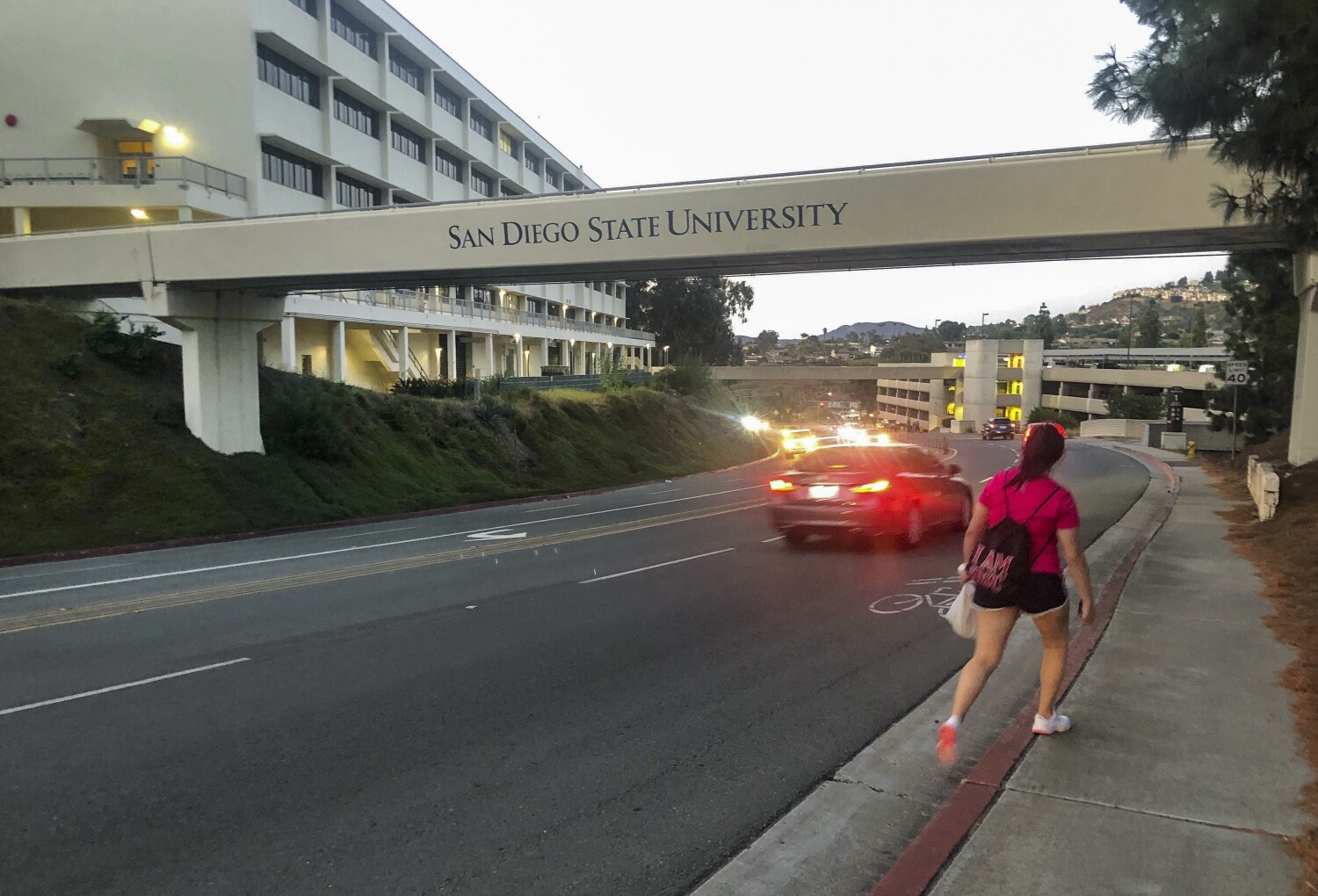 A young woman who accused three former San Diego State football players of gang-raping her at a party last year has yet to receive the results of her rape exam from more than 10 months ago or the police report filed on the same day, according to her lawyer.

“Please, this is a young girl who was gang-raped, and she’s begging you for the information she’s entitled to have,” he wrote. “Stop blowing her and her rights off, and just hand over the information — now.”

San Diego police did not respond to Times questions about the request or the department’s policy on sharing such information with crime victims. A department spokesman said the questions were forwarded to the district attorney’s office, which received the police investigation in early August and is weighing whether to file criminal charges. An office spokesman did not answer question but said the case remains under review.

The lawsuit, filed last week, accuses the three football players — including star punter Matt Araiza — of raping the young woman at an off-campus Halloween party last October when she was a 17-year-old high school senior. The young woman filed a police report the following day and underwent an extensive rape exam, the lawsuit said.

Araiza, whose powerful kicking in college earned him the nickname “Punt God,” was drafted by the Buffalo Bills months after the alleged rape. The Bills announced on Saturday that he was cut from the team, two days after the lawsuit was filed.

Araiza’s lawyer, Kerry Armstrong, has said the lawsuit’s allegations are false and that witnesses at the party contradict its claims.

Gilleon provided The Times with records from a police portal that were shared with his client showing that testing of her Sexual Assault Response Team exam was completed and returned to law enforcement on Oct. 27. The records do not detail the results.

A Times review of emails and text messages between the young woman and San Diego police show that she did not immediately receive clear answers for when and how to obtain the records and information she sought.

A detective told her in June that her sergeant did not want the young woman to see her statement so as not to “taint your memory.”

Then in early August, the same detective directed the young woman to file a records request in order to obtain the crime report. Her lawyer filed a request on Aug. 19 asking for statements made to police by the young woman and her father, records from 10 search warrants that police executed, audio of calls detectives recorded between the young woman and the men who, according to the lawsuit, police determined were in the bedroom where the alleged rape occurred.

The police website instructs the public to contact the department to confirm if a report is ready for pickup seven days after a request is made.

The detective has asked the young woman, now 18, to meet in person to go over the rape test results — an option her attorney is wary of, preferring instead that correspondence remain documented.

“I’m a little upset,” the young woman wrote in an email to the detective Tuesday, a copy of which was provided to The Times. “I’d been asking for information about my case including the SART results and my statement for months, but it was not until the media went crazy that you decided to give me the instructions. Why did you refuse my requests in the past, knowing that I had these rights?”