With late-night reporting from Kate Irby

In the draft opinion, written by Alito, a majority of the court voted to overturn the precedent set by Roe in 1973 establishing a constitutional right to abortion and the 1992 decision upholding the right to abortion in Planned Parenthood v. Casey.

The initial draft opinion runs 98 pages, including a 31-page appendix of historical state abortion laws… But Josh Gerstein pulled 10 key passages from Alito’s draft if you don’t have all day.

“The Republican-appointed Justices’ reported votes to overturn Roe v. Wade would go down as an abomination, one of the worst and most damaging decisions in modern history,” Speaker Nancy Pelosi and Senate Majority Leader Chuck Schumer said in a joint statement late Monday.

They said the decision would be the “greatest restriction of rights in the past fifty years.”

Sen. Tina Smith (D-Minn.), who once worked at Planned Parenthood in her home state, tweeted simply, “This is bullshit.”

Rep. Pramila Jayapal (D-Wash.), who leads the Congressional Progressive Caucus, tweeted: “As one of the 1 in 4 women in this country who have chosen to have an abortion, I am outraged & disgusted by the reported draft SCOTUS opinion.”

Rep. Elissa Slotkin (D-Mich.) sounded the alarm: “If tonight’s news is true, Michigan’s 1931 state law banning abortion would snap back into effect, making any abortion illegal in our state — even if the mom will die, or if she was raped by a family member. No exceptions,” she tweeted. “My poor mother is turning over in her grave.”

Sen. Bernie Sanders (I-Vt.) tweeted: “Congress must pass legislation that codifies Roe v. Wade as the law of the land in this country NOW. And if there aren’t 60 votes in the Senate to do it, and there are not, we must end the filibuster to pass it with 50 votes.”

Some Republicans were rejoicing, while others focused on the source of the decision (and some did both in the same tweet.)

“There is no constitutional right to an abortion, and there never has been. Court, stand strong!,” tweeted Rep. Mike Johnson (R-La.).

“This is nothing short of a massive victory for life and will save the lives of millions of innocent babies,” tweeted Sen. Ted Cruz (R-Texas), before also calling the disclosure “a shocking breach of trust.”

Sen. Mike Lee (R-Utah), a former Alito clerk, focused his Fox News appearance on the source of the disclosure: “This entire kerfuffle has been brought about as a result of an unscrupulous person trying to subvert 235 years of tradition, trying to subvert the way the Supreme Court operates.”

Josh Gerstein has more on disclosure of the document: How rare is a Supreme Court breach? Very rare

POLITICAL CALCULUS— Beyond the public outpouring on social media and press releases, Democrats were making private predictions Monday about how the court’s potential decision on abortion rights could change the outlook for the midterm elections, energizing their base and boosting voter turnout in November.

But several Democrats acknowledged to Sarah and Marianne on Monday night that campaigning on the court’s potential rejection of abortion rights would likely require them to do something they’ve typically struggled with in election years — go on the offensive to challenge the GOP on an issue that galvanizes its base.

Codifying Roe: Multiple Democrats predicted in conversations Monday night that both chambers will want to vote to codify abortion rights. The House already passed legislation in the fall that would codify Roe v. Wade and prohibit states from enacting abortion restrictions both later and earlier in pregnancy.

But a 46-48 Senate vote in February made clear the challenge in the Senate of even getting a simple majority on abortion legislation. Sen. Joe Manchin (D-W.Va.) opposes abortion and voted with Republicans. Republican Sens. Susan Collins of Maine and Lisa Murkowski of Alaska, who support abortion rights, also voted against the legislation.

GOOD MORNING! Welcome to Huddle, the play-by-play guide to all things Capitol Hill, on this Tuesday, May 3, where last night’s shockwaves are still reverberating.

ON THE SCENE— Hundreds of people flocked to the Supreme Court in the hours after POLITICO released the initial draft majority opinion and the crowd continued to grow the whole time our own Kate Irby was on the scene.

Supreme Court security erected temporary barricades in front of the steps, with signs reading: “AREA CLOSED: By order of the Supreme Court Marshal.”

The crowd was dominated by pro-abortion-rights advocates. Some people were sitting, looking contemplative and holding tiny tealight candles, while others stood with signs and chanted various calls to action, including: “pack the courts,” “my body, my choice,” “we will not go back,” “women’s rights,” and an insulting phrase or two directed at Justice Samuel Alito, the author of the draft majority opinion.

A handful of anti-abortion-rights demonstrators came onto the scene chanting, “hey hey, ho ho, Roe v. Wade has got to go.” The sizably bigger group quickly drowned them out with their own chant: “hey hey, ho ho, sexist fascists got to go.” The two camps tried to chant over each other with “abortion is murder” vs. “abortion is health care.” The tension grew as the anti-abortion-rights protestors waded into the crowd to stand in front of the court.

Chants became continuous by 11:30 p.m. and could be heard clearly from the Capitol. The crowd continued to grow as groups walked, biked and scootered up the block — some to join in, some to watch.

PRIMARY DAY— Voters head to the polls for primaries in Ohio and Indiana today. Ohio is in the spotlight with Sen. Rob Portman’s (R-Ohio) retirement leaving an open Senate seat. The House races in the Buckeye state have been affected by redistricting, making the state one to watch.

In Indiana, Republicans are hoping to flip the House seat in the 1st District from blue to red.

Primary day reads: 7 ways Tuesday’s primaries could shake the 2022 election, from Steven Shepard and 7 primary contests to watch Tuesday in Ohio and Indiana, from Deepa Shivaram at NPR. (The seven things in each are not the same!)

DINING WORKERS SET A DEADLINE — Senate dining workers will be back rallying for job security, affordable health insurance and pay increases today — this time to secure a union contract. The cafeteria workers, employed by contractor Restaurant Associates, will announce a May 18 deadline for senators to restructure their general deal with the company “before the workers contemplate their next steps.”

According to Unite Here 23, Restaurant Associates agreed to bargaining terms that would provide “substantial raises, platinum health insurance at an affordable cost to the workforce, and a first-time pension for workers — contingent on the Senate taking the steps necessary to restructure the contract,” they said in a statement Monday.

Senators, including Rules Committee Chair Amy Klobuchar (D-Minn.), are in discussions with the Architect of the Capitol to overhaul the structure of the contract — shifting from the current profit-and-loss model to a fee-for-service system that could be a better fit for the unusual rhythms of Capitol Hill.

Last month, the Senate dining workers won a temporary reprieve from planned layoffs. Sens. Elizabeth Warren (D-Mass.) and Klobuchar secured $3.75 million from the Architect of the Capitol’s office to prevent 81 workers from being laid off. But it was a short-term fix that didn’t address longstanding problems with the food service contract.

CAN YOU HEAR ME NOW? — The bad service for AT&T customers is back in the Senate. Folks with AT&T cell phone service found themselves with no service or barely a bar on the Senate side of the Capitol Monday. A similar problem emerged in Sept. 2021, and was attributed to “a technical issue related to new equipment.”

An AT&T spokesperson told our POLITICO colleague Daniel Lippman last night that there is “an issue with a neutral carrier system that all the carriers ride on. We understand the vendor is working on the issue.” We expect more updates today.

Biden races to achieve the near-impossible: A permanent point man on guns, from Marianne, Burgess and Laura Barrón-López

Erica Chabot is now deputy chief of staff for Sen. Patrick Leahy (D-Vt.). She continues her role as legislative director for Leahy.

The House convenes at 10 a.m. for a pro forma session. 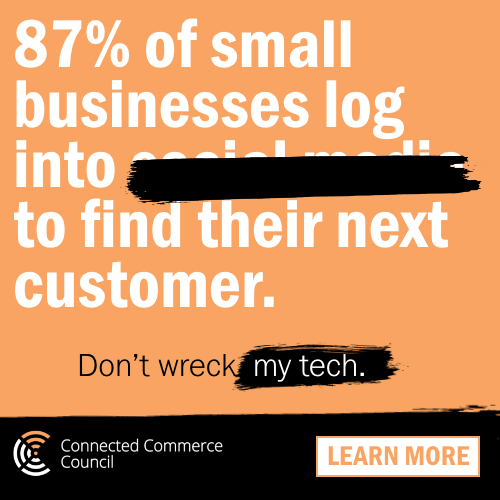 MONDAY’S WINNER: Logan Ferree correctly answered that James Monroe and his wife, Elizabeth, attended Napoleon’s coronation while he was serving as the American ambassador to Britain and France. (Logan recommends the Building Museum’s current exhibit on Notre Dame.)

TODAY’S QUESTION from Logan: Only one person to later serve as a United States Senator has won a Gold medal in the Olympics. Who?

The first person to correctly guess gets a mention in the next edition of Huddle. Send your answers to [email protected]

GET HUDDLE emailed to your phone each morning.

Small businesses have a big impact thanks to Tech. E-commerce marketplaces, two-day shipping, and powerful analytics help startups go from dream to reality in just a few clicks. Plus, Tech levels the playing field for small business leaders everywhere — 91% of SMBs say that digital tools are important, if not critical, to the success of their business. Discover all the ways Tech helps drive small business success.