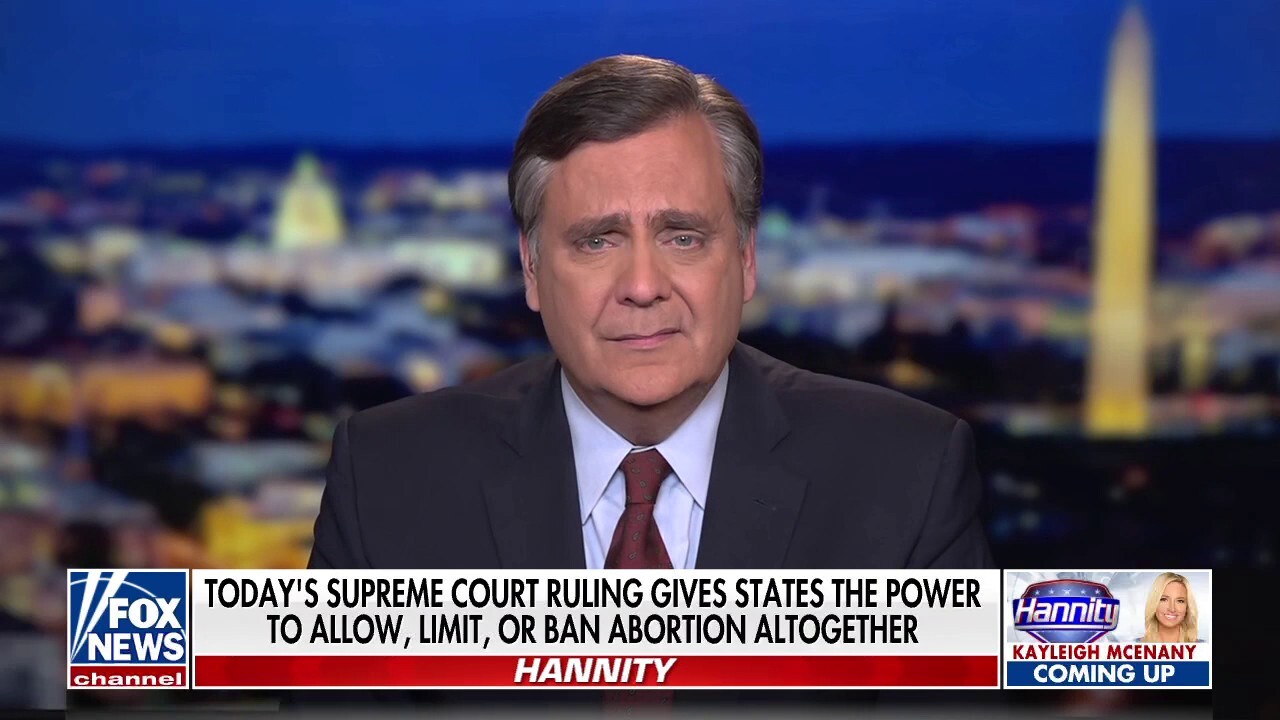 Fox News contributor Jonathan Turley predicted that most states are “likely to protect the right to abortion” in the wake of the reversal of Roe v. Wade Friday on “Hannity.”

TURLEY: This wasn’t an inviolate decision. It wasn’t a decision that was widely accepted in terms of its analysis. … [The Supreme Court’s] argument was not that abortion should be unlawful. They’re not saying anything about what should happen to abortion. They’re saying more who should make that decision. And they said in the opinion that in 1973, they essentially stopped a political debate that was going on in the country. And what they said today was, “Have at it. Have that debate. Have 330,000 million Americans make the decision rather than nine justices.” And you’re going to see a variation among the states. Most are likely to protect the right to abortion. I’ll remind you, by the way, Sean, that in 1973, 30 states when Roe was handed down, prohibited abortion in all but the most limited exceptions. So the country has moved on the issue, but this issue is now going to move back to the country, and people will make this decision state by state.