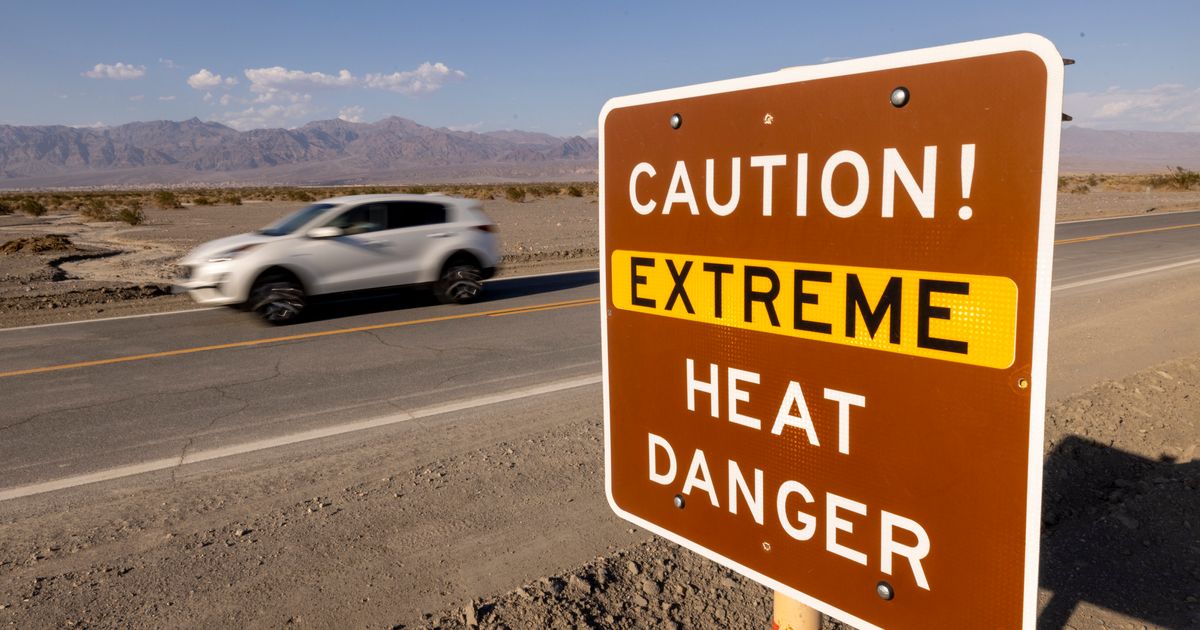 Visitors flocked to the park on Thursday to experience the record-breaking heat, which came less than a month after 1,000 people were stranded in Death Valley due to flash flooding.

The rainfall, the park’s second-highest single-day total since 1936, reportedly buried some 60 vehicles in debris and mud, and washed away boulders and trees in the park.

Thermometers briefly nudged up to 127 degrees Fahrenheit in California’s Death Valley, in what is thought to be the hottest-ever September day anywhere on the planet pic.twitter.com/mwK1mnIQok

Thursday’s record temperatures may not last long, according to KABC-TV.

The news station reported that the weekend’s temperatures look like they’ll peak on Monday or Tuesday.

While historic, Death Valley’s incredible heat this week is not expected to break the world’s highest-ever recorded temperature of 134 degrees, CBS News noted.

That temperature occurred on July 10, 1913, also in Death Valley. It was recorded during a heat wave that featured multiple consecutive days with temperatures of 129 degrees or above, according to the National Park Service.

The move will allow people in the state to temporarily increase their energy usage as demand grows.

“This is just the latest reminder of how real the climate crisis is, and how it is impacting the everyday lives of Californians,” Newsom said. “While we are taking steps to get us through the immediate crisis, this reinforces the need for urgent action to end our dependence on fossil fuels that are destroying our climate and making these heat waves hotter and more common.”