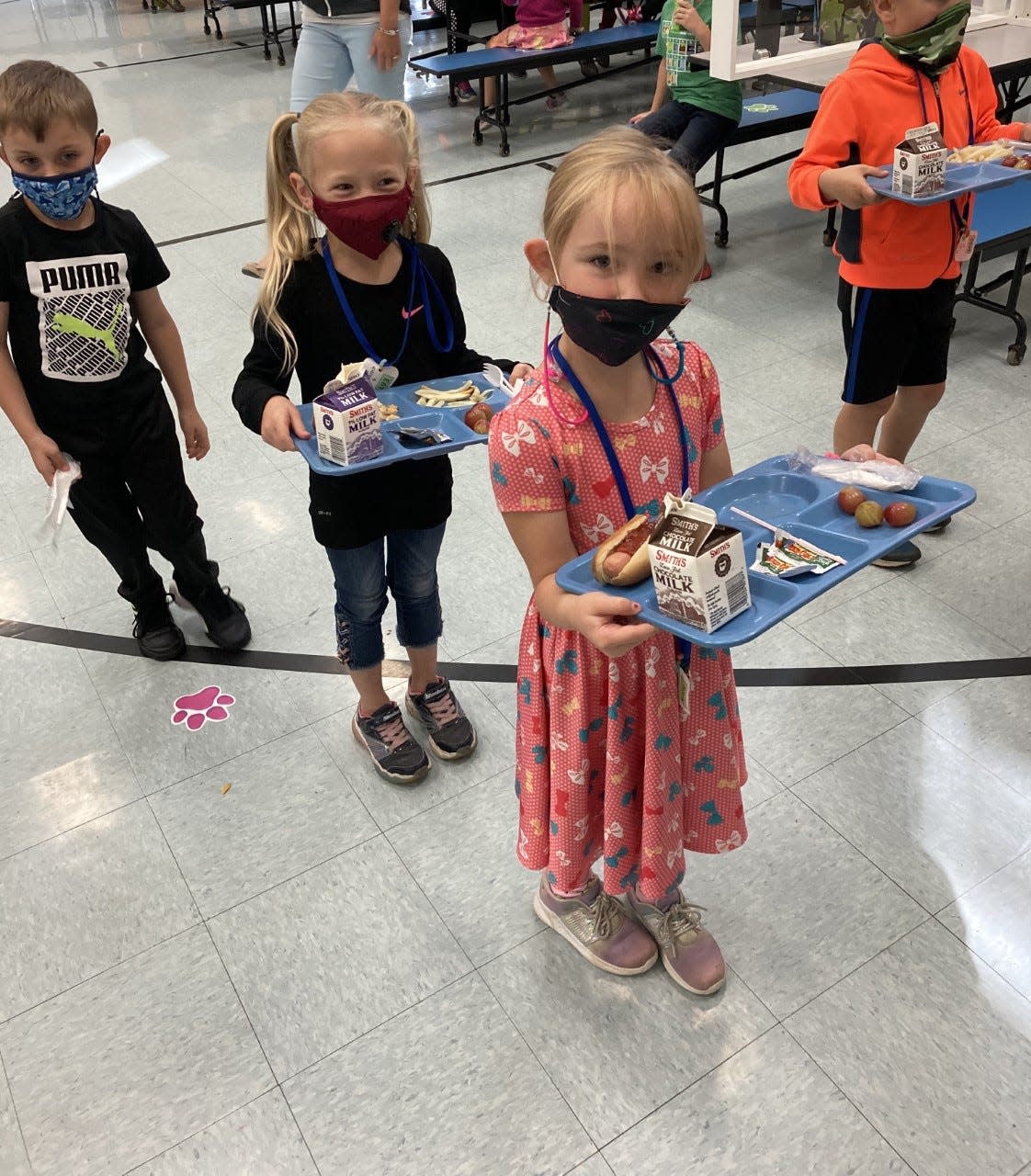 When COVID sent people home from their jobs and kids from school, the number of food insecure people rose from nearly 35 million in 2019 to 45 million in 2020, according to data from Feeding America.

Throughout most of 2020 and 2021, up to 15 million children may have experienced food insecurity, Feeding America reported. With rising numbers, food programs such as National School Lunch and Child and Adult Care Food were adapted to help families get meals without requiring them to apply for free or reduced lunch programs.

Officials and school administrators worry that as these programs end this summer, families could struggle next school year as free and reduced lunch applications re-open, and they don’t know if they qualify.

The U.S. Department of Agriculture announced on April 20, 2021, it would be extending several of its food programs through June of this year. By extending these programs, such as the Seamless Summer Option, it allowed schools across the nation to provide free lunches to all students.

Brigette Hires, director of the Office of Nutrition at the Ohio Department of Education, said being able to offer “no cost meals” to all students for the 2021-2022 school year was very exciting, but schools will now have to return to their pre-pandemic ways due to the USDA waiver ending.

Hires said for a district or organization to be able to provide summer meals, it must meet the USDA’s requirement of 50% or more of students qualifying for a free or reduced lunch.

This is a big change from past summers when area schools such as Northwestern, Rittman, Southeast and Chippewa, were able to provide meals for all students.

Breakfast and lunch programs during the school year will also return to families being charged at full price for meals unless they have applied for free or reduced meals, Hires said.

With COVID waivers ending this summer, Wooster is one of the only districts across Ashland, Wayne and Holmes counties able to serve summer meals according to the USDA qualifications.

Similar to the mealtimes, the number of students served at each location varies per day and week, but Lewis estimates roughly 440 students get lunch through the program each day with an additional 10 to 20 “walk-ins” who might not sign up ahead but also join for the meal.

More than Cornerstone: Everything you should know about Wooster’s master plan for schools

Hires said with these changes comes a long list of concerns for what could happen to many families in the coming year.

“One of our biggest concerns is that households will be so used to having no-cost meals for their students for the last couple of years (they) might not be necessarily keeping attention to any alerts that are coming out from their school or district,” Hires said. “… We are pretty worried as we lead into the next school year, if there are going to be children that now will be full-pay and might not have lunch money.”

Lewis, along with Chippewa Local Schools Food Service Supervisor Christine Schafrath, share Hires concerns. Schafrath said she is especially worried that some of the families who got meals this past year might not apply in the fall not knowing how much it can help.

“We got some students in the school that have three, four siblings, and when you’re paying $3 a day for lunch, and there’s four of you, that’s $12 a day the parents are paying just for lunch,” Schafrath said.

As applications open on July 1 and remain open throughout the school year, Schafrath hopes to see more families apply so they have one less thing to worry about next school year.

“Nobody knows if you get free lunch at our school, everything is done on the computer, and nobody sees or nobody knows,” Schafrath said. “…So, it’s not a bad thing and if it helps you, its all for the better.”