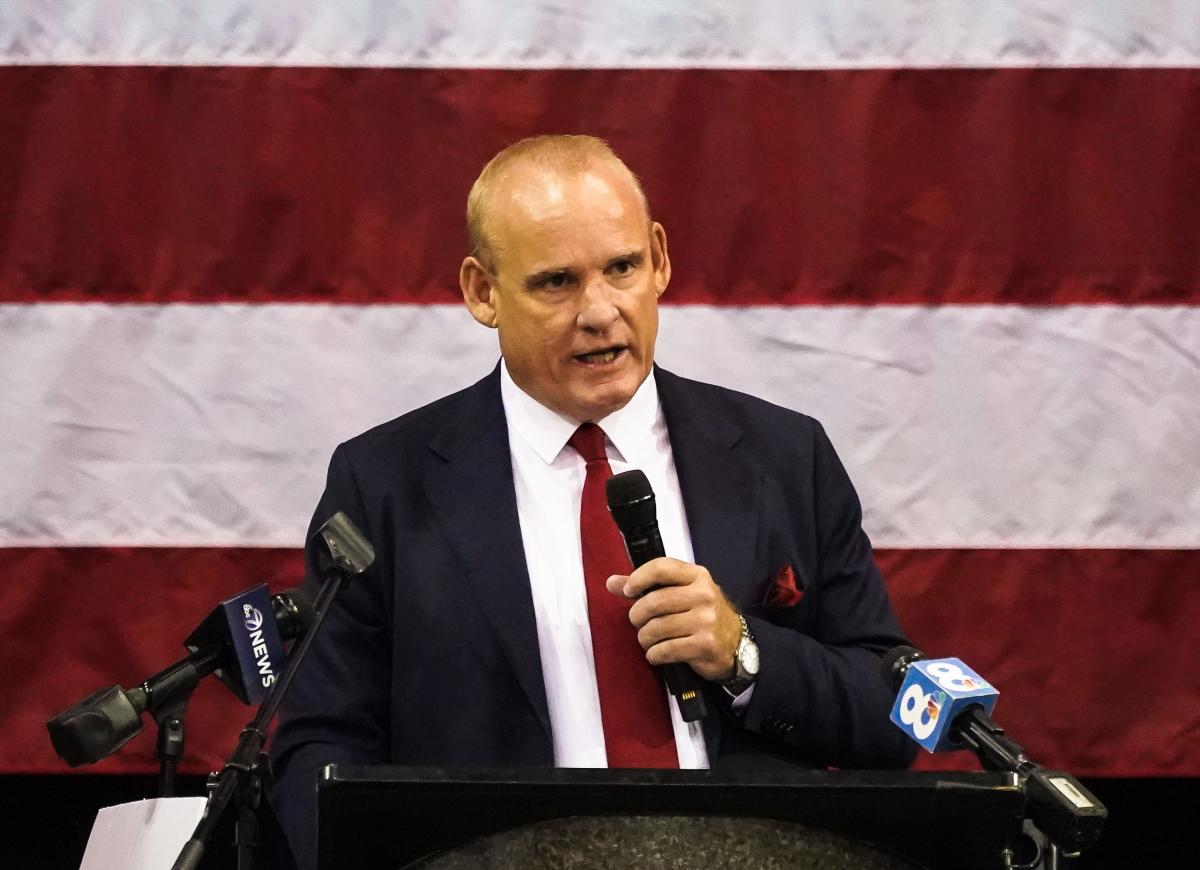 A Sarasota candidate for Congress says he would have killed the FBI agents who searched former President Donald Trump’s property if they tried to do the same thing to his home.

“I wish they’d turn up at my home ’cause they’d have gone home in a body bag,” Sarasota businessman Martin Hyde says in a new video.

Hyde is a Republican running for Congress against U.S. Rep. Vern Buchanan, R-Longboat Key. He has been a magnet for controversy, with his campaign imploding after he was caught on camera in February berating a Sarasota police officer and threatening her job during a traffic stop.

It appeared Hyde might drop out of the race, but he paid the qualifying fee and has remained a candidate. His campaign hasn’t attracted much attention since then until now, when Hyde put out the inflammatory video in the closing stretch of the Aug. 23 primary.

Hyde seizes on GOP outrage over the search of Trump’s Mar-a-Lago property in the video.

“When they turned up at Mar-a-Lago and raided the home of President Trump, that was an assault on every one of the 75 million people who voted for Donald Trump, it was a assault on democracy,” Hyde says as the video shows images of police officers, Mar-a-Lago and Trump supporters. “These people would stop at nothing. I wish they’d turn up at my home ’cause they’d have gone home in a body bag.”

The video is deliberately provocative and appears to be a long-shot effort to attract attention and revive a campaign that is struggling to gain traction. Hyde has tried to challenge the eight-term Buchanan from the right by criticizing him on issues such as gun rights, but has raised little money and is an underdog in the race.

Hyde defended his comments in a text message to the Herald-Tribune.

“The FBI starts acting for a politically motivated (Department of Justice) they are more acting like tyrants and that’s why we have the Second Amendment,” Hyde said.

Hyde also seemed to confirm that he is being provocative to get media attention.

“Did you even consider I might be using hyperbole and rhetoric because I know how susceptible you are to it?” Hyde said. “No point in spending money on mailers when you’ll print my name for free.”

Hyde and Buchanan both live in Sarasota County but are running in congressional District 16, which includes all of Manatee County and a portion of Hillsborough County.

Hyde isn’t the only Florida GOP candidate who has talked about killing FBI agents.

St. Augustine resident Luis Miguel, a candidate for state House District 20, was banned from Twitter this week after tweeting that  “Under my plan, all Floridians will have permission to shoot FBI, IRS, ATF and all other feds ON SIGHT. Let freedom ring.”

Follow Herald-Tribune Political Editor Zac Anderson on Twitter at @zacjanderson. He can be reached at [email protected]