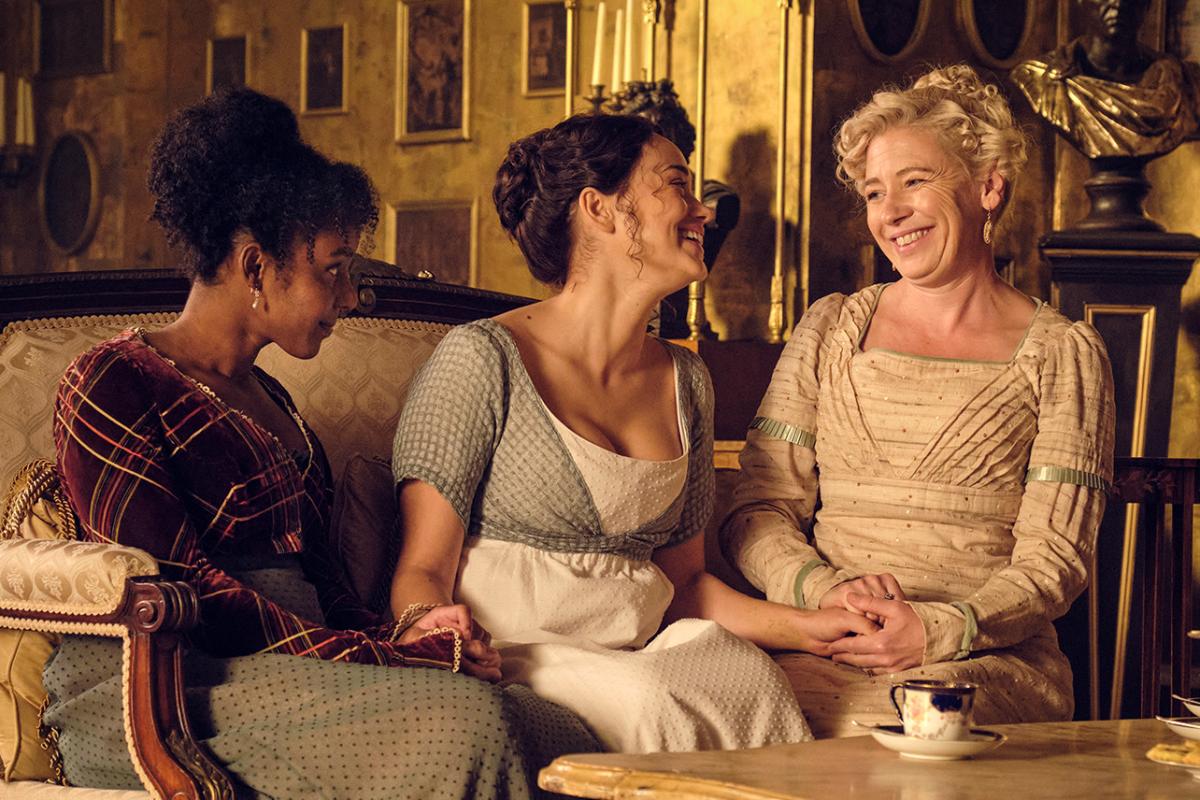 Sanditon Season 2 ends on a sour note for fans rooting for Charlotte (Rose Williams) and Colbourne (Ben Lloyd-Hughes) to get together, but their story isn’t over yet. When Masterpiece on PBS resurrected the canceled show for another season, they actually ordered two new seasons of Sanditon. Sanditon Season 2 and Season 3 were shot back-to-back last year, meaning that more Sanditon is definitely on the way…

Sanditon is based on Jane Austen’s last, unfinished novel. The story follows Charlotte Heywood as she journeys to the seaside resort of Sanditon, where she meets aspiring entrepreneurs, miserly grand dames, and dashing gentlemen. In Sanditon Season 2, Charlotte is reeling from the news that her first love, Sidney Parker (Theo James), has died. However, she is soon distracted by a job working as a governess for the withdrawn Alexander Colbourne. The two slowly build a friendship and eventually fall in love. However, Colbourne whiffs his chance at proposing to Charlotte, prompting a fight between the would-be lovers. At the end of Sanditon Season 2, we learn that Charlotte has returned home to her family’s farm in Willingdon and has accepted a proposal from local farmer Ralph (Cai Bridgen).

But how long will you have to wait for Sanditon Season 3 and who will (and who won’t) be returning to the fictional Regency seaside resort? Here’s everything we know so far about Sanditon Season 3…

Will There Be a Sanditon Season 3?

Yes! In fact, production has already wrapped on Sanditon Season 3. That means it’s already filmed and is very definitely coming to Masterpiece on PBS.

When Will Sanditon Season 3 Premiere on Masterpiece on PBS?

Sanditon fans are going to have to be a little bit patient! Decider understands that the plan is for the third and final season of Sanditon to premiere on Masterpiece on PBS in early 2023.

What Will Happen in Sanditon Season 3? Who in the Sanditon Cast Will Return? And Who Won’t?

Decider has been told that Sanditon Season 3 will further explore the relationship between Charlotte and Colbourne. Of course, there’s a hiccup.

“The kind of cliffhanger of the season is that Charlotte is now engaged to Ralph,” Sanditon showrunner Justin Young told Decider. “So at the top of Season 3, that’s where we will find her. And that’s the question going into Season 3: She loves Colbourne. He loves her. We know that. But now she’s engaged to Ralph and how is that going to play out?”

Young has also confirmed that Charles Lockhart (Alexander Vlahos) will also return next season, but don’t expect him to make amends with Georgiana (Crystal Clarke). Still, things should be looking up for Miss Lambe. Crystal Clarke told Decider, “I feel good about where we leave Georgiana after these two seasons. I feel really good about it. I’m excited for people to see it and I’m excited to see what people’s reactions are going to be.”

A few characters who won’t be back in Sanditon Season 3? Colonel Lennox (Tom Weston-Jones) and Esther Babbington (Charlotte Spencer).

“I don’t think it’s spoiling much to say, I don’t think we’ll see Lennox again in Season 3. He’s kind of gone,” Young said. “I think Esther, where we leave her at the end of Season 2, I think she’s got everything she’s ever wanted. She’s happy, married, and now she has a child that she adores so I think that’s the end of Esther’s story as far as I’m concerned.”

“I’ve always said with respect to this show, I think the way we built it is that, like a novel, I think we have to honor that characters have finite stories. So when their stories are done, rather than just having them in the kind of ensemble treading water, I’d rather just say that’s the end of their story and they move on and we bring new characters in,” Young said.