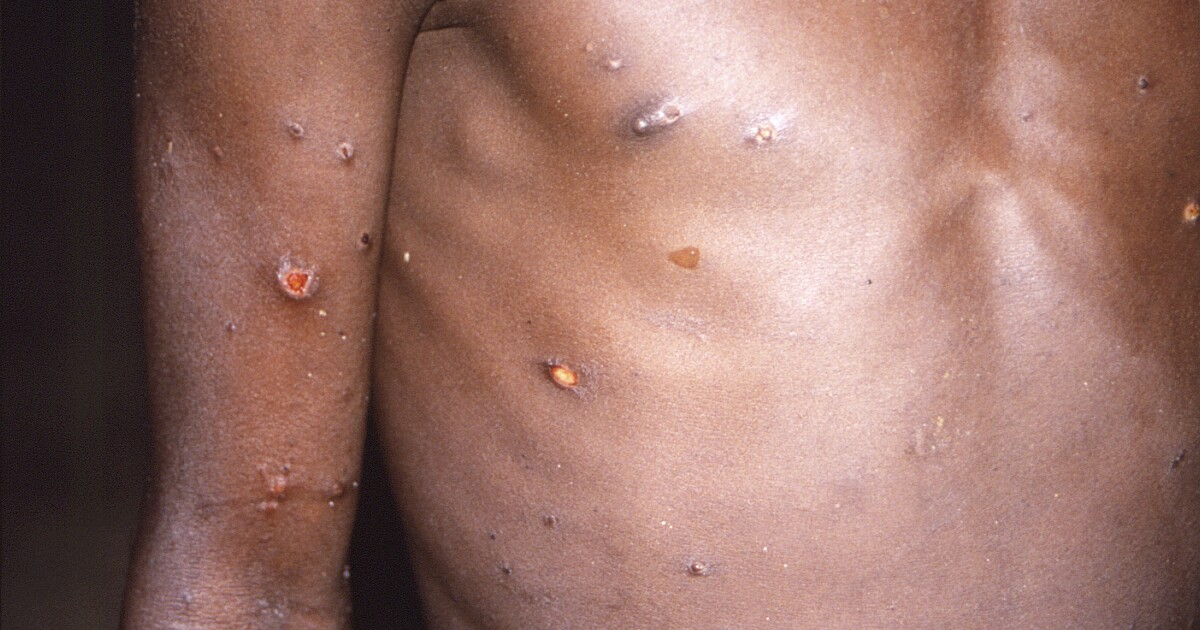 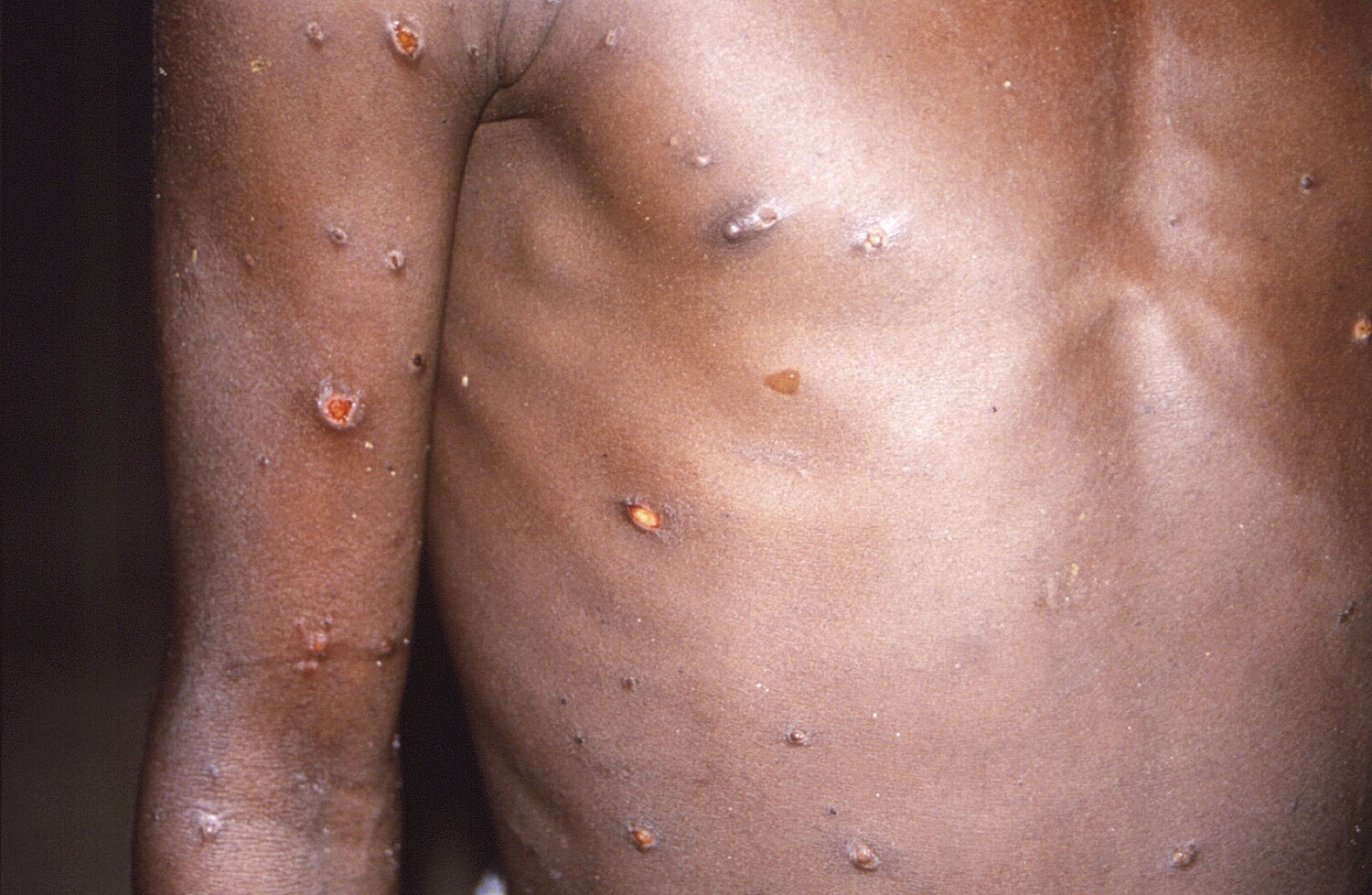 The person is a San Francisco resident who traveled to a location with known cases, health officials said. The person is in good condition, is isolating and has reported no close contacts in San Francisco during the time the person was infectious.

The latest case means there are five confirmed or suspected monkeypox cases in California.

Los Angeles County reported its first suspected monkeypox case Thursday. Sacramento County has reported one confirmed case and two suspected cases, both of which are close contacts of the first case.

Health officials say the risk to the general public is low, in part because monkeypox is nowhere near as contagious as COVID-19. L.A. County public health director Barbara Ferrer said Thursday that there is no sign people should worry about a massive outbreak of monkeypox locally, but officials are preparing for more cases.

Monkeypox is far more likely to spread through close, sustained, skin-to-skin contact with someone who has an active rash and monkeypox skin sores. The virus can be spread during sexual and intimate contact and through shared bedding and clothing. It’s also possible it can be spread through kissing and breathing at very close range.

In many recent cases, during the early stages of illness, the rash has been mostly in the genital area. The rash can also spread widely across the body.

“We want to emphasize that this is not a disease that spreads easily through the air like COVID-19. However, we do want people who might have been exposed to watch out for symptoms and to see a medical provider immediately if they develop symptoms for an evaluation,” San Francisco health officer Dr. Susan Philip said in a statement.

“While most cases resolve on their own, monkeypox can be serious in rare cases and we want to prevent further spread in the community,” Philip said.

Some recent patients with monkeypox have described intense pain.

“It can be really painful and some patients have reported needing prescription pain medicine to manage that pain. The sores can also cause long-term scarring on the skin,” Capt. Jennifer McQuiston, deputy director of the U.S. Centers for Disease Control and Prevention’s Division of High Consequence Pathogens and Pathology, said at a news briefing Friday.

Most of the recent cases of monkeypox in the U.S. known to the CDC have occurred among men who have sex with men; one recent case occurred in a woman who had traveled to west Africa. Officials emphasized that anyone can become infected and spread monkeypox, including healthcare workers and family members caring for those who are ill.

Traditionally, monkeypox is believed to begin with a fever and feeling of being unwell, followed by a rash. But in some cases, the rash has appeared first. Other symptoms can include headache, muscle aches, backache, chills, exhaustion and swollen lymph nodes. Rare complications include lesions that appear in the eye, which can endanger vision.

The monkeypox rash results in well-rounded skin lesions, and as they progress, they turn into papules, which are higher raised areas of the skin that can appear like a pencil eraser, McQuiston said. They can then fill with a clear fluid, which turns into pus.

The rash can appear similar to syphilis and herpes, which are far more common than monkeypox. McQuiston said it can be confusing to initially distinguish monkeypox from other illnesses, and that’s why healthcare providers should be on the alert for potential cases and request a test if they think it could be monkeypox. In some recent cases in Europe, people have been infected with both monkeypox and a sexually transmitted infection.

“They should test for monkeypox, even if they think they might have a positive test for another, more common” sexually transmitted infection, McQuiston said.

The recent global monkeypox outbreak has resulted in more than 700 reported cases, McQuiston said. In the U.S., at least 25 cases have been identified in 11 states as of Friday afternoon.

No deaths have been reported in the current monkeypox outbreak worldwide, McQuiston said. Patients whose cases have been reviewed by the CDC as of Friday are either recovering or have already recovered, “and those who still have a rash are being advised to stay home and stay away from other people until they’re fully recovered.”

Full recovery happens “when all of the sores have scabbed over, the scabs fall off, and new healthy skin has emerged,” McQuiston said. A person is no longer contagious once all the scabs have fallen off.

The CDC released new information Friday on the first two cases of monkeypox in this outbreak.

On May 4, two men in the U.S. had symptoms consistent with monkeypox and had recently returned from traveling outside the country, McQuiston said.

In Massachusetts, a man developed a rash with fluid-filled skin lesions and sought outpatient medical care four times. On May 12, he was hospitalized for management of pain from that rash, McQuiston said.

On May 4 in New York City, a man sought treatment for a lesion in the mouth and a painful rash that also developed into blister-like sores, McQuiston said.

By mid-May, news coverage broadened of monkeypox cases in Britain. On May 7, British health officials announced a case of monkeypox in a man who returned to Britain from Nigeria, where there has been a resurgence of monkeypox for the last five years. Then, British health authorities reported more cases on May 14 and May 16 that were not linked from that traveler.

Based on that news coverage from Britain, healthcare providers for the Massachusetts patient on May 17 contacted state and CDC officials requesting testing be done of the patient’s viral samples. A Massachusetts lab confirmed the presence of an orthopoxvirus — a group of viruses that includes monkeypox — and confirmatory testing the next day by CDC verified the sample was monkeypox.

Recent monkeypox cases in the U.S. known to CDC officials have been among adults, McQuiston said, and most reported international travel in the 21 days before their symptoms began. It generally takes seven to 14 days for a person to develop symptoms after being exposed to monkeypox, but it can take up to 21 days.

McQuiston said authorities are working hard to contain the outbreak.

“Our containment strategy is focused on identifying cases, identifying their contacts and making sure they get vaccine offered to them and that cases are being isolated to prevent onward spread,” McQuiston said.

The recent outbreak is concerning because monkeypox cases are not usually found in the U.S., officials have said.

Monkeypox was discovered in 1958 in colonies of monkeys kept for scientific research. The monkeypox virus is typically found in rodents and primates in central and western Africa, according to the CDC. The first human case was documented in the Democratic Republic of Congo in 1970.

The only previous U.S. outbreak of monkeypox occurred in 2003, leading to 71 confirmed or suspected cases — mostly in Wisconsin, Indiana and Illinois. Those who were infected had come in contact with pet prairie dogs obtained from an animal distributor in suburban Chicago that had been housed near Gambian giant rats and dormice that came from Ghana.

Though monkeypox can be fatal in countries where healthcare resources are poor, the 2003 U.S. outbreak did not lead to any deaths.