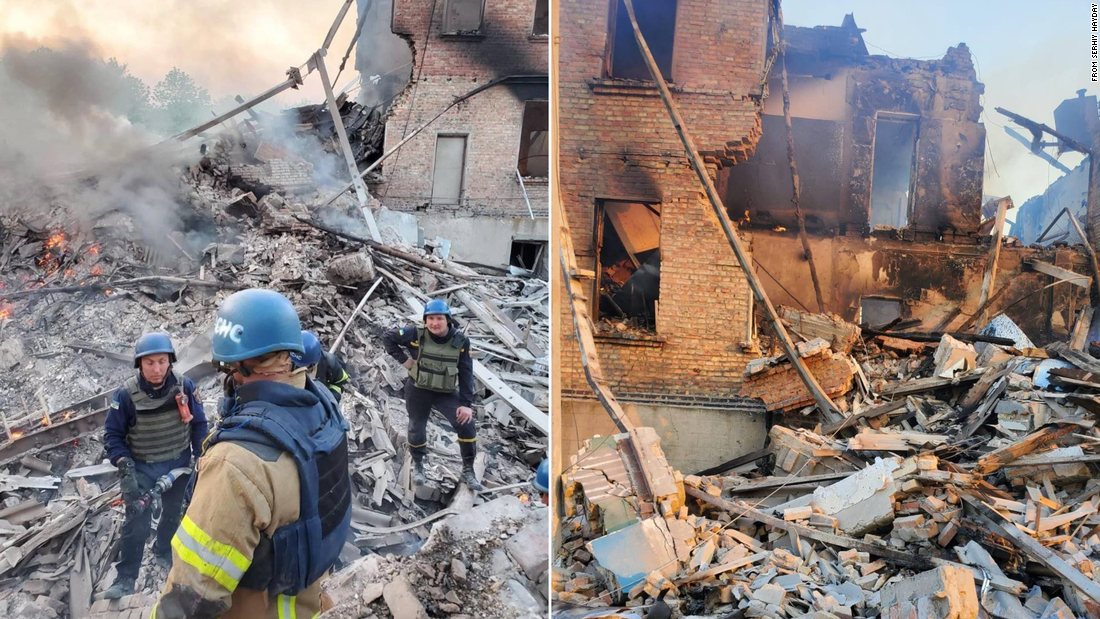 In a speech marking Russia’s Victory Day on Monday, President Vladimir Putin sought to link his country’s struggle against Nazi Germany in World War Two with his invasion of Ukraine and baselessly claimed the West had given him no choice.

Putin said the intervention in Ukraine was necessary as the West was creating “threats next to our borders” and “preparing for the invasion of our land.”

He also said the West didn’t want to hear Russia’s proposals for dialogue.

“NATO countries did not want to hear us,” Putin said, adding that that means “they had very different plans and we could see that.”

“Russia gave a preemptive rebuff to aggression — it was a forced and sovereign decision,” he said.

Putin told troops that “today you are defending what your grandfathers and great-grandfathers fought for.”

He also addressed the soldiers of Donbas” who “together with Russian soldiers” are fighting for the “motherland.” Donbas, a sprawling heartland region that blankets much of eastern Ukraine, has been the front line of Ukraine’s conflict with Russia since 2014.

Fighting has intensified in the region in recent weeks as Putin refocused his war strategy following stiff resistance from Ukrainian forces.

“I address the servicemen of Donbas,” Putin said in the speech. “You are fighting for the motherland, for its future, so that lessons of World War Two are not forgotten,” he said, adding, “there is no place in history for the punitive divisions of Nazis.”

“We bow our heads in the memory of our comrades in arms who died in the just struggle for Russia,” he said.

After those remarks, a moment of silence followed.