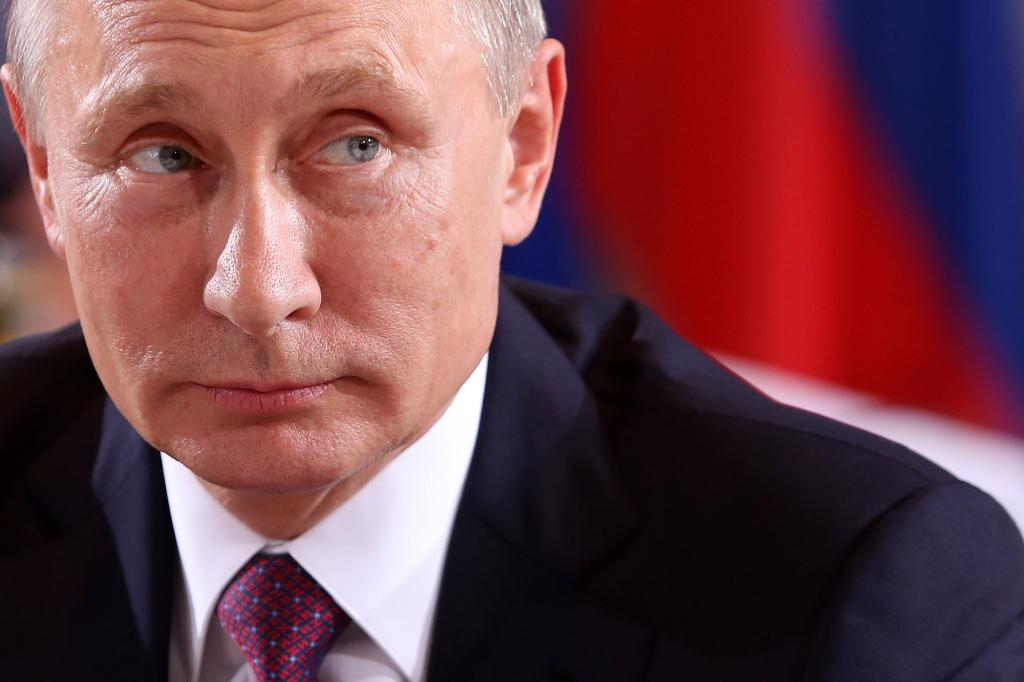 Russian President Vladimir Putin is “very ill with blood cancer,” an oligarch close to the Kremlin said in a secret recording obtained by New Lines Magazine.

The type of cancer was unspecified, New Lines reported in a story discussing myriad rumors about Putin’s health.

“The recording represents rare testimony by someone with proven ties to the Russian government that its fanatical dictator may well be seriously unwell,” the magazine stated of the comments made during a mid-March discussion with someone described as a “Western venture capitalist.”

“He absolutely ruined Russia’s economy, Ukraine’s economy and many other economies — ruined [them] absolutely,” the unnamed oligarch said of Putin on the tape. “The problem is with his head. … One crazy guy can turn the world upside down.”

The man is an energy tycoon who is currently outside of Russia with a net worth that puts him on the list of the 200 richest Russian businessmen. He can be heard on the tape vehemently criticizing the invasion of Ukraine and questioning the purpose of more than 15,000 Russian soliders’ deaths.

And he says “we all hope” Putin dies from his cancer or possibly from some intervention such as a coup, to spare Russia from further misfortune.

The oligarch “had no idea he was being recorded,” on the 11-minute tape, New Lines said, adding that it identified the man by his voice but withheld his name “because of the high probability disclosing it would lead to state retaliation,” noting Russia’s law that imposes 15 years in prison for spreading “fake news.”

It noted that Roman Abramovich, owner of the Chelsea Football Club in London, may have been poisoned in March amid his efforts to negotiate a peace deal with Ukraine and said eight other oligarchs “have turned up dead since January,” including two purported to have murdered their wives and children before committing suicide, one in Spain and one in Moscow.

Ukraine’s head of military intelligence also claimed Putin has cancer and suggested that a coup to remove the Russian leader is already underway.

Maj. Gen. Kyrylo Budanov said the heavy losses that Russian forces have suffered prelude a defeat by the end of the year and will “eventually lead to the change of leadership of the Russian Federation.”

“This process has already been launched, and they are moving into that way.”

The Times of London noted rampant speculation about Putin’s health after he was seen on several occasions walking with an apparent limp and a puffy face that could suggest he’s being treated with steroids. And during last week’s Victory Day Parade, the Russian leader was wrapped in a heavy wool blanket.

The Times also cited an investigation by Proyekt, an independent Russian publication, that disclosed that Putin is accompanied almost everywhere by three doctors, including an oncologist, or cancer specialist, and that the leader bathes in the blood from the antlers of young reindeer, an “alternative treatment” he learned of in Siberia.

Moreover, the New Lines story pointed to a memo sent out to officers in the Federal Security Service (FSB), the successor to the Soviet KGB, telling them not to speculate about Putin’s health or “trust rumors about the president’s terminal condition.”

The instructions had the opposite effect, convincing most FSB officers that Putin is ill, the magazine reported.