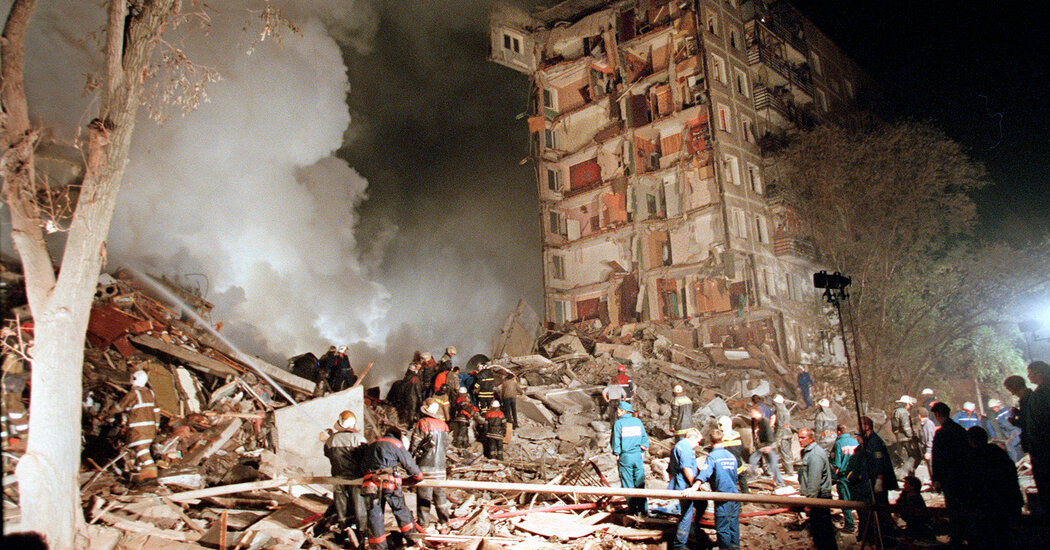 The claim by the Federal Security Service, or F.S.B., of a Ukrainian attack, was quickly dismissed as a hoax. There was no crater in or around the building in the video, which looked more like an abandoned hut than a border guard shelter. The nearest Ukrainian military outpost was 25 miles away.

The episode recalled a series of events in 1939, when the Soviet Union shelled a village on its border with Finland. The Soviets blame Finland for the attack as a pretext to invade. That case helps explain why, on Monday, skepticism greeted claims by the F.S.B. that it had identified a Ukrainian woman as the culprit in a fatal car bombing near Moscow over the weekend.

The F.S.B. had seemingly solved the murder of Daria Dugina, the daughter of a notorious ultranationalist ideologue, with uncharacteristic speed. But the agency is less a serious law enforcement agency than a political tool. And like its Soviet-era predecessor, the K.G.B., the F.S.B. has been dogged for years by suspicions that it blames others for crimes it either committed itself, or had no real interest in solving because they involved well-connected Russians it dared not touch.

Russia’s president, Vladimir V. Putin, presided over one of the murkiest and most notorious examples of this while serving a prime minister in 1999, when he blamed Chechen militants for a series of apartment bombings in Moscow that killed more than 300 people.

Those allegations were seriously undermined when residents in an apartment block in Ryazan, a town southeast of Moscow, found sacks of what looked like explosives in their building. It turned out that the sacks had been planted there by the F.S.B., which apologized and claimed that they had been put there as part of an antiterror drill and contained only sugar.

More than two decades later, the affair is still shrouded in mystery, though one thing is clear: The apartment bombings opened the way for a new Russian miliary onslaught against Chechnya and for the ascension of Mr. Putin — until then a little-known former K.G.B. spy — to the Russian presidency just a few months later.

Chechens were also blamed by the F.S.B. for the 2015 murder of Boris Y. Nemtsov, a prominent opposition politician. Many believe his killing, on a bridge next to the Kremlin, was ordered by the Kremlin or its loyal security services.

Another prominent Kremlin critic, Anna S. Politkovskaya, was assassinated in 2006. Several men were convicted in connection with her killing, but they did not include the person widely suspected of having orchestrated it: an F.S.B. colonel.