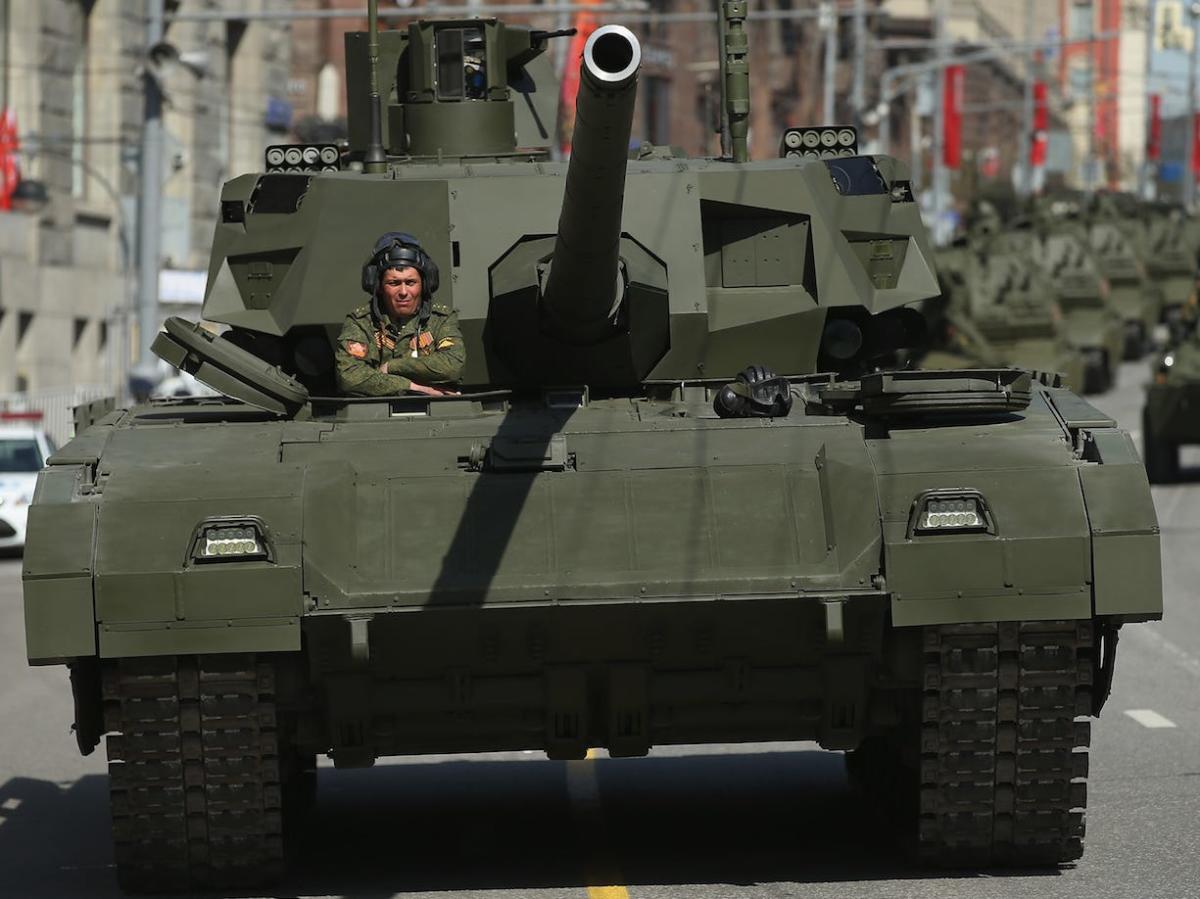 Russia wants other nations to buy its advanced T-14 Armata, but Russia itself doesn’t seem that interested in the new tank.

Not only has the Russian army bought few T-14s, but the Armata has been largely absent from what should have been its baptism of fire — the Ukraine war.

Nonetheless, Rosoboronexport — the state arms company that manufactures the Armata — tried to sell the new tank at Army 2022, a big defense trade show sponsored by the Russian government.

Previously, only a scale model of the vehicle had been displayed at the IDEX trade show in Abu Dhabi in 2021, which led to “about six countries” expressing interest in the T-14, Rosoboronexport claimed.

Since the Armata was made public in 2015, Russia’s next-generation tank has worried Western analysts, who fear it might dominate current NATO main battle tanks — such as the M1 Abrams, Challenger 2, and Leopard II — that are Cold War-era designs dating to the 1980s.

After the failure of the Future Combat System project, America’s next tank is likely to be just an upgraded Abrams. European countries may develop the Main Ground Combat System tank — if they can muster the political unity and funding — but at best, the MGCS won’t appear until 2035. The Armata is operational now.

These tended to be smaller, cheaper, and more expendable than their Western counterparts, which reassured NATO that its outnumbered but more technologically advanced tanks could prevail against massed Russian armor.

But experts were shocked by the new design and concept of the Armata, a high-tech vehicle that features an active protection system to shoot down anti-tank rockets, sophisticated sensors and data networking, onboard drones, and a high degree of automation.

Most notably, the T-14 has a 125mm cannon housed in an unmanned turret, allowing the crew to remain safely nestled inside the thickly armored hull. The thinner armor on tank turrets is often a point of vulnerability, as has been seen in Ukraine, where Western-made anti-tank weapons have claimed many Russian tanks.

In effect, with the Armata, Russia appeared to have developed a tank that could defeat NATO tanks through quality rather than quantity.

Perhaps Russia itself had doubts. Moscow initially announced plans to buy 2,300 Armatas by 2025, at an estimated $4 million apiece. By 2020, that number had been pared to 132, as the Russian army opted to modernize its existing tanks.

The Armata “became a hostage to many new technologies and systems introduced into it,” according to Russian defense magazine VPK. “At first, it looked more than innovative and aroused explosive interest. But the vehicle was prohibitively expensive. As a result, the Ministry of Defense came to the conclusion that there was no need to hurry with large batches of Armatas. And the emphasis should be on the T-72, T-80 and T-90 tanks, using the huge modernization potential built into them back in Soviet times.”

In that sense, the Russian army may have been prescient. Ukraine claims that Russian tank production has been crippled by Western sanctions that have deprived manufacturers of imported components, especially electronics that Russia can’t manufacture domestically.

Given that Western electronics have been found in numerous Russian weapons recovered in Ukraine, this raises the question of whether Russian industry can build the Armata as long as sanctions continue.

That might not worry the Kremlin. As with many Russian “wonder weapons” — like bizarre nuclear-powered cruise missiles and Su-57 stealth fighters that have barely flown over Ukraine — new Russian arms seem to be more about propaganda than military capability.

If a nation such as India, which has operated Soviet- and Russian-made tanks since the 1950s, opts to buy even a few Armatas, it would be good publicity for Russian technological prowess.

The question is whether other countries will choose a tank that Russian factories may be incapable of delivering and that Russia itself isn’t buying.

Michael Peck is a defense writer whose work has appeared in Forbes, Defense News, Foreign Policy Magazine and other publications. He holds a master’s in political science. Follow him on Twitter and LinkedIn.